Keshet envisions a world in which all LGBTQ Jews and our families can live with full equality, justice, and dignity.

Keshet works for the full equality of all LGBTQ Jews and our families in Jewish life. We strengthen Jewish communities. We equip Jewish organizations with the skills and knowledge to build LGBTQ-affirming communities; create spaces in which all queer Jewish youth feel seen and valued; and advance LGBTQ rights nationwide.

Not too long ago, lesbian, gay, bisexual, transgender, and queer Jews were largely invisible in American Jewish life. Marriage equality wasn’t on anyone’s radar — certainly not on the radar of most synagogues and Jewish organizations — and there was not a single gay-straight alliance at a Jewish high school.

Keshet changed that reality. Founded in 1996 as a small, volunteer-run group in Greater Boston by Jonathan Krasner and Jared Goldfarb, Keshet is now a national organization with offices in the Bay Area, Chicago, and New York, in addition to our headquarters in Boston. We are the only organization in the U.S. that works for LGBTQ equality in all facets of Jewish life — synagogues, Hebrew schools, day schools, youth groups, summer camps, social-service organizations and other communal agencies. We have developed the leadership of LGBTQ Jewish teens, trained Jewish educators to prevent anti-LGBTQ bullying and celebrate LGBTQ Jewish identity, and mobilized Jewish communities to protect marriage equality and transgender rights.

What Do We Do? 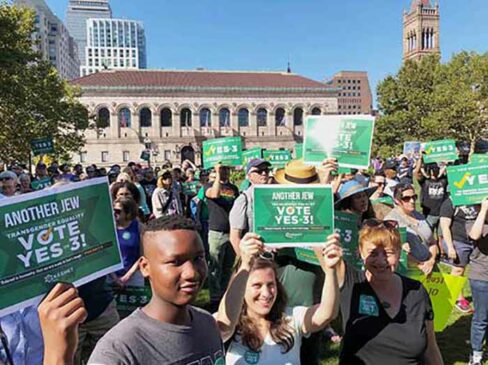 Fighting for justice is a deeply Jewish act. Together, we rally the Jewish community to put our values into action by advancing LGBTQ rights nationwide. 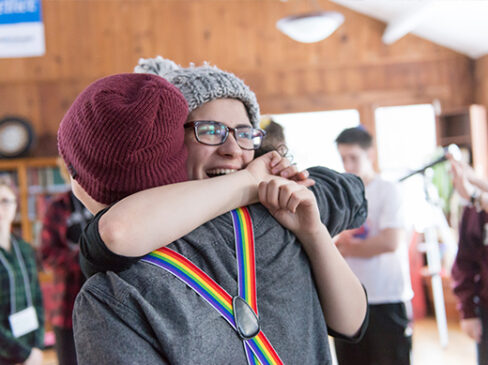 Join our one of a kind Shabbat retreats for LGBTQ and ally Jewish teens.

Join our one of a kind Shabbat retreats for LGBTQ and ally Jewish teens. 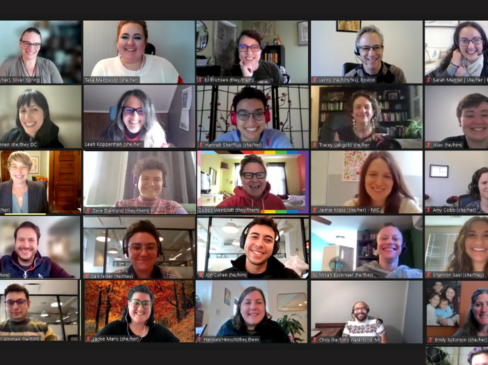 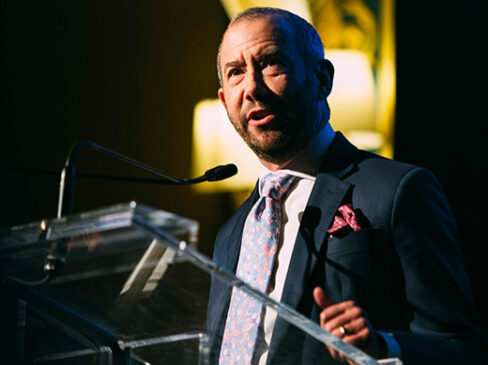 Keshet’s Board of Directors 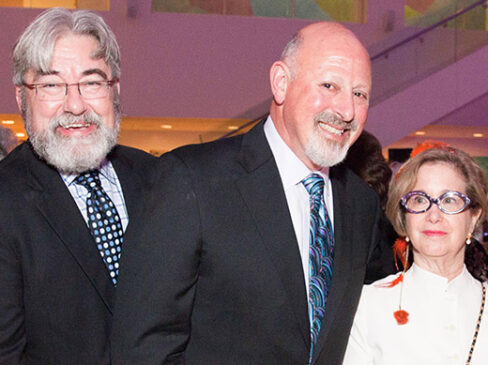 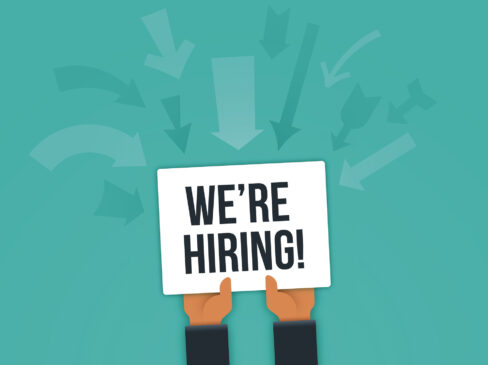 Passionate about LGBTQ equality and inclusion? Check out what positions are available at Keshet! 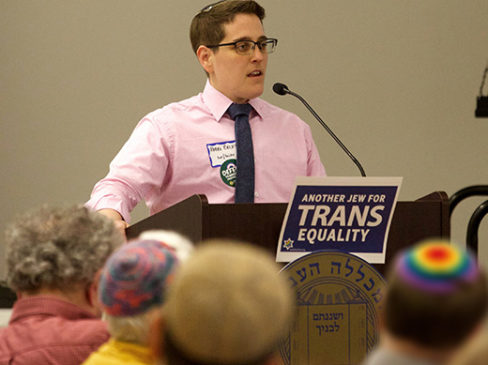 Keshet in the News 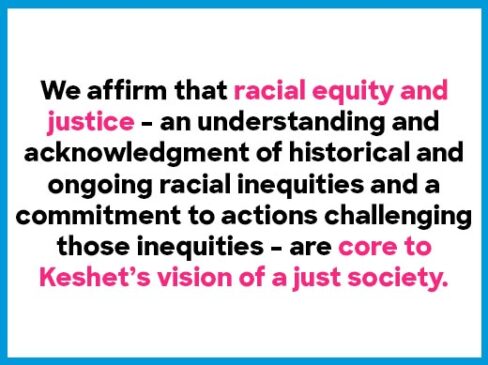 As we strive for justice and equity, we are committed to addressing the needs and elevating the voices of LGBTQ Jews of Color. 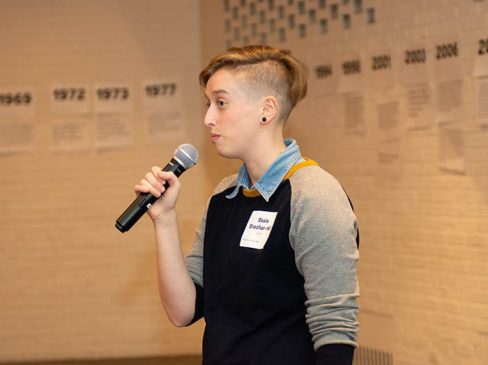 Keshet's organizational values are rooted in a Jewish ethical framework that mandates the pursuit of justice and the creation of compassionate, caring communities. 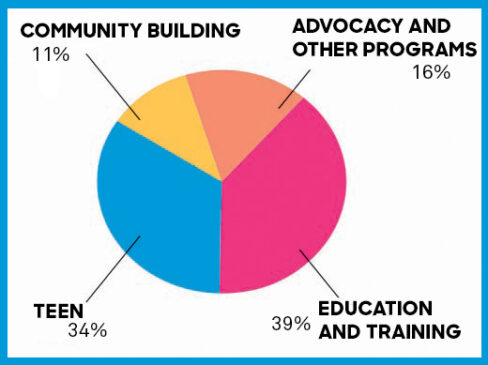 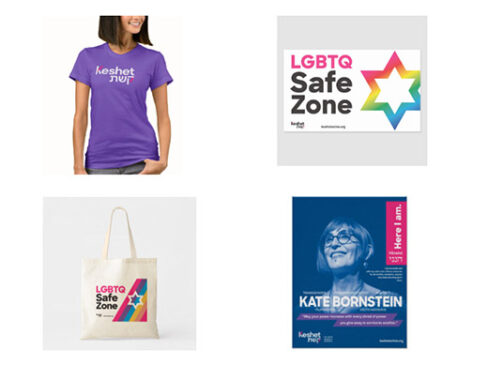 Show your Jewish LGBTQ Pride with these Keshet products! 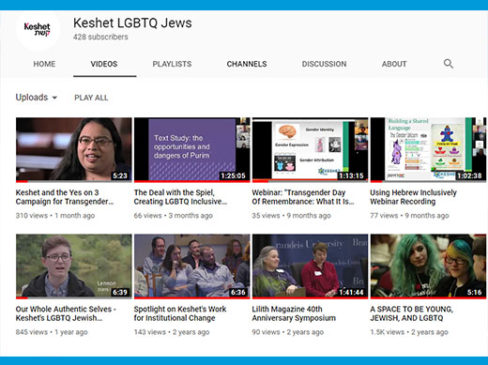 Watch and learn with these LGBTQ Jewish videos. 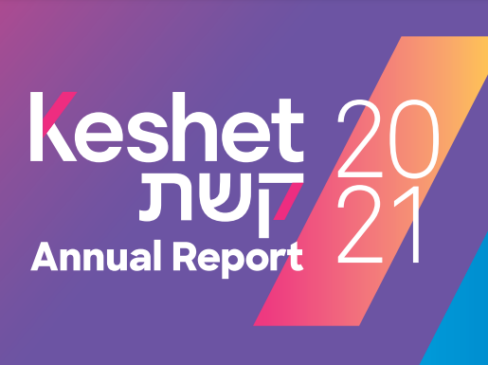 Our report looking back at 2021 is out! Check it out to see many of the people in our community and what we've been up to. Many thanks to everyone who contributed to a powerful year for Keshet. 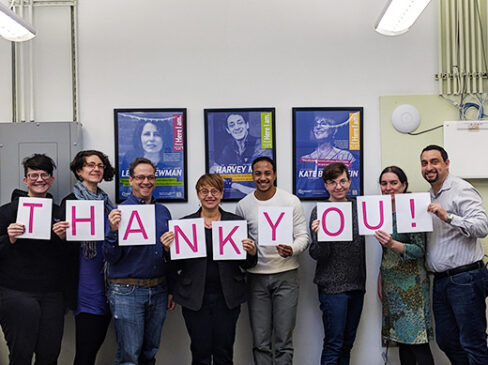 Support Keshet to build Jewish communities in which all LGBTQ Jews and our families feel at home. Together, we will advance LGBTQ equality in Jewish life and the broader world. 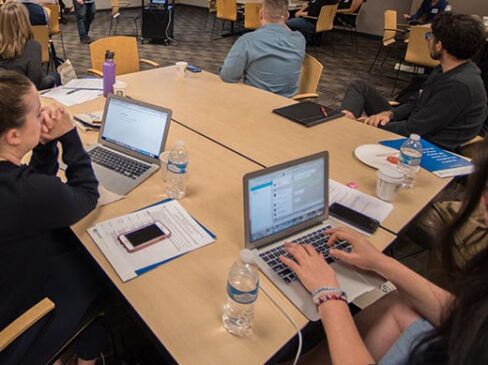 Keshet is committed to protecting the privacy of all of our constituents, including donors and program participants.

Keshet (קשת, KEH-shet) is a Hebrew word meaning both “rainbow,” a symbol of  LGBTQ pride, and “bow,” an instrument for action.