I have been out as transgender for the last two years. The first year was incredibly difficult: despite living in an incredibly accepting household and community, I struggled with a visceral feeling of moral failure. This feeling, often called “internalized transphobia,” is a byproduct of growing up in a society that, despite one’s immediate surroundings, systemically rejects transness and fails to show trans youth that we belong. I feared that my being trans was some kind of divine punishment, and this fear caused a significant decline in my mental health.

I did not expect to find my solace in religion. I did not grow up in a significantly religious household, nor did I feel particularly inclined to seek out religious spaces. As a Jewish person of color, I felt disconnected from the Jewish spaces that were around me due to their racial and ethnic homogeneity. So, when I signed up to attend a Keshet Shabbaton, I was not expecting anything particularly significant to happen. 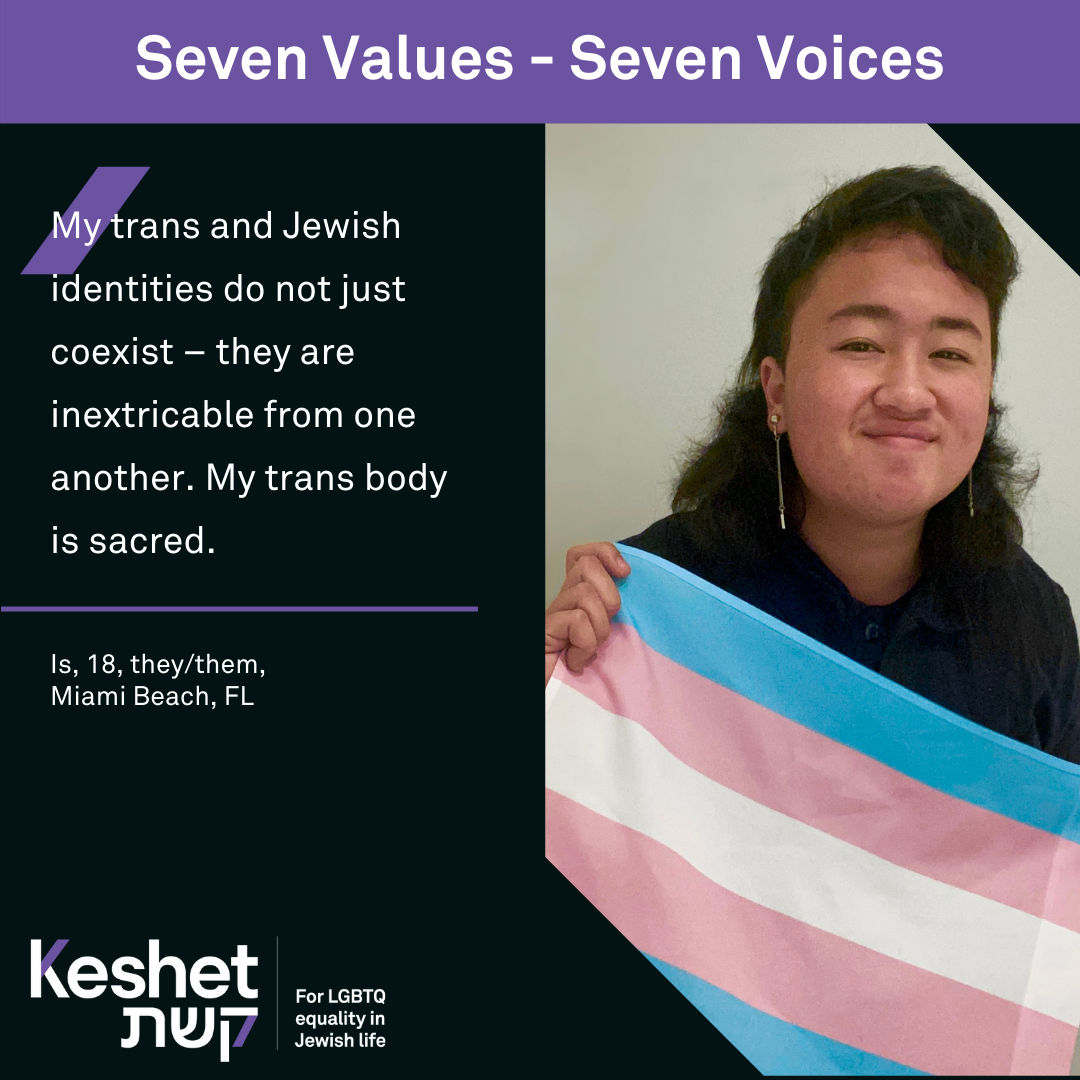 At the Shabbaton, I was introduced to the concept of B’tzelem Elohim – being made in G-d’s image. I initially struggled with the concept – It was difficult to see my trans body as anything other than a mistake. Still, the text insists, “When G-d created man, They made them in the likeness of G-d; male and female They created them.” Many people read this as saying that G-d made humans either male or female. But when I read this I see that G-d Themself encompasses more genders than either/or – and made people who reflect this too. Regardless of my complex self-image, G-d deliberately made me trans – G-d made me like Them.

Being able to see my transness as something holy radically shifted my self-perception. As I transition, I frame my experiences in the sanctity of transformation. I recite prayers when I do my T-shots and thank G-d for making me trans. My trans and Jewish identities do not just coexist – they are inextricable from one another. My trans body is sacred.

Keshet shared seven reflections from trans and non-binary teens leading up to the High Holidays in 2021/5781. Check out the collection here.

Resources for LGBTQ Jews of ColorSupporting Transgender and Non-Binary Individuals