Our massive thanks to all who contributed to the Dare to Dream campaign honoring Idit Klein’s 20 years of leadership at Keshet. The campaign wrapped at the end of April having raised over $580,000. Keshet is humbled by your generosity.

Dare to Dream funds will fuel the next chapters of Keshet’s work:

Expand and strengthen our online and in-person youth programs. The pandemic brought hundreds of new youth into Keshet’s programs. We must continue to serve them even as we relaunch and expand our signature in-person programs.

Dare to Dream funds will help ensure these programs are accessible and support more robust outreach efforts to reach even more youth, particularly the most vulnerable.

Build our presence in cities and states with thriving Jewish communities but anti-LGBTQ political climates. Hundreds of thousands of LGBTQ Jews live in states where their rights and safety are under threat. Keshet must have the resources to mobilize those communities to fight for LGBTQ rights.

Dare to Dream funds will help Keshet show up for thousands of LGBTQ Jews in states like Florida, Texas, and Ohio, creating change and mobilizing where the need is greatest.

Seize exciting new opportunities. When Idit started leading Keshet in 2001, no one could have predicted where we’d be today. Idit always looks to take the next strategic leap.

Dare to Dream funds will provide the resources for Idit and Keshet to take on new challenges with boldness and a visionary commitment to equality and belonging for us all. 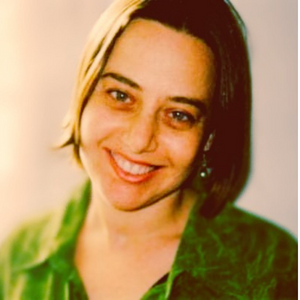 September 2001: “How is what you are doing a Jewish issue? And are there really so many of you gay and lesbian Jews?”

Twenty years ago, Idit Klein became the head of Keshet, previously an all-volunteer, Boston-area LGBTQ Jewish organization. Early skeptics didn’t understand why Keshet needed to exist and minimized the many ways LGBTQ Jews were excluded from Jewish life. Undeterred, Idit and other early Keshet leaders showed through their words and actions that vibrant Jewish life and meaningful Jewish values demand the full embrace of LGBTQ Jews, our families, and communities. 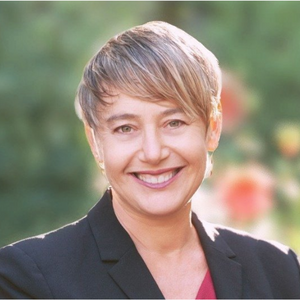 Fall 2021: Taking up the work that began in earlier generations, Idit’s unique leadership has built Keshet into a powerful national organization that is making it possible for LGBTQ Jews to thrive in every Jewish community.

Keshet changes and saves lives, making an impact on hundreds of thousands of people every year. Through programs with synagogues, schools, camps, JCCs, and an array of Jewish organizations, we train, support, and mobilize Jews to be allies and leaders for LGBTQ equality and belonging.

Early on at Keshet, Idit supported organizing efforts for the first Gay-Straight Alliance at a Jewish high school. We told this story in Keshet’s 2005 documentary film, Hineini: Coming Out in a Jewish High School, which has reached hundreds of thousands of viewers. Idit understood that Jewish leaders, teachers, parents, and youth all needed to start talking about what was right in front of them: that LGBTQ Jews are in every Jewish community and every family. Today, ¼ of all Jewish high schools in the United States have Gender-Sexuality Alliances.

Keshet creates spaces where queer Jewish youth can breathe. Through in-person immersive programs and now online programs, Keshet offers spaces where queer youth can be their full selves, where they feel powerful, beautiful, and fully seen. Idit dreams of a day when our youth no longer must retreat from their home Jewish communities to feel affirmed.

STANDING UP FOR LGBTQ EQUALITY IN EVERY COMMUNITY

Idit believes that LGBTQ equality should be on the social justice agenda of every synagogue and Jewish organization. In 2018, Keshet mobilized Massachusetts Jewish communities in the “Yes on 3” campaign, to fight attempts to repeal trans rights in the state. With Idit’s leadership, Keshet engaged over 70% of Massachusetts synagogues and other Jewish institutions. This organizing effort marked the single largest mobilization of any faith or ethnic community for trans rights in American history.

Just as our Jewish communities should stand up for LGBTQ rights, Jews must be proactive about embracing – not just tolerating – LGBTQ Jews in every Jewish community, even where it is most challenging. Idit has prioritized expanding Keshet’s presence nationwide in parts of the country where our work is most needed, starting with Florida. Keshet’s mission, always, is to reach the day when all LGBTQ Jews will feel at home in their communities.

Idit Klein has been at the forefront of all this work, leading with chutzpah, vision, compassion, and a steadfast commitment to LGBTQ Jews and the Jewish community.

Thank you for supporting Dare to Dream: A Campaign for the LGBTQ Jewish Future. Together our community raised over $580,000 in honor of Idit’s bold leadership and to support Keshet in taking on the next challenges facing LGBTQ Jews.