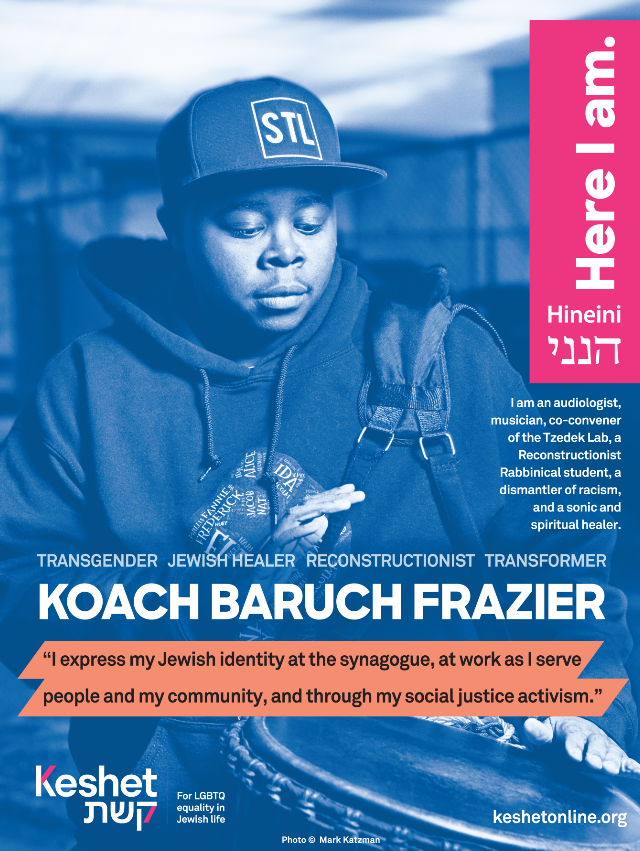 KB is an audiologist, musician, co-convener of the Tzedek Lab, a Reconstructionist Rabbinical student, and a queer, trans Jew. A collaborative and spiritual leader, KB travels the nation, striving to dismantle racism and actualize liberation, and was on the boards of the Missouri GSA Network and Central Reform Congregation. Common to all of these roles is KB’s commitment to healing and transforming lives. “I express my Jewish identity at the synagogue, at work as I serve people and my community, and through my social justice activism.” This includes drumming for justice “using my djembe — an African drum — that provided the cadence, much like a heartbeat, to help us as we marched [in Ferguson*].”

*On Aug. 9, 2014, the “Ferguson Uprising,” involving widespread protests, began after the murder of Michael Brown, an 18-year old, unarmed, African American by a white police officer.