Abortion Justice is a Jewish and LGBTQ+ Issue

Everyone has the dignity and the moral right to decide if, when, and how to build our families. No matter whether we are straight or LGBTQ, no matter the color of our skin, no matter our faith or culture, we all are worthy of respect, dignity, and freedom.

June 24, 2022. The decision by Justices Alito, Barrett, Gorsuch, Kavanaugh, Roberts, and Thomas to strip away the right to abortion is a direct attack on the fundamental dignity and freedom of all Americans. It will cause unknowable cruelty and suffering to millions through immediate, profoundly harmful abortion bans and limits. Pregnant women, trans, and non-binary people will die as a result of this decision.

We didn’t arrive at this moment overnight, or even in the weeks since this ruling was leaked. This Supreme Court decision is the culmination of a decades-long campaign by an extremist, predominantly white Christian minority to impose their religious and cultural beliefs on the majority of Americans who support abortion rights. Keshet, and the Jewish and LGBTQ+ communities, will fight to reverse this court decision and ensure abortion access for all. We call on our elected and appointed leaders to protect abortion using the powers that they now hold.

Keshet was proud to join 150+ Jewish organizations at the National Council of Jewish Women JEWISH RALLY FOR ABORTION JUSTICE, Tuesday 5/17. 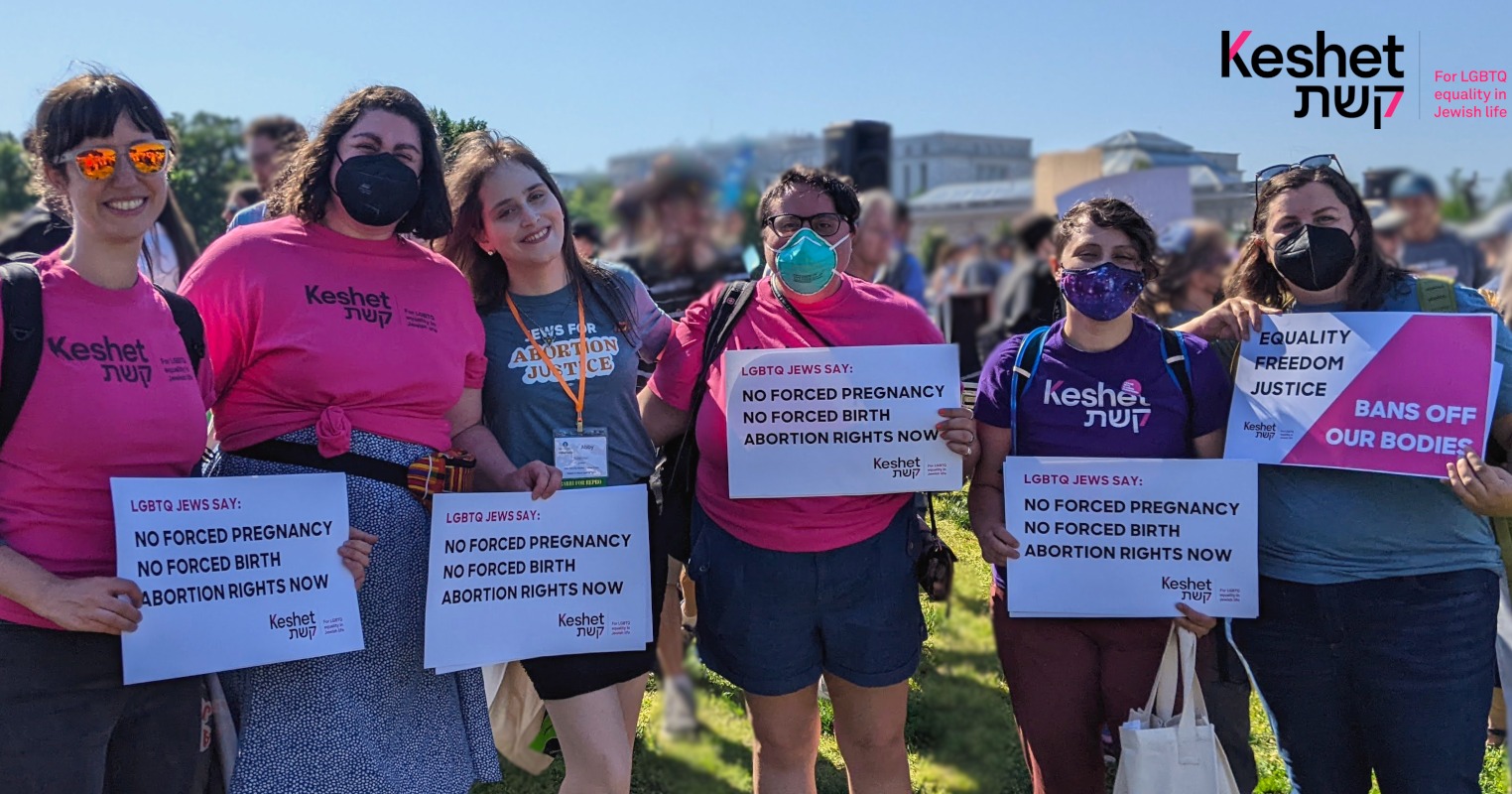 Click here to watch NCJW’s video from the rally.

The U.S. Jewish community continues to come together, fiercely, to reject the Supreme Court’s move to overturn the Constitutional right to abortion.

At the May 17 Jewish Rally for Abortion Justice, Keshet’s beloved leader Abby Stein spoke on our behalf among an incredible lineup of voices from across the Jewish denominations and including many allies.

The overwhelming message was that in every way possible, our tradition teaches us to trust in each other’s moral and health decisions and to fight for the dignity and care that is our human right. Not in spite of our faith, but because of it.

In a partnership with the National Abortion Federation (NAF), NCJW launched the Jewish Fund for Abortion Access, to help provide funding for people to access and receive abortion care.

The Jewish Fund for Abortion Access will help in this moment of crisis by:

Our Jewish tradition teaches us to practice compassion and care.
Keshet will never stop fighting for a world of love and justice for all.