You belong in the Jewish community. Intolerance doesn’t.

Hear from the perspective of a queer trans Jew about identity and belonging in Jewish spaces.

To this day, I still remember how I used to feel safe walking into synagogue as a child. Preparing for the holidays, I was filled with such excitement laying out the new dress my mother had freshly ironed. It was soon to be stained with drops of grape juice and dirt from playing with the neighborhood kids as we awaited the Rabbi’s announcement that it was time for kiddush (blessing over wine or grape juice before a Shabbat meal).

Walking through the doors of our synagogue, I used to feel a wave of relief and a rush of excitement. Every week, I counted the days until I once again could be in our synagogue, a place that was crafted and molded just for me; a place whose sole purpose was to serve as a meeting ground for Jews just like me to participate in our culture, our heritage, and our birthright.

My feelings of safety, relief, and excitement all began to change when I started fitting together the full picture of who I really was. As I aged, I began to outgrow my simple relationship with my Jewish community as if it were an old sweater that no longer fit. A large and crucial aspect of my identity became crystal clear… I was queer and transgender.

With this realization, sitting in my seat in the pews of my synagogue began to feel unbearable. I began to shuffle and shift anxiously. I felt like I was sinking into a pit of anxiety that was growing beneath the wood benches. As I sat, my mind became plagued by a thought that would play over and over again like a broken record…

“What if they figure out who I really am? Will I still belong?”

In the beginning of my self-realization, I still looked the same. To the untrained eye, the change in my own comfort level was invisible, and I felt as if I should just keep my queer identity a secret. However, as time went on, my discomfort grew and poisoned any enjoyment I had during religious services. Instead of thinking of how grateful I was to have a Jewish community, all I could focus on was how uncomfortable I felt in the dress I felt forced to wear.

I’d wake up on a holiday like Rosh Hashanah and instead of jumping out of bed to lay out my new dress, I dragged. Inside, I thought, “This will all be over in a few hours.” I watched as my brothers rushed out the door in their suits and thought, “I wish I could wear a suit,” but accepted that that was simply not an option for me. I didn’t “belong” in a suit, I “belonged” in a dress.

I came out as queer when I was 17. On my 18th birthday, I had decided that I was going to shave my head. I cried as I watched my curls hit the floor, but as I looked at my finished work in the mirror, I smiled. “That looks like me,” I thought. And then I cried again, not in mourning for my long hair, but in celebration of my newfound freedom.

At the time, I worked as a teacher at my Modern Orthodox synagogue during the High Holidays. Even with my short hair, I still wore a dress, and I remained tethered and bound to my role as the “Good Jewish Girl”… until one morning. I looked at my closet and decided that enough was enough and that my life was my own to live. I put on the suit I always dreamed of wearing.

To say I was anxious would be putting it lightly. Walking to synagogue, I repeated over and over to myself, “There is absolutely nothing wrong with being queer.” At the doors of my synagogue I paused, my hand on the handle, as I realized this was the last day I’d play the “Good Jewish Girl.” In my class on Rosh Hashanah, I asked my students what they hoped to see and do in the new year. While the kids spoke excitedly, I thought of my own hopes. I promised myself there and then that I would never hide again. Who I am isn’t anything to be ashamed of.

I felt confident. I felt happy. I felt like myself… until the Rabbi sent a note later that week. He said he was thankful for my service at the synagogue, but that I was no longer welcome unless I wore a dress to teach. I was gutted and embarrassed, but I knew there was nothing wrong with being a queer trans Jew. I handed in my letter of resignation.

This story, however, has a happy ending.

Today, I’m writing at my desk with a fresh fade I recently got from my barber. I’m sitting in the apartment I share with my husband, only a few months after we declared our love and and celebrated our union under a chuppah (wedding canopy) at our Jewish and queer wedding. It was the happiest day of my life. As I reflect on my past, my uneasiness, my anxiety, and my performance as the “Good Jewish Girl,” I realize that while I no longer put on dresses or wear my hair long, that does not make me a “Bad Jew”.

The first time my husband took me to his family’s Conservative temple, he held my anxious and sweaty hand pressed against his as we walked through the front door. Services were led by a woman rabbi. I looked around and loved how different everyone looked. I had never seen this kind of representation in my old corner of the Jewish community.

With the beginning of tears in my eyes, I saw families with kids with alternative haircuts and clothing. My inner child smiled ear to ear. I sat and thought, this is Judaism. Judaism is not one thing we all have to conform to, but a collection of people from varied backgrounds and flavors and ways to live and practice.

And most importantly… I knew that I, too, belonged.

Through the years and alongside my undyingly supportive husband, I have found countless more Jewish organizations, temples, and synagogues who have welcomed me with open arms and celebrated me in my full, unashamed queer and trans identity.

This Rosh Hashanah, I am renewing my yearly “promise”: to remain true to myself and continue to show up to services and in every Jewish space I choose to be in as my authentic self. If you’re reading this and feeling like there’s no place for you in Jewish community, or like you have to play a character in order to fit in, this Rosh Hashanah, I wish to remind you of one thing and one thing only:

You belong in the Jewish community. Intolerance doesn’t. 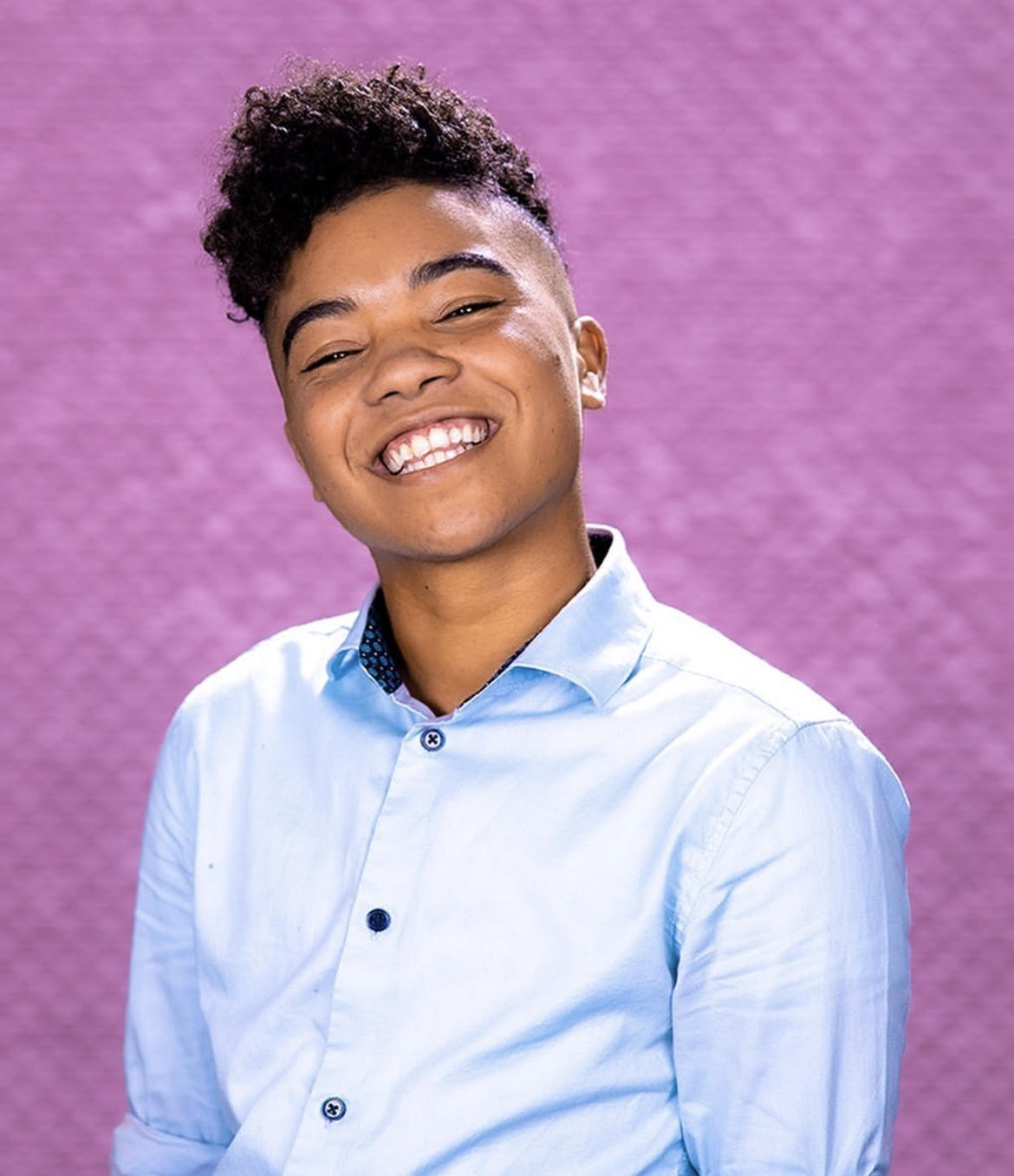 Born and raised in Miami Beach, Sage Rosenberg (they/he) comes from an orthodox Jewish background as a half black/half white biracial person. As an out and proud queer and non-binary person, Sage has dedicated their adult life to utilizing the pain of being seen as “other” in their childhood in order to become the person they needed when they were younger and have transformed their social media presence (@kingfemme) into a safe haven for people to explore the realms of gender and sexuality.