We’re sharing seven reflections from trans and non-binary teens every week until the High Holidays. Join our email list to read all seven, or check out the collection here.

I am a queer, gender nonconforming, Modern Orthodox Jewish teen, so my journey has not been easy. I came out in an Orthodox middle school and was immediately branded as an outcast. But I’ve received way more support than I expected. 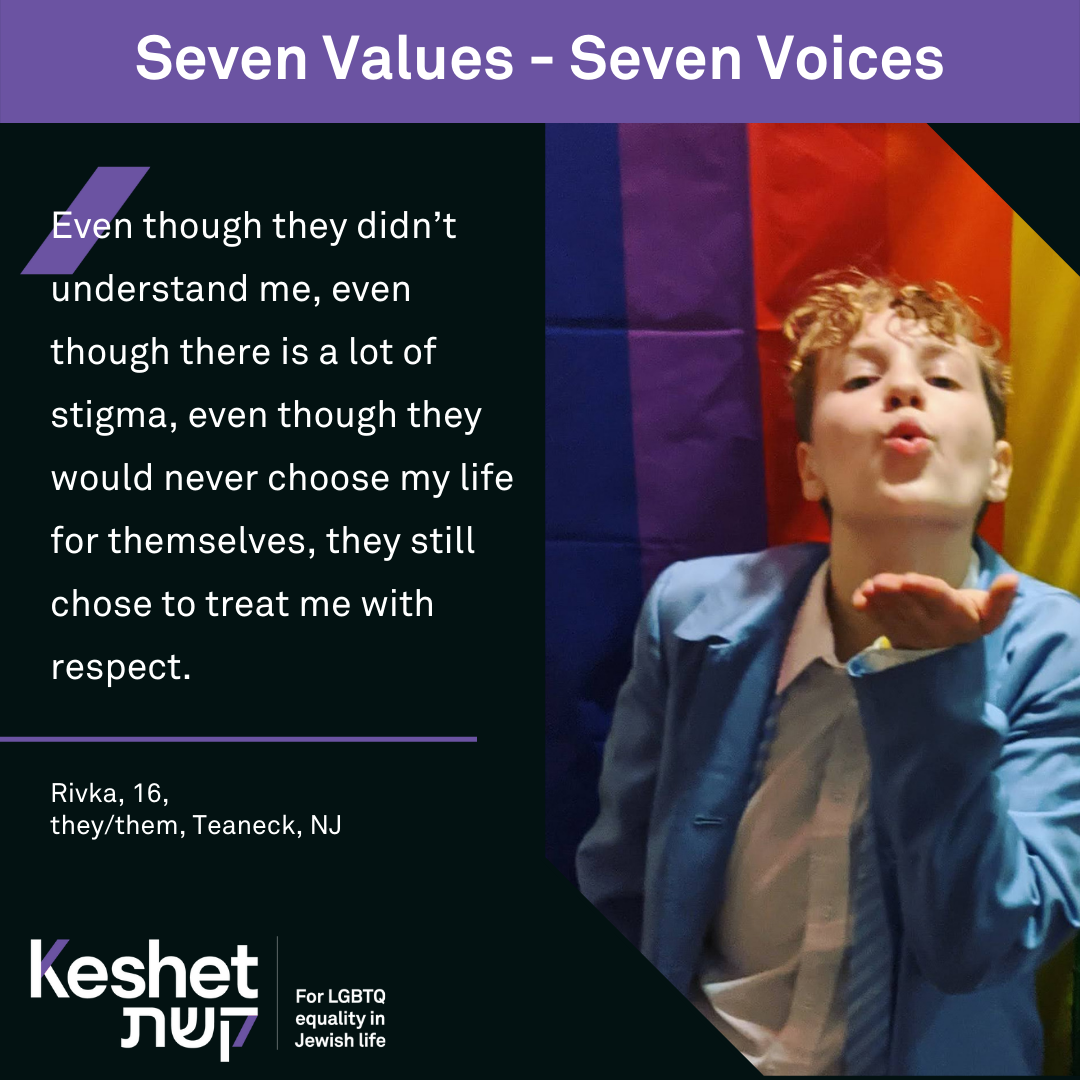 When I came out, the school leadership sat down with students and told them that they had to respect me even if they disagreed. After some girls refused to room with me on my school trip because they didn’t want to share a room with a lesbian, several other girls offered to take their place. After I published an article titled “On the Need for LGBTQ+ Inclusion” in The Jewish Link, my local newspaper, about my struggles in being an Orthodox queer teen, I expected a lot of backlash. I kept waiting for criticism, stigma, and homophobia from the members of my community. It never came. Instead, I received an overwhelming amount of support from neighbors, parents of friends, and complete strangers. They were perfectly embodying the Jewish value of V’ahavta L’reacha Kamocha, or “love your neighbor as yourself.”