Teshuvah can mean more than just repentance; it can also mean honoring yourself for who you are.

I was raised to believe that the idea of repentance was laced with fear. From 7-12th grade, I attended a very conservative Christian school that taught me to fear God and to fear eternal hellfire. I was taught that when I die, even though I was baptized, even if I were “saved,” I could still go to hell if I had committed even a small sin and not been forgiven by God. As a child with obsessive compulsive disorder, I would often say small, quick prayers asking for forgiveness. It was the religious equivalent of constantly pressing “Save” (an apt metaphor) on a Word document so that it wouldn’t get deleted.

When I began the process of converting to Judaism, I came to view repentance, or teshuvah, very differently. I realized that it isn’t just about erasing sins or righting wrongs we’ve committed against others; it’s also about returning to and honoring who we are individually. In her essay “Teshuvah – A Creative Process,” Rabbi Jan R. Urbach says, “Teshuvah is a kind of creativity…in which we imitate God and become partners with God in the work of creation. And what are we creating? Ourselves.” From this perspective, teshuvah is about opening a world of possibilities by being true to who we are. And in honor of the Jewish new year, the accompanying season of teshuvah, and Celebrate Bisexuality Day on September 23, I’d like to share how I embraced teshuvah by coming out as bi.

I always knew I was bi, even before I knew the word. As a little kid, I developed crushes on other kids of all genders. But because of what I was taught from a young age, I knew that I had to suppress or deny the crushes I had on other boys. I remember watching Titanic and falling in love with both Kate Winslet and Leonardo DiCaprio but only feeling safe to talk about my “straight” crush and not my “gay” one. As I made my way through my tween and teen years, I tried to convince myself that I was straight and just going through a phase. A particularly long phase. I didn’t want to piss off God and end up in the Lake of Fire for all eternity.

I like to tell people that I came out of the closet not by kicking down a door, but by slowly chipping away at it with a spoon. That time my college friend asked me if I ever liked another guy and I tentatively said yes? A little bit of light shone through my closet door. When I moved to Chicago and confided in two of my best friends and my coworker that I wasn’t totally straight? Another beam of fabulous light. When I started going on occasional dates with other men? I had chipped away enough to see a glimpse of a rainbow.

Eventually, two things gave me the strength to toss my spoon to the side and finally open my closet door: meeting my wife and converting to Judaism. My straight wife made it clear from the beginning of our relationship that she was completely okay with me being bi and had zero hangups about it. Ours is the first relationship I ever had in which I felt fully comfortable with my bisexuality. And when I started taking Intro to Judaism classes at a local Reform temple, I met a man who was taking the class with his male partner who was choosing Judaism. Meeting them confirmed what I had learned about progressive Judaism years prior: that straightness was not mandatory for Jews. After I converted, I met other queer Jews of Color through the Union for Reform Judaism’s JewV’Nation Fellowship, which made me feel like I had an extended queer family for the first time in my life. All of this gave me the strength to be more open about my bisexuality in conversations, on social media, and in my writing.

What does all of this have to do with teshuvah?

Before we blast the shofar on Rosh Hashanah, we recite this verse: “From my straits I called out to God. [God] answered me, and set me in a wide expanse.” (Psalms 118:5) In this context, “straits” can be like being in the closet: a narrow space where we feel limited, insecure, and unable to thrive as our full selves. And yet, when we “call out” to the Divine by making the choice to live out loud as who we truly are, our straits transform into a wide, expansive, beautiful world of possibilities. Even if we cannot fully come out for our own safety, we can still make the decision to come out to ourselves and acknowledge the beauty of our queerness. Even if we can’t share our identities with others, we can still share them with God.

During the High Holidays last year, I wore my bisexual flag pin on my lapel. This year, I’m wearing my bisexual flag kippah, which was made for me as a gift by the person I’ve bought kippot from for years. This year is yet another opportunity to come out and make my identity known, to return yet again to my own authenticity. I encourage you to come out in whatever ways feel the most comfortable for you too.

Teshuvah, after all, doesn’t just have to be repentance for our sins or resolving to do better. It can also be a chance to practice self-affirmation and love, to honor who we are destined to be. I hope that no matter how you identify, during this season of teshuvah and all through the new year, you honor and love yourself for who you are. 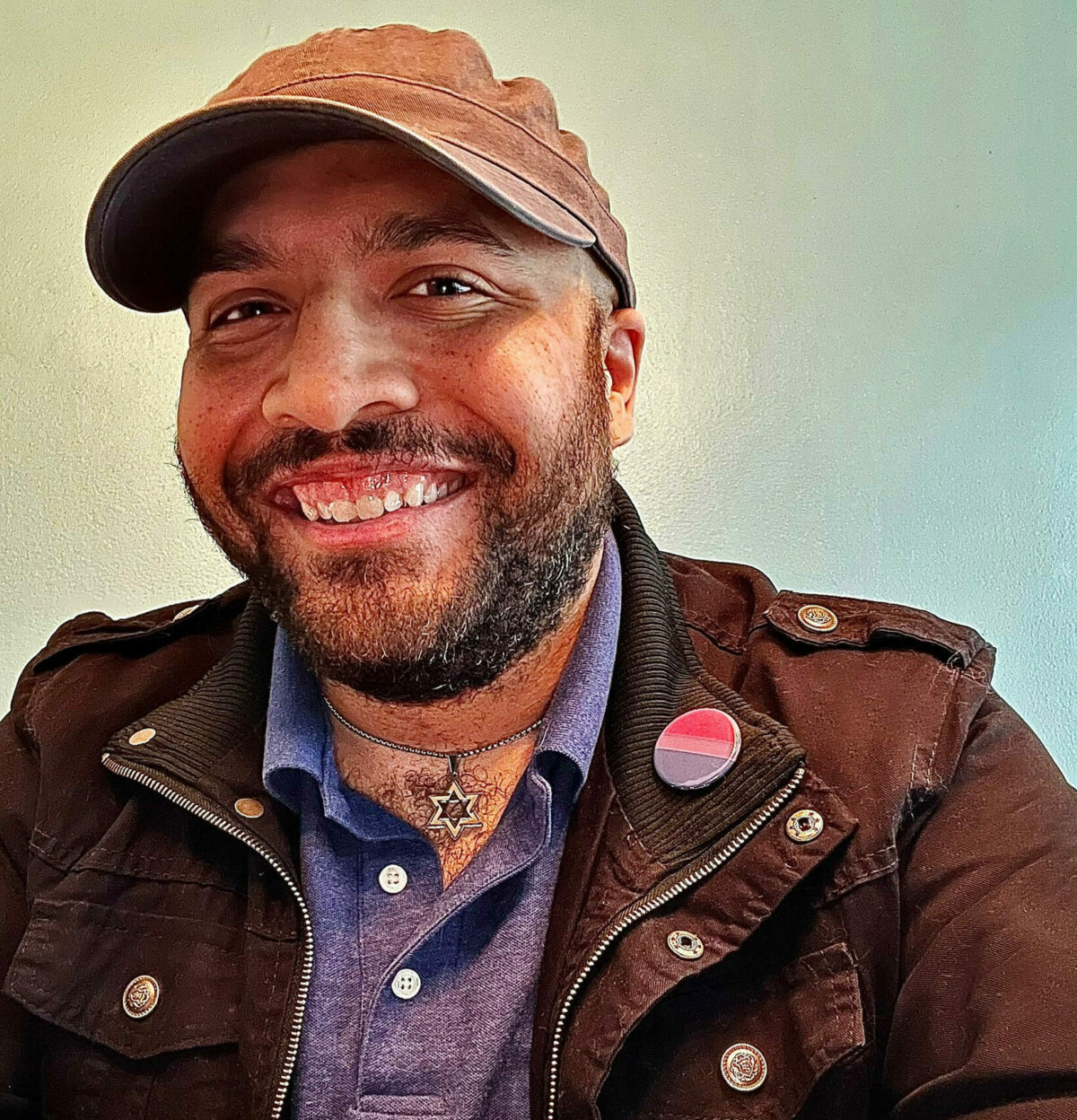 Chaim serves as Keshet’s co-Communications Manager. Before joining Keshet, Chaim served as a Writer/Editor at the Union for Reform Judaism and the Senior Copywriter at the digital marketing firm Ignite. Chaim earned his B.A. in Creative Writing from Miami University and his Certificate in Jewish Leadership from Spertus Institute and Northwestern University. He lives in the metro Detroit area with his wife and four pets and is passionate about screenwriting, Kabbalah, and everything related to owls.