We’re sharing seven reflections from trans and non-binary teens every week until the High Holidays. Join our email list to read all seven, or check out the collection here.

As I was taught since I was a young child, words are powerful. Words can be empowering, and words can be depriving and hurtful, and restrictive. The Jewish value of שמירת הלשון, Sh’mirat Ha’Lashon, or “guarding our speech,” reminds us as individuals and as a community to think about the impact our words can have, and guard the use of our own language. 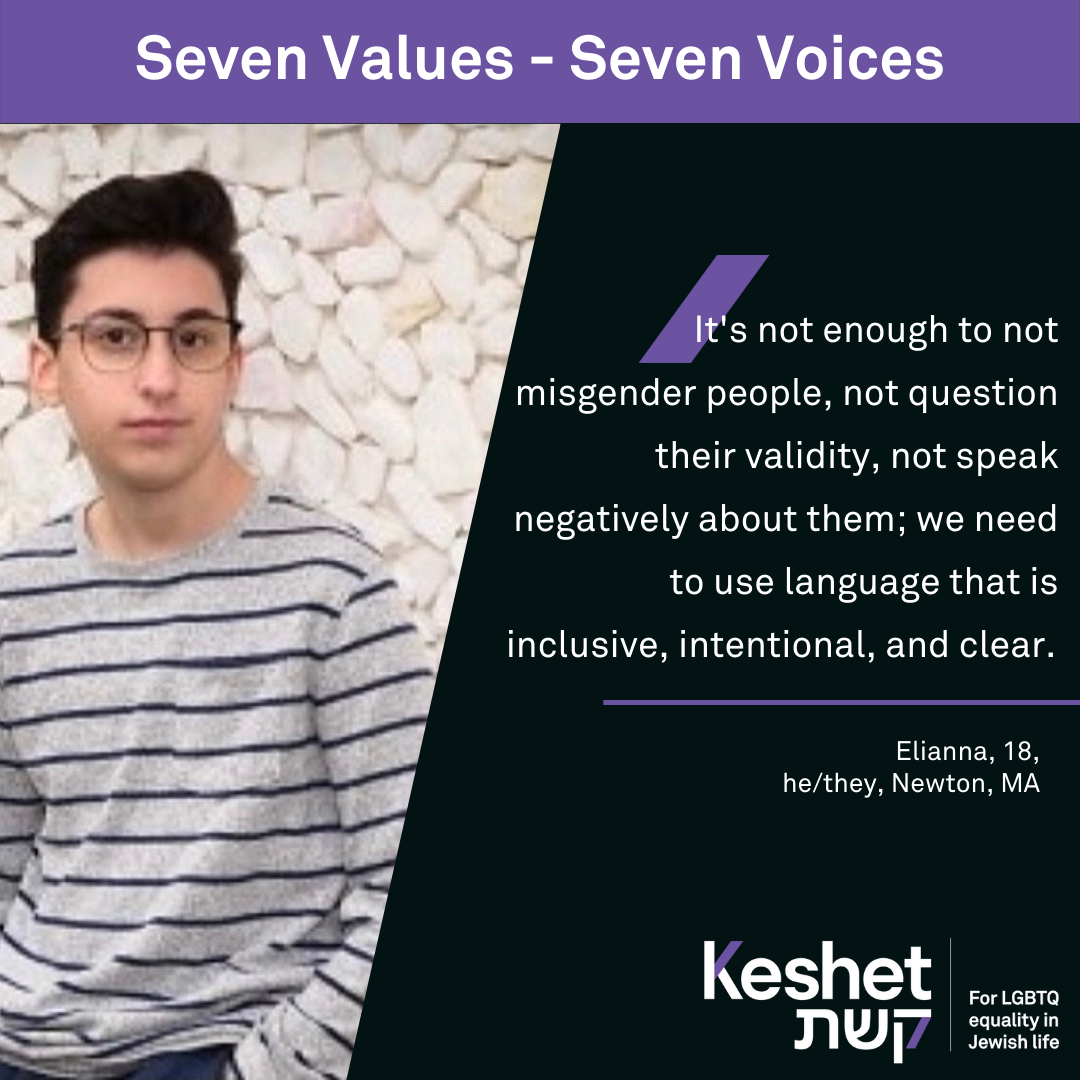 Both within the trans community, as well as the general population, there is a lot of debate about the validity of certain trans identities and what criteria need to be met to reach “real” transness. These debates result in painful gatekeeping, where people who are struggling to be seen as our full selves are told we still don’t belong. For me, I take שמירת הלשון / Sh’mirat Ha’Lashon as an opportunity for all of us to reflect on the ways we interact with other people, and not to undermine other people’s dignity by questioning whether other people really are at their core who they say they are.

Guarding one’s language doesn’t just mean refraining from saying certain things. It also means being intentional about what you do say and specifically how you say it. It’s not enough to not misgender people, not question their validity, not speak negatively about them; we need to use language that is inclusive, intentional, and clear.

Finally, I want to recognize another type of intentional language that I see as falling under שמירת הלשון / Sh’mirat Ha’Lashon. When you claim an identity, a name, a set of pronouns, or a label, you are saying “הנני” / “Hineni,” “Here I am.” You can translate שמירת הלשון / Sh’mirat Ha’Lashon differently and come to new understandings: שמירת means “guarding,” but it also means “preservation.” For trans Jews (and all marginalized people), I like to imagine שמירת הלשין / Sh’mirat Ha’Lashon as sort of the radical act of self-preservation, both mentally and physically. And as the great Audre Lorde says, “Caring for myself is not self-indulgence, it is self-preservation, and that is an act of political warfare.”