On Yom Kippur, Even Torah Does Teshuvah

Making amends isn't just for us — it's for God and Torah as well.

On Yom Kippur, one of the most meaningful days of the year, we perform one of our most meaningful rituals: reading Torah. Ben Bag Bag, one of the sages of Pirkei Avot, once said about the Torah, “turn it and turn it, since everything is in it.” Truly everything: the diversity of the Jewish people is held within the Torah and the myriad understandings of each letter. On the Day of Atonement, as the world-spanning Jewish community gathers to contemplate the past year and forgive each other, reading Torah unites us like no other ritual.

But if there are seventy facets to the Torah, some of them shimmer with rainbow sparkles, while others are dulled with shadows. In many communities, the passage recited on Yom Kippur, chosen from the thousands of verses, contains one we, as a queer community, know too well — Leviticus 18:22:

And a male: do not lie with him in the way women are lain with; it is an abhorrence.

When I hear this verse, my entire psyche protests. Why this one? Do I, a queer Jew, need a reminder that some ancestor of ours hated me — that some of our neighbors hate me? Is it my own existence I’m told I should be repenting for? These questions that reverberated in people’s hearts throughout Jewish history echo painfully on this sacred day.

What, then, can we do with this verse and verses like it? Over the millennia, different answers have emerged from the queerest corners of Jewish history for wrestling with the rituals and texts that disturb us, fight against our moral intuition, and sometimes shut us out entirely. As individual community members, we are not the only ones who do the work of teshuvah — turning and returning — Judaism does, too.

The Talmud includes many midrashim, or interpretive stories that explain the many confusions and seeming discrepancies the Torah contains. In one such midrash on Chullin 60b, Rabbi Shimon ben Pazi narrates that when the moon was created, the Holy One of Blessing explained to her that she would be the “lesser light”, despite being equal to the Sun in every way. The moon was indignant and held her ground, volleying arguments back and forth with God until God saw the error of diminishing the moon. But by that time, the damage had already been done.

God saw that the moon was not comforted. The Holy One of Blessing said, bring atonement on me, since I diminished the moon.

The story ends with the commandment to sacrifice a goat on every new moon as a memorial to God’s sincere repentance. Teshuvah is such a central value to the rabbis of the Talmud that no one — not even the ruler of the universe — is exempt.

If God can do teshuvah, then so can the Torah, and the Talmud explains how. Megillah 25b discusses many of the most objectionable and horrifying passages of the Torah, including the Golden Calf story, the stomach-churning curses for turning away from the mitzvot, and episodes of extreme violence.

Rather matter-of-factly, the rabbis explain that while these texts are certainly contained in the Torah, it’s permitted — or even required — to remediate them. In some cases, the community reads them in Hebrew but refuses to translate them into the common language, Aramaic.

Megillah 25b is a radical revolution; a queering of Judaism’s holiest texts. In less than a single ammud of the Talmud — one side of one page — the founding generations of rabbinic Judaism tell the disillusioned, alienated Jewish people, still stinging from the destruction of the Temple and exile across the Roman Empire, that it’s okay to feel wronged by the Torah. And when you feel wronged, you are not only owed an apology, but true repentance.

When the Mishnah famously taught, “it is not on you to finish the work, but you are not free to neglect it” (Pirkei Avot 2:16), the work in question does not stop with the individual righting the wrongs they have committed. The rabbis of the Talmud observed that systems generate inequality and oppression, and for oppression to be eradicated, systems must change. When we remediate our texts to bring down systems of oppression, interpersonal repair becomes global repair: tikkun olam.

But tikkun olam didn’t end with the sages of the Talmud. Over the centuries, the people of Yisrael — the people of God-wrestlers — have continued grappling with the legacy handed to them by previous generations and invented new and even queerer technology in their quest for repair.

One of the most poignant spiritual technologies to deal with tragic portions of our texts is vividly sensory: abruptly changing cantillation systems from the jaunty major key of Torah chant to the mournful, contemplative mode of Lamentations. Mourning, too, is a queer innovation — especially when it’s least expected. And if our Yom Kippur contrition is transformed into grief, we can harness it as a vehicle for change.

Finally, we can demand that the Torah change by flipping the script. Following in the footsteps of the Talmudic rabbis, the Reform Movement’s 1978 prayerbook Gates of Repentance doesn’t include the reading from Vayikra at all, preferring Parshat Nitzavim in the book of D’varim. This parshah begins:

You stand today, all of you, before ה׳, your god: your leaders, your office-holders, your elders, and your executive officers, every being of Yisrael; your children, your women, your stranger who is near your camp, from the chopper of your wood to the drawer of your water, to cross into the covenant of ה׳, your god, and the promise that ה׳, your god, cuts with you today.

The purpose is to establish you today to ה׳ as a people, and ה׳ will be to you a god, as ה׳ said to you, and swore to your ancestors Avraham, Yitzchak, and Ya’akov.

And not only with you do I cut this covenant and this promise, but with the ones who are standing here with us today before ה׳ our as well as those who are not with us today.

This seems to be the text we were looking for all along: a declaration of the universality of the Divine promise we receive, an echo of Yom Kippur’s dramatic closing service, where the Sh’ma, the affirmation of oneness, is chanted and the shofar blasts a single, final note. The Torah reminds everyone listening to the parshah that every year, we all stand at Sinai united together — irrespective of social class, gender, sexual orientation, or even religion or ethnicity, up to and including “our stranger” who is near to us. Is this what the Torah’s teshuvah looks like?

Maybe this is what Ben Bag Bag meant when he directed us to turn the Torah — not merely to roll and unroll it like a cassette tape we listen to every year, but rather to turn it around and invert it, engaging in the radical queer project of teshuvah on every level. 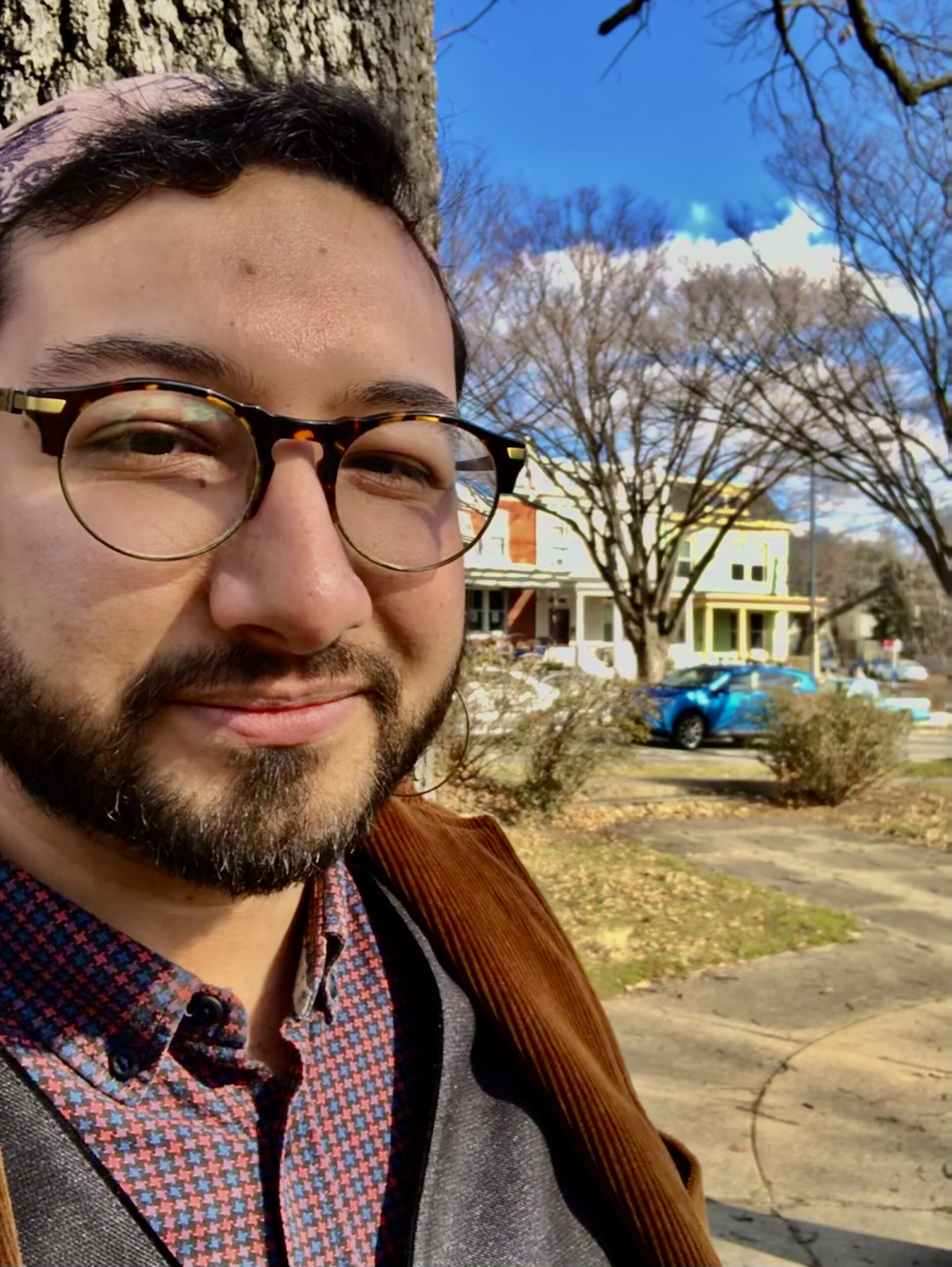 Robin Banerji (he/him) is a queer Jew of mixed Ashkenazi and South Asian heritage living in Nacotchtank, more commonly known by its colonized name, Washington, DC. A self-described Boring Queer™, he is an emerging organizer of folk dance and song, a member of the New Synagogue Project’s Team of Instigators, and a proud participant in SVARA’s Street Team.