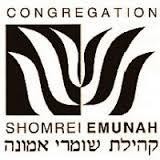 INTERPRETIVE TRANSLATION
– TARGUM –
OF TWO VERSES IN THE TORAH

And along with another male

you shall not lie

in forced sexual intercourses with a woman;

it is an abomination.

Thus the prohibition is against a man joining with another male partner in order to gang rape a woman.

Any man who shall lie

along with another male

in forced sexual intercourses with a woman

both of them [the men] have done an abomination

these [two men] shall surely die, their bloodguilt upon them.

The death penalty is explicitly directed at the two perpetrators of the rape. It is not  directed against a criminal and his victim.

INTERPRETIVE TRANSLATION
– TARGUM –
OF TWO VERSES IN THE TORAH

Some words of explanation about this page

This page offers new interpretations of two verses in the Torah – Lev. 18:22 and 20:13 – with translations that are different than the ones in our printed editions of the Torah and in our prayer books. Our interpretation of these verses is offered in place of those printed translations. Our publicizing of this interpretation is a fulfillment of a long tradition of targum – the ancient practice of offering interpretive translations to the congregation so as to promote proper understanding of our holy Torah.

Why is a different interpretation necessary?

This interpretation is offered in order to counter the opinion that the Torah stigmatizes homosexuality. The two verses have historically been read as prohibitions against homosexual sexual acts. These acts are condemned as an “abomination”

and both participants are subject to execution. Many people still refer to this Biblical  source   as   a   basis   for opposing homosexuality. The pain and suffering and loss of life directly caused by such a resort to the Torah are tragic facts that sadly continue to this very day.

The public reading of the Torah should never be allowed to become a tool that supports the promulgation of fear, contempt or hatred of others. Such attitudes have caused tragic injuries and death to human beings who are singled out because they seem to be “different” from   the   majority   of   the  community.

Targum – the interpretive translation of the words of the Torah – has been, for thousands of years, the Jewish method of insuring that the unchanged words of our Holy Scriptures can remain eternally meaningful, even as our world and our understandings change. Although, once, it was believed by many that homosexuality was evil, now, thankfully, in much of the world, we have realized the error of this view. Homosexuality per se is no worse or better than heterosexuality or any form of human sexuality.   Sexuality   is   a   fact   of   our humanity. All of us, regardless of sexual persuasion, must find a way to make our sexuality an arena of holy living. Freed of this societal stigma, we are able to revisit the Torah’s language and find a new, more inclusive, interpretation.

Jewish tradition and living are founded on the principle that the Torah cannot be read literally. It must be interpreted.

Indeed, we celebrate the Torah because it is open to an ongoing process of such interpretation. Confronted with a new interpretation of these phrases that conflicts with the one long held, how do we know which reading to choose?

We have a basic criterion. We know that the Torah is a Torah of holiness, affirming life. When we are confounded by the words of the Torah we are commanded to choose the reading that is in keeping with Her message. We choose the one that respects the humanity of others, that provides acceptance rather than condemnation. Therefore, when we read these verses in our synagogue, whether during the yearly Torah reading cycle or on Yom Kippur, this is our Targum, our interpretation for our community and, we hope, for others, as well.

The rabbi’s extensive essay on this topic, “Pithu Li Sha`arei Tzedeq – Open the Gates of Righteousness for Me ” was originally published in the Journal of the Academy of Religion, Vol 3, no 1, 2007, pp. 1-21. It can be found on our Shomrei website, www.shomrei.org.

The Central Conference of American Rabbis has published an expanded version of that essay in its volume, The Sacred Encounter: Jewish Perspectives on Sexuality, ed. Rabbi Lisa J. Grushcow, DPhil, 2014, pp. 43-56.