Learn all about this year's fabulous OUTstanding! honorees! 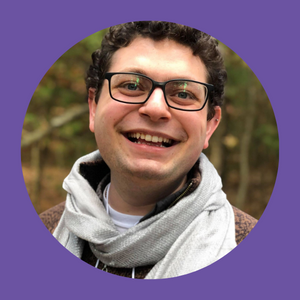 Amram Altzman has shaped the field of LGBTQ Jewish youth work for a decade with love, wit, and insight. He brings a passion for Torah, the social sciences, and art to his work as an educator and organizer. Amram attended Keshet’s first LGBTQ and Ally Teen Shabbaton in August 2012 and has remained involved with Keshet’s youth programming ever since — as a participant, volunteer, intern, and now staff. It was because of Keshet that Amram felt empowered to come out in his Orthodox community at age 15, and then to co-found the first Gay-Straight Alliance (GSA) at a Modern Orthodox high school during his junior year. In 2017, he joined the Keshet Youth Programs Team full-time and is now the Associate Director of Youth Programs. In his work on the Youth Programs Team, he has helped expand Keshet’s Shabbaton program into a robust set of in-person and online experiences for youth that empower queer Jewish teens and young adults all over North America to become leaders in Jewish and LGBTQ communities. A proud, lifelong New Yorker, Amram lives in upper Manhattan with his husband, Jamie Weisbach, and their two cats, Perle and Herschel. He is currently pursuing a master’s in Jewish Professional Studies at the Spertus Institute for Jewish Learning and Leadership in Chicago. He lives his life with an unironic, unwavering love of cats, kale, coffee, and pop music. 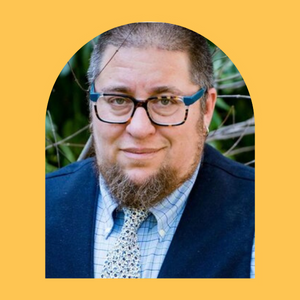 S. Bear Bergman is a groundbreaking writer, educator, and activist. Bear helped start the first GSA and now advances equity in education and trans cultural competency in business, government, and non-profit arenas. He is the author of nine books and the founder of Flamingo Rampant, a children’s press focused on feminist, LGBTQ-positive, racially-diverse children’s books. His most recent book for grownups (Blood, Marriage, Wine, & Glitter) made several “Best Of” lists and was a finalist for the Lambda Literary Award. Bergman is a much loved speaker and storyteller at universities and festivals alike, because his signature blend of wit and warmth brings all the people to the yard (regardless of their sex designation, gender identity, or gender expression, which he would like to remind you are not the same thing). 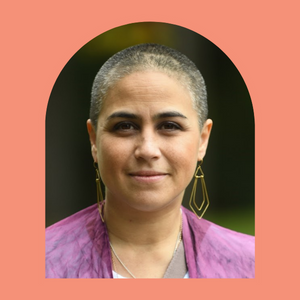 Kohenet Keshira haLev Fife sprinkles sparkles, disrupts expectations, and offers blessings wherever she goes. She is a nationally known Kohenet (Hebrew priestess), community weaver, educator, musician, and speaker on Jewish spirituality, activism, and leadership. She co-led Keshet’s LGBTQ Jewish Youth of Color Collective, serves as Oreget Kehilah (Executive Director) of the Kohenet Hebrew Priestess Institute, is Founding Kohenet of Kesher Pittsburgh, and is Program Director of the ALEPH Kesher Fellowship. She enjoys working with the Beloved Builders and Jewish Learning Collaborative, as well as serving on the board of Kavod v’Nichum. Additionally, she delights in serving as a shlichat tzibbur, life spiral ceremony/ritual creatrix, teacher, facilitator, liturgist and songstress. Her work in these realms is informed by her lived experience as a queer, bi-racial, Jewish person, her belief that Book, Body and Earth are equal sources of wisdom, and the quandaries she encounters as a scholar of the Orphan Wisdom School. Keshira received Kohenet smicha in 2017 and earned her BS 2000 and MS 2001 at Carnegie Mellon University. After many years of traveling and living in Australia, she and her beloved once again make their home on Osage and Haudenosaunee land, also called Pittsburgh, PA. 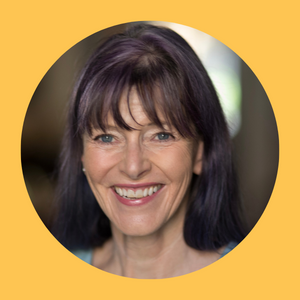 Carson Gleberman is proud to be Vice Chair of Keshet’s Board of Directors and a longtime Board member. She is a nonprofit leader and ally who has been instrumental to Keshet’s growth and success over many years. She is a Tony-awarded theater producer, whose credits include Bright Star (Tony nomination), Gentleman’s Guide to Love and Murder (Tony Award), It Shoulda Been You, and the national tour of Gentleman’s Guide to Love and Murder. Carson is Board President at Page 73 Productions, whose 2019 co-production of A Strange Loop transferred to Broadway and won Tonys for Best Musical and Best Book of a Musical. Previous professional chapters span health care operations, banking, strategy consulting, and a blog for straight, cis parents about being allies for their children and their friends. In addition to her BA from Yale, she also holds an MBA from University of Virginia’s Darden School. She lives with her husband Joe on the Upper West Side, where they raised three children to be discerning mavens of many kinds of food. If she’s not there, she’s probably at the yarn store, theater, or tennis courts.