Young lesbian from Broward writes guest editorial, ‘Forward’: Inauguration in the Eyes of a Queer Teen

Last week I received an email from Shelby Curran, 16, a junior at David Posnack Jewish Day School in Davie:

My name is Shelby Curran. I am 16 years old, Jewish and a lesbian. In addition, I am an aspiring writer. I have been reading your articles for the past few months and have been greatly moved with your commitment to the gay community and the difference you are making. I, myself, strive to be a voice for the gay community in my own light, and in particular for youth, such as myself. 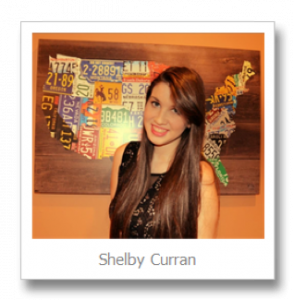 I have been thinking about President Obama’s re-election and what it means for the future of LGBTQ Americans. I am hoping that you would take the time to read my piece and consider printing it in your paper. It would greatly help me become the voice I have always strived to be, and inspire young teens like myself as you have already done. Your voice reaches many people within the community and has such an important impact.

Thank you so much for all that you do.

‘Forward’: Inauguration in the Eyes of a Queer Teen

This month, President Obama will be sworn into the presidency for the second time on Capital Hill. Many Americans believe that the initial excitement of Barack Obama has died down since first being elected in 2008. It has been argued that instead of being viewed as an individual with potential, the president is now being seen as simply restating his ideas and how he will enforce him throughout his second term.

Here’s the catch. Yes, now that we have entered 2013 and have seen Obama previously, we are aware of his beliefs because of past hindsight. However, although the meaning of “Forward” is different this time around, that does not entail that the meaning is at all lost. Americans are still “moving forward” and experiencing “change” in our lives each and everyday. The world is different than it was during Obama’s first presidency, and my hope is that it will be better and have changed yet again at the conclusion of his second term as the president of the United States.

Coincidentally, President Obama’s inauguration will be taking place on Martin Luther King weekend. African Americans have expressed a sense of utter importance that Obama will be sworn into presidency during this time, and are proud to see a member of their community vow to make change during such a special holiday. As a 16-year-old queer teen, I can relate to feeling the sense of pride when I see those who are like me achieve success. During the first weekend of January, I attended an LGBTQ Youth Shabbaton for Jewish queers and Allies through the organization Keshet. It was empowering to me to find a safe space for me to express my religious beliefs and heritage and allow them to coincide with my sexual orientation. This idea relates to Obama’s connection to African Americans in the United States,

connection to leaders of my kind and hope to learn from them so I can mature to be just as impressionable for the sake of my community and my country’s future.

Upon hearing Obama was reelected, my thoughts immediately rushed to the idea of having a true role model as the president of my country. It important to me as a young person to have the leader of our nation be someone who empowers me to be myself and spark a change. Obama’s outward support for the queer community enables me to feel proud to be an American queer and want to participate in more LGBTQ youth functions, like Keshet’s, in order to build on my sense of identity and how I can contribute to the world like Obama has. I could not imagine having a person being the face of my country who didn’t view minorities of the population as being entitled to equal rights in a land that is supposedly filled with “liberty and justice for all.”

It’s time to adjust the lens and take a new and fresh standpoint on what it means to move forward in such a broken world is now. The strides we’ve already taken have been remarkable, yet there is much more that we can accomplish. I plan to watch Obama’s inauguration with a sense of appreciation and an open mind. I treasure the repeated slogans of “change” and “forward” movement, because it emphasizes the needs all Americans, including myself and the rest of the queer community. What can we do to glide swiftly into a direction of being accepted and valued by fellow citizens? How can we take forward steps in the legal system and achieve the legalization of gay marriage in more states? When will queer teens and adults alike spark a revolutionary change, turn off the stereotypes of “normality” and turn on an idea of humanity?

It may have been said before. But I’ll say it again, because the power of Obama’s statements of “change” and “forward” movement ring loud and true for queer Americans. It is the time: This is the term to fight for that change within queer communities among the country. It may have been said before. But it shall be said again, because change is timeless.