When will acceptance be accepted? 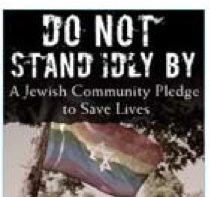 Rachel Silverman interviews the Executive Director of Keshet, exploring the issue of tolerance vs. acceptance.

Idit Klein is the Executive Director of Keshet, a non-profit, Boston based organization whose mission is to “ensure that gay, lesbian, bisexual, and transgender Jews are fully included in all parts of the Jewish community.” This week, I had the chance to speak with Klein about Keshet’s history, future and everything in between.

Lucky for me, I found confidence contagious and Klein’s assured voice reminded me I am a very capable interviewer, so I settled in and began with my questions.

Klein tells me that when she came out, in college, she did not see any contradiction between her Jewish and lesbian identity, but “for the vast majority of queer Jews, that was not the case. It was a source of struggle and there was a real choice that needed to be made between being LGBT and living a Jewish life.” This disparity, Klein adds, “is not my vision of Jewish community.” Neither is it the type of community Klein believes in or wants to be part of.

So she works to change it. 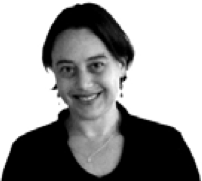 In the early days of Keshet “we served two purposes — social events bringing queer Jews together in Boston and working directly for change.” Change for Klein and for Keshet came primarily through education; training rabbis to be more inclusive of queer families and teaching Hebrew-school teachers to create safe environments for LGBT kids and kids of queer parents.

Today, Keshet seeks to change the broader world. They have merged with Mosaic and have offices in Denver and San Francisco. We are “supporting efforts for change in hundreds of Jewish communities around the country,” Klein says proudly. And they do this by advertising broadly, to all branches of Judaism. “Every shul in the country should have had something from us across a desk or computer screen,” Klein humbly boasts. And then a bit more solemnly adds, “of course they are all bombarded with a myriad of requests. So generally it takes someone personally invested in the cause — someone on staff being queer or a straight ally.”

In the past few years, the number of synagogues Keshet touched has grown dramatically. I was inspired to interview Klein after my mother sent me an article about ways to include LGBT youth in Jewish community . The article praised Dr. Andrea Jacobs, Keshet’s Director of Education, for participating in the Jewish Family and Children’s Service of Greater Philadelphia workshop.

In addition to developing and implementing training programs and workshops, Keshet has also pioneered the creation of several resources for LGBT Jewish life such as: the Do Not Stand Idly By community pledge, Hineini, a documentary film about coming out in a Jewish high school, The LGBT Jewish Heroes Poster Project , a Youtube channel , and children’s book about same sex parents.

When I asked Klein about what she sees as the most important issue for today’s queer Jews and for Keshet, she told me “we need to see growth and movement from tolerance to full embrace of LGBT people within the Jewish community.” While vitriolic language is rarely heard amongst Jewish community members, the more common dynamic causes queer Jews to feel exactly that: tolerated. “People know they won’t be thrown out,” Klein says. “The policy is all in place, but from a socio-cultural angle the community doesn’t feel inclusive.”

After the phone call, I began to think about inclusivity and personal experiences negotiating acceptance and tolerance. The reality is, it is hard to know when you are being accepted and when you are merely being tolerated. Attending Shabbat services in my new hometown, Abby and I left with very distinct feelings about inclusion. Abby and I also have very distinct appearances; Abby clearly looks gay while I do not. Whereas I was asked about my new job and invited to join the sisterhood and sing in the choir Abby has been all but ignored. Other times, at Jewish young adult events, the women welcome me in to their conversation because I look like them while Abby is left without a group to join. And I realize I am accepted, while Abby is tolerated.

What are your thoughts on tolerance versus acceptance?

Does your Jewish community accept or tolerate its LGBT members?

When do you think full acceptance will happen? How can we make it happen?

Have any stories to share about your community’s attempts for inclusivity? I’d love to hear them.