What I Learned from Isaiah, or: A Queer Jew Returns from DC 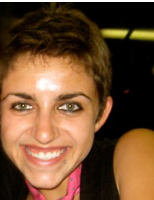 In the days leading up to last weekend’s National Equality March, I spent quite a bit of time considering my Judaism. I am a queer Jewish community organizer, and each of those identities informs and shapes the others – my Jewishness is queered and my queer identity particularly Jewish, and my approach to community organizing and activism indelibly marked by both. With that in mind, I hope you’ll bear with me, because I’m about to talk Torah for a very brief moment to a non-Jewish audience. (If you really can’t stand any whiff of religion, even from a lefty anarchist activist queer, you can skip the next paragraph and still mostly get the point of it all. But I promise I’m not preaching, just grounding the things I know in the places I’ve learned them.)

I’ve written already about what it meant to me to march on Sunday, which also happened to be an important Jewish holiday: Simchat Torah. In the Jewish calendar, Sunday marked the end of about a month of observances and celebrations of the new year. One of the holidays in that month was Yom Kippur, which is, arguably, the most important holiday in the Jewish calendar.

On Yom Kippur, in Jewish communities around the world, we all read the same sections of Isaiah. As a Rabbi (who is also a community organizer) taught me recently, in one passage (Isaiah 58.1 – 58.8), Isaiah the prophet comes barreling into a Jewish community space on Yom Kippur, and pretty much eviscerates the Jewish people for having lost their moral compass, for allowing the showmanship of Judaism (in this case, fasting) to take precedence over living out their ethics, over affecting real change in the world. The text reads:

“Why, when we fasted, did You not see? When we starved our bodies, did You pay no heed?” Because on your fast day, you see to your business and oppress your laborers! Because you fast in strife and contention, and you strike with a wicked fist!… Is this the fast I desire, for men to starve their bodies? No, this is the fast I desire: To unlock fetters of wickedness, and untie the cords of the yoke to let the oppressed go free.”

They are compelling words, and a strong message of justice, but over the course of the story, it’s not really all that effective. I mean, yes, Isaiah’s words got into our holy texts, but in his lifetime, that change didn’t really happen. People still oppress their laborers, and prioritize the image of righteousness and justice over actual, on the ground, real, lived justice. What I pull away from this, though (aside from the presence of a really radical activist visionary in my faith tradition), is an important lesson about the relationships we build. Isaiah can preach, but he hasn’t built effective relationships with the people he’s trying to move to action – so they can tune him out. He’s kind of dismissed as crazy, in the eyes of his fellow Jews, and nobody responds to his call to action. It’s beautiful prose, but not particularly effective leadership or change-making.

Isaiah’s been on my mind a lot, over the last few weeks, and especially in relation to the NEM. I wasn’t a particularly strong supporter of the march before my organization signed on to organize the Jewish community. I had a feeling it’d be mostly about marriage and Don’t Ask Don’t Tell and frankly, neither of those issues really rev my activist engine. I think there are more important places to direct our time and energy. I’ll admit though, I was moved by the masses of people who converged on DC. I loved seeing so many fellow queers in the metro and on the streets, and I loved that we were coming together simply because we believed in demonstrating our unwillingness to settle for less than full justice and equality.

It was moving and inspiring, but all the marches and all the powerful speeches aren’t going to be enough to bring about the changes we need in our local communities. Marching isn’t going to make Massachusetts a safe place for queer kids, and it’s not going to protect trans and gender non-conforming folks from employment, or housing discrimination, and it’s not going to keep homeless queers fed, clothed, housed, and safe.

But, I’ve been reminding myself, if I can learn from Isaiah’s mistakes, and make sure that fiery demonstrations and powerful words are backed up by authentic relationships and strategic plans – maybe we can take even greater strides toward our ideal world, toward justice. The march can be a tool we use in our work at home. It can be a reminder that we’re not alone in this work, and though our priorities might vary, we can find points of unity; and it can also be a rallying point in efforts to bring more people in to the fold – we can say to those who hesitate: “Over a hundred thousand people took to the streets in DC because they believed in full justice and equality for LGBT and queer people, but they’re not going to bring that justice to our town. We’ve got to keep their momentum going, keep working within our own community to make real our particular, local, contextualized vision of justice, because when we work together, we have collective power to enact real change.”

Now that I’m home, the march feels somewhat distant. It wasn’t a make-or-break experience, it didn’t inspire me to act in ways I wasn’t before, but it did reinforce why the on-the-ground, community based work I’m doing, and that my organization (Keshet) is doing, really matters. Because the kind of change I’m looking for is going to come through the relationships we build and the minds we turn to justice – so I’m going to keep building and turning, confident in the knowledge that I’m not alone.