VIDEO: David Comes Out To His Family Over Shabbat Dinner 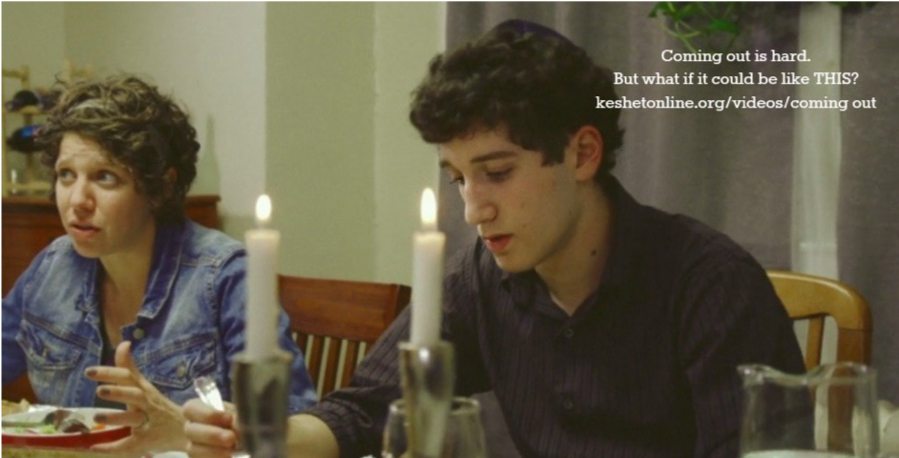 Keshet, an organization that campaigns for greater inclusivity and visibility of LGBT Jews in Jewish life, just released a short fictional film about a teenager coming out to his family over Shabbat dinner.

The video depicts David working up the courage to tell his family as they pass food across the Shabbat table and discuss Obama’s recent appearance on Between Two Ferns (great touch). It’s a familiar, intimate scene, but the best part is David’s grandmother’s reaction—without hesitating, she blows him a kiss and says “mazal tov.” It’s a response many gay Jews have longed for from their families and communities, but not received.

The video ends with an the important question—really, an imperative: “How much stronger will our Jewish community be when no one is left out?”