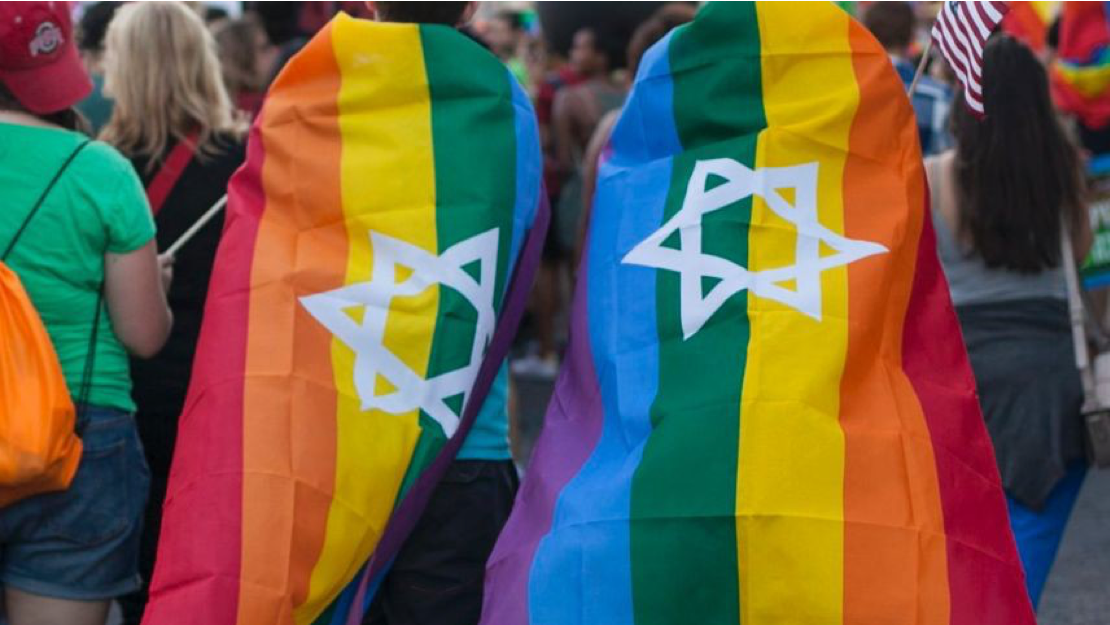 Using words like “shock,” “alarm” and “frustration,” LGBT Jewish leaders in the U.S. said they were stunned by the news that two Israeli government ministries had signed off on “shockingly biased” policies making it extremely difficult for same-sex couples to adopt children in Israel.

This week, the state told the High Court of Justice that it would not lift existing discriminatory practices for same-sex couples who want to adopt children in Israel. The statement took place ahead of a scheduled hearing of a petition by the Association of Israeli Gay Fathers asking the court to end the current policy, which only allows same-sex couples to adopt children for whom no adoptive heterosexual married couple can be found.

The government presented an opinion by the Children’s Welfare Service that single-sex parents “load additional baggage” on an adopted child, already burdened by the presumed stigma of adoption. Social Services Minister Haim Katz and Justice Minister Ayelet Shaked both signed off on the statement.

“It is impossible for the Israeli government to promote itself as a haven for LGBT people, while taking blatantly homophobic positions,” said Rabbi Sharon Kleinbaum, spiritual leader of Manhattan’s Congregation Beit Simchat Torah, the world’s largest LGBT synagogue. “I am alarmed and frustrated with the position of the Justice Ministry signaling out LGBT families and discriminating against them as a progressive Zionist, I hold Israel accountable to the highest standards of our Jewish tradition – providing full equality for all who were created in God’s image.”

Idit Klein, executive director of Keshet, a national organization advocating for LGBT inclusion in Jewish life, decried what she called a “discriminatory” practice.

“We have seen many advances in LGBTQ rights in Israel over the years, but this is a glaring and egregious obstacle to full equality. All of us who care about justice and our most basic Jewish values must insist that the Israeli government change this unconscionable policy,” she said.

Tyler Gregory, deputy director for A Wider Bridge, the U.S. “movement of pro-Israel LGBTQ people and allies,” said that the “initial reaction was shock” by leaders of his organization when they learned of the statement to the court. For pro-Israel advocates who frequently spotlight Israel’s vibrant and thriving LGBT community – so much so that they are hit with charges of “pinkwashing” other Israeli policies, the news “inadvertently drew attention to the fact that this kind of discrimination exists,” he said.

“After the conversion bill and the Kotel,” added Gregory, a former AIPAC regional deputy political director, “this is another example of Jews and supporters of Israel around the world seeing that there is a big disconnect between their values and what the Israeli government is doing.”

He was referring to the ongoing North American Jewish outcry against Prime Minister Benjamin Netanyahu’s government for their decision to suspend plans to build a new egalitarian prayer space at the Western Wall and its support of a bill denying the validity of conversions to Judaism outside the state-sanctioned Orthodox system.

Soon after the news broke, Wider Bridge issued a strongly-worded statement calling the Israeli government policy “shockingly biased” and declared that their organization “joins with the Israeli LGBT community to register our support for the plaintiffs in this case, and to condemn the backwards and ill-informed position of the Israeli Ministries.”

The Anti-Defamation League also decried the policy. “Israel’s refusal to allow same-sex couples to adopt children is deeply offensive and discriminatory. Couples wishing to adopt children should be judged on their fitness as parents, not by their sexual orientation or who they love,” said Carole Nuriel, director of the Anti- Defamation League’s Israel office. “The claim that children are somehow ‘better off’ with heterosexual parents is simply outrageous. We hope that the Israeli Ministries of Justice and Social Affairs will reconsider their decision, which is a gross injustice to same-sex couples and to children in need of loving families to care for them.”

The LGBT advocates in the U.S. said they had been heartened by reports of substantial resistance to the policies in Israel voiced by politicians, officials and civil society groups, and reports that the government had backpedaled on their public statements and may reconsider their position. In practical terms, the limitations on adoptions will affect a small number of families – the number of in-country adoptions in Israel is very low.

But the symbolism of the government’s position and the reasons given for putting LGBT families at the back of the line for adoptions were widely viewed as offensive and discriminatory by the Israeli LGBT community and their supporters.

Kleinbaum said she was “encouraged by the public outcry and organizing that have led the minister of welfare to reconsider his position.”

Following the substantial public pushback, Social Services Minister Katz asked the court for a time extension so that professionals could reexamine the issue, and the court consented to a delay of several months. Speaking with Haaretz, a Social Services Ministry official tried to reverse the impression that their position stated LGBT couples were “less good parents” but defended the current policy by stating that “We believe that Israeli society still sees such families as abnormal and still doesn’t fully accept them.”

Gregory said he was heartened by news of preparations for a mass demonstration in support of adopting LGBT couples. He said he was particularly impressed when he heard that Likud MK Amir Ohana was willing to “buck his own party” declaring that he would refuse to vote with the ruling coalition until the government changed its stance on gay adoption. Ohana, he said, had a history of reluctance of speaking out clearly against Likud positions that hurt the LGBT community. “This finally got him off the fence,” Gregory noted.

Gregory said he was confident the grassroots acceptance of LGBT desire for families in Israel will, in the end, push government policy in the right direction. “In Israel, it’s the family that holds everything together – and we are talking about people’s children and brothers and sister who want to have their own family. Poll after poll support same-sex marriage and same-sex adoption.”

While he admitted it posed a challenge, he said he didn’t think it made a big difference when it came to tensions within the LGBT community over Israeli occupation and policies toward the Palestinians and his group’s mission of making the case for Israel. “I think we are attacked when we present things as too shiny and perfect, and we get attacked when things are too problematic and we are critical. No matter what happens on LGBT issues, there are going to be people who are upset at Israel.”

Gregory pointed to what he believed was a silver lining to the controversy. Over the past month, he observed, there has been a disconnect between the progressive American Jews and their counterparts in Israel over the issues they care about – with frustration in the Diaspora for how little grassroots concern there seemed to be on the Western Wall and conversion laws. On the other side, Israeli leftists have had harsh words for liberal Diaspora Jews only seeming to mobilize on issues that affected them personally – like the Wall – while investing far less time and energy fighting the occupation.

The adoption issue, he said, was something that both sides felt strongly about and could unite over.

“When we focus on pluralism issues that both progressive Jews in the Diaspora and progressive Israelis care about and believe in, then we can really affect change,” he said.