Turning My Passion Into Activism: One Student’s Story of LGBT Activism 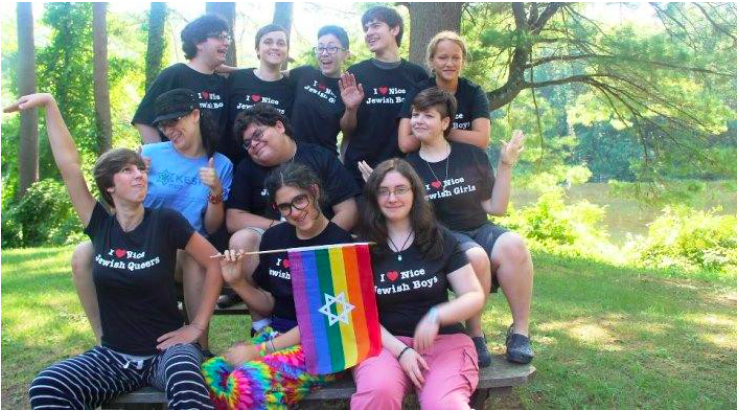 I grew up in a liberal household where my parents told me to be what I wanted and to not change for anyone. I was a gay rights activist by the time I was 4 years old, talking openly with anyone who would listen about the passage of Massachusetts’ marriage equality law.

When I was in the fourth grade, my sister came home from school and told me about an amazing event called the Day of Silence. A national event created by the Gay, Lesbian & Straight Education Network (GLSEN), the Day of Silence encourages students around the country to “raise awareness about the silencing effect of anti-LGBT bullying, harassment and discrimination” by staying silent for an entire day.

Even at age 9, given my interest in LGBT equality, I wanted to partake in this event, too. My sister and I researched the event and found printable cards to show our teachers when they called on us during class. By this point in my life, I knew that some people weren’t as comfortable as I was with LGBT issues, so I made my own card, which focused more on bullying in general and was not focused solely on gay rights. Some of my classmates even joined me in not talking for the whole day.

I participated in the event on my own again in fifth grade, but in sixth grade, I was ready for more. In order to become a bat mitzvah at my synagogue, Temple Beth Elohim in Wellesley, MA, I was required to do a community service project. There were plenty of options, but none of them excited me as much as the idea of working with an organization I was interested in.

This desire, along with some parental guidance, lead me to Keshet, a Boston-based organization that works for the full inclusion of lesbian, gay, bisexual, and transgender Jews in Jewish life. I shared with them my big idea: making Day of Silence an official event at my middle school.

The Keshet staff was completely on board and ready to help me with anything I needed. They guided me in speaking to my principal about my idea, who, it turned out, could not have been more excited. Day of Silence at Dedham Middle School officially made it onto her “to-do” list, and she was thrilled to support me in making it happen.

There were some bumps in the road along the way. I worked with a teacher and a small group of students, but my co-leader soon quit, saying she refused to take part in anything that supported queer people. We made posters advertising the event, making it clear that this was to support teens who were getting bullied for being queer, but when we began to hang them up, an adult working at the school stopped us. She told us parent/teacher conferences were that night and they didn’t want parents thinking the school supported gay rights. I was upset, but we put the posters back up the next day, telling her that the principal had given us permission and that we were going to put them up no matter what.

When the Day of Silence arrived, I nervously prepared my speech for the assembly to kick of the event. Seventy-five students had committed to participating – but when the auditorium doors opened on that dreary Wednesday morning in April, 250 kids filed in. I couldn’t believe my eyes: 250 kids, all there to stand up and make a difference! Most of them stayed silent the whole day, and at the closing assembly, when we did a silent countdown, I felt more proud than I ever thought I could be. My principal even shared with me an email from an openly gay former student whose sister told him about the event. He thanked me for helping to make our school a more accepting community, and that was when I knew I’d had the impact I wanted.

Since then, what began as a bat mitzvah project has turned into much more. The next year, even more kids participated – and I’ve since turned my passion into action by participating in the first-ever LGBTQA Jewish Teen Shabbaton in 2012 (and again in 2013), sponsored by Keshet. I’m helping plant this year’s 2014 Shabbaton, and I invite you to come be a part of it.

The continued support of Keshet, my family, and so many people at school even gave me the courage to come out publicly as bisexual. The Talmud teaches,

“That which is hateful to you, do not do to your fellow. That is the whole Torah; the rest is commentary.”

I don’t think there was ever a time in my life where this concept was more present. To me, this passage tells us to respect others no matter who they are or who they want to be — and to live life not for yourself but for each other.

Caroline Barkowitz is a student in the Dedham public school system in Dedham, MA, and is a part of Temple Beth Elohim’s Hayayah program. She is also a member of her temple’s youth group, BELY, and is active in NFTY. She loves musical theater and has a passion for video and photography.