To be young, Orthodox and openly gay

NEW YORK — Though he had lots of friends, Amram Altzman still felt alone at Ramaz High School. As a 16- year-old sophomore at the modern- Orthodox Manhattan institution, Altzman worried about what people would think, whether they would accept him, if they knew he was gay. “Being gay and being Orthodox just wasn’t something that was talked about. It was isolating,” says Altzman, now 19 and in college. 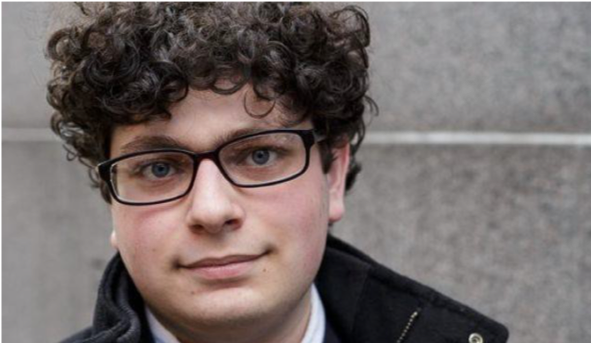 He told his closest friends first, then his parents. Before long, almost everyone at Ramaz knew that he was gay. While there were a few negative comments, Altzman felt accepted overall. At home in Mill Basin, Brooklyn, however, it was a different story. There, comments were so routinely hostile that his parents moved the family to a different community, in order to take Amram and his younger siblings out of an environment they felt could alienate their sons from Judaism altogether. And while Altzman says that he was embraced by both his friends and his family, he wishes that Ramaz handled the issue of homosexuality differently, framing it not as a sin and a chosen lifestyle, but rather as an identity.

Like a growing number of students, the topic of homosexuality is beginning to come out at Orthodox high schools in the United States. Until very recently, the norm for gay Orthodox Jews was to come out in college or later. But for a few years now there has been a marked shift. Students at Orthodox high schools who identify as gay are increasingly pushing to not only make sure that they are not overtly bullied, but also wholly accepted and able to explore what it means to be both gay and Orthodox. Now that same-sex marriage is legal in 18 U.S. states, and American attitudes are becoming, in many places, far more accepting, the challenge to Orthodox high schools is growing. 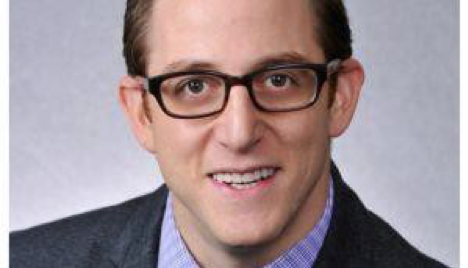 It is complex terrain that school leaders are tentatively beginning to navigate: On the one hand they have a growing concern for the safety and emotional well-being of their students. On the other hand they face communal attitudes, which, informed by verses in Leviticus and Orthodox Jewish law, still routinely condemn homosexuality.

“There is a growing awareness in the Orthodox day-school community that GLBTQ issues need to be addressed, because these are real issues that kids and families face,” says Idit Klein, executive director of Keshet, a Boston-based national organization devoted to working for the full inclusion of lesbian, gay, bisexual, transgender and queer Jews. It recently ran a day-long workshop at the Greater Miami Jewish Federation. Participating local organizations included Orthodox schools.

“Conversations are happening very, very slowly and carefully,” says Miryam Kabakov, the executive director of Eshel, a group focused on creating community for Orthodox GLBTQ Jews and their families through retreats and support groups. The organization has begun to prepare curricular materials for use in Orthodox schools.

Multiple aspects of the issue require addressing, experts say: creating safe space for students during classroom time and extracurricular activities; dealing with attitudes of the Orthodox communities of which the schools are a part, which in many places offer little but wholesale condemnation; resolving questions of accepting students with same-gender parents and faculty members who are openly gay; and tackling school administrators’ concerns about how the school will be perceived if it is open about these issues. In reality, just a handful of the most modern of modern Orthodox high schools are beginning to explore these issues.

“Many rabbis and Jewish educators have moved to a profound empathy but are not sure how to navigate that alongside a 2,000 year old prohibition and parental fear that addressing these issues will lead to unwanted behavior,” says Rabbi Steven Greenberg, coexecutive director of Eshel and the first Orthodox rabbi to publicly come out as gay.

“We walk a very fine line,” says Rabbi Ari Segal, the head of Shalhevet, which has 180 students. “We have families in the school that would feel very strongly ‘of course we should have a GLBTQ club,’ and then families that feel strongly that an Orthodox school should not. They would frame it, ‘You wouldn’t have a Shabbat violators club.’”

While the school has not yet had out gay students or applicants with gay parents, Segal said he has explored with rabbinic authorities whether they could accept them. He says they could, while requesting that same-sex couples “not be demonstrative” at school events, he says. A girl with gender-identity questions recently graduated and has since transitioned to living as male, said Segal. He adds that she had told him, before graduating, that as long as the school did not have a GLBTQ club she wouldn’t feel totally accepted, but notes that she did address her struggle at a school poetry reading, and has since written him a letter thanking the school for its attitude.

“Liberal Orthodox schools are concerned that if they open up this conversation then parents will think they’re not Orthodox enough for their kids,” Eshel’s Kabakov says, adding, “There is still a lot of homophobia on the ground among teachers. Even just to say the word ‘gay’ instead of ‘homosexual’ is a big deal. It’s not that they don’t want to make the school a safe place, it’s that they’re concerned about how they’re perceived.”

But attitudes toward gay and lesbian Jews are changing in some corners of the modern Orthodox world, as in America in general. “There are different responses today than there were. Orthodoxy has always mirrored what goes on in regular society. People are way more used to hearing about GLBTQ things. Gay marriage is legal in 18 states. It’s out there. In the modern Orthodox world homophobia is not as tolerated,” says Kabakov.

Keshet’s Klein also sees incremental change. “Over the years we have had many requests for individualized consultation with Orthodox educators, occasionally rabbis. These have not been public conversations, all-faculty trainings or official invitations to Keshet as we have with many other schools. These have been often driven by some incident or crisis, request for support or help,” says Klein. But, she adds, “In the last couple of years we have started to see some Orthodox day schools be willing to connect with Keshet and seek support more openly.”

As a junior at Ramaz, two years ago, Altzman asked administrators if he could start a club about GLBTQ issues. Knowing that past students had sought to start a Gay-Straight Alliance and been turned down, he framed it differently. “The administration was hesitant at first but after a lot of talks decided to approve the club,” which is called the Sexuality, Identity & Society Club. “There was a lot of talk about how to strike a balance that would support students but not ‘condone’ a lifestyle that the school could not condone,” he says.

Paul Shaviv, head of school at Ramaz High School, which has 430 students, told Haaretz, “The school has many constituencies to respect and we felt, and the students at the time and our staff all felt that that was a more appropriate and less confrontational title. I have never been in favor of sex or identity-based groupings in school. I wouldn’t have a heterosexual pride day and I don’t think I would have a homosexual pride day. I don’t think either of them are appropriate.”

Altzman says he has come to understand that the way homosexuality is framed in Orthodox schools needs to be changed. “Part of the problem is Orthodoxy in general, this narrative responding to one or two verses in Leviticus and navigating a lifestyle, which is becoming increasingly unproductive in terms of creating a meaningful way for GLBTQ people to be included,” he says. “I didn’t want to lead a crusade for or against a certain lifestyle. I came out in high school because I was hoping that my friends and teachers would be supportive. I was just interested in existing and being an average high- school student.”

His parents soon realized they needed to move. The father of one of Altzman’s friends said to their synagogue’s teen minyan that gay people being out of the closet “is an abuse of free speech,” Altzman recalls. “There were a lot of homophobic comments made in his and our presence before he came out,” says his mother, Elana Altzman, a pediatrician. “That’s just the way things are in that community.” After a guest at a mutual friend’s Shavuot meal said that homosexuals shouldn’t be allowed at kosher hotels, Elana and her husband decided to move to a new community, for the sake not only of Amram, but his three younger brothers as well. They now live in Linden, New Jersey.

If Orthodox high schools do not adopt a more embracing attitude towards gay students and families, there will be another, perhaps unanticipated cost, Elana says. “Rejection in the school undermines their religious commitment. Why should they remain observant and committed when people of authority are using that religion to push them away? What’s at stake isn’t just 5 to 10 percent of the population that happens to be gay,” she said. “It’s their siblings. Add two siblings for each gay student and you’re up to 15 percent of our Jewish kids. Why would we want to lose them? By having schools and synagogues and camps that are supportive, where gay kids feel safe, where they can count on some support, in the long run will help ensure their religious commitment.”

Though the way GLBTQ issues are addressed in Orthodox high schools is changing very slowly, there have been some significant recent shifts. Just “five or six years ago even modern Orthodox high schools were part of the problem. Homophobic things were tolerated and instituted from the schools themselves. That still goes on to a lesser extent, but now the question is safe space, not necessarily of harm,” says Mordechai Levovitz, a social worker and coexecutive director of JQY, or Jewish Queer Youth, which works with Orthodox teens in the New York area.

“Then modern Orthodox high schools were sending their kids to a conversion therapy program. The school psychologist would try to change them from being gay to straight. Their methods included having the kid repeating the verse in the Bible over and over again for 45 minutes. Looking at pictures of AIDS victims and colorectal cancer victims and say ‘this is what comes of homosexual sex.’ Kids were being traumatized. We haven’t heard that lately. Now the complaints kids have is that they don’t hear anybody from the administration using the word ‘gay’, and worry about what would happen if they come out. Orthodox high schools are starting to think proactively about it,” says Levovitz. “We’re heading in the right direction.”