To be young, Jewish and gay

Even a documentary sometimes needs a star, and Shulamit Izen is just that in HINEINI: Coming Out in a Jewish School. With the eagerness, idealism and heightened emotions that make teenagers as appealing as they can be maddening, Izen’s efforts to educate her Jewish high school about homosexuality, and organize a group for gay and lesbian students, are chronicled in this new film.

HINEINI: Coming Out in a Jewish School has its world premiere at Boston’s Museum of Fine Arts on Sun., Nov. 13 in the 17th annual Boston Jewish Film Festival (BJFF). After the screening, Izen, director Irena Fayngold and others will talk about the issues raised in the film. Since the premiere quickly sold out, a second screening has been added on Sat., Nov. 19.

Izen, now a junior at Brown University where she’s majoring in religion (she hopes to become a rabbi), revisited her high school tumult for the 2005 film. While a student at the New Jewish High School of Greater Boston, also known as Gann Academy in Waltham, Izen, of Lexington, came out to her supportive parents. Frustrated at the lack of any discussion of homosexuality in her classes, and feeling isolated among her peers, Izen decided to launch a gay/straight student alliance.

Although such organizations are relatively common now in public high schools, organizing one in a private school with a strong religious component proved daunting, despite Gann’s commitment to plurality and diversity. First, Izen had to convince a few reluctant classmates of the importance of such a group. It’s clear that Izen’s own passion and earnestness motivated friends and a few teachers to come to terms with their own coming out process, despite the personal risk involved. The film focuses on how individuals, and the school community as a whole, wrestled with the issue in the context of Jewish faith and teaching. 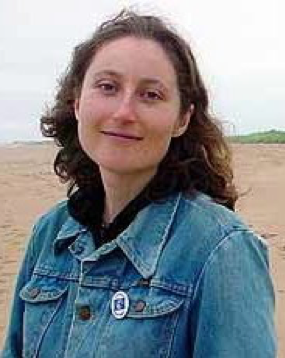 Director Irena Fayngold retraced Izen’s journey, which took place in 2001, for her film, which the director completed just in time for its premiere at the BJFF. Fayngold, a documentary filmmaker who works for WGBH, came to the project because a closeted member of Keshet, Boston’s LGBT Jewish organization, heard Izen speak at an event. “[The member] said she was such a wonderful advocate for queer Jews,” said Andrea Jacobs, Keshet’s education outreach coordinator.

Convinced that the articulate, outgoing teen would make a great subject for a short film, he contacted Fayngold, another Keshet member.

When she met Izen, Fayngold realized “this wasn’t the story of one girl. It was the story of a community,” she said. And a long effort to capture what happened at the New Jewish High School began.

community, came out publicly after asking themselves tough questions about their own identity, their roles as teachers and as people of faith. The film shows adults, including the rabbi who heads the school, and students who, although struggling with acceptance of homosexuality due to religious beliefs, still question whether their own beliefs are logical within the framework of Jewish teachings. For Izen, who will be at both screenings along with many family members and friends, that’s just fine. “I’m sure there will be some negative reactions,” she says. “But it will still make them think.”