If you’ve ever been to one of those giant auto shows where hundreds of gleaming new car models are lavishly displayed in a convention hall the size of Montana, you’ve got an idea of what it felt like last Sunday morning when I entered the Jewish Federations of North America’s General Assembly (commonly known as the “GA”), which is being held this year at the Baltimore Convention Center.

The scores of booths laid out in giant rows are what the organizers call The GA Marketplace, a modern-day shuk of Jewish causes where advocates seduce you with free chocolate or other goodies so that you’ll hear about some new village they’re building in Africa, or some new Web site that will “revolutionize” Jewish education, or some new movement that will attract the “new generation.” 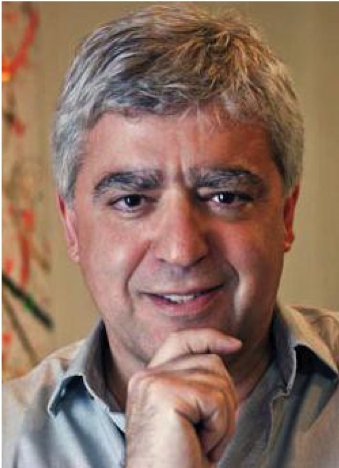 Not all causes in the shuk are revolutionary. Many booths promote venerable institutions like the “Joint” (JDC) or Hillel, various marketing vendors or even book publishers (yes, they still have those). But regardless of the causes, the larger-than-life quality of the assembly gives the enterprise a certain grandeur and headiness.

You feel this headiness when you attend the GA’s many conferences, which are spread out over three days and attract top speakers from the Jewish world.

You can tell from their titles that the conferences deal only with the big stuff: “Words of Hate, Words of Hope: When External Events Shape Jewish Identity,” “Can the Jewish World Leverage Israeli Expertise in the Developing World,” “Legacy Versus Innovation: A False Dichotomy” and “Connecting the Dots in the Global Jewish Network,” among many others.

While I certainly enjoyed the conferences, I have to say that what stuck with me the most — besides the fact that I collected a briefcase full of business cards and brochures — was my Sunday encounter in the shuk with three Jews.

These are not the kind of Jews I might bump into in my Pico-Robertson neighborhood.

One was a Karaite Jew, the other a Humanistic Jew and the third a leader of lesbian, gay, bisexual and transgender Jews.

I had heard of Karaite Jews, but I had never met one. So, when I saw a Karaite banner over one of the booths, I didn’t need any chocolate to draw me in. The lady behind the booth seemed amused by all my questions.

Well, yes and no. Karaite Jews are a lot more rebellious than I am.

As it says in one of their brochures, “Karaism accepts the Jewish Bible as the word of God and as the sole religious authority,” while rejecting “human additions to the Torah such as the Rabbinic Oral Law.”

In other words, Karaite Jews reject what is generally considered the most important interpretive text of Judaism: the Talmud. That’s one reason, for example, why they allow cheeseburgers and don’t light Shabbat candles.

They believe that theirs is “the original form of Judaism commanded by God” and that “every Jew has the obligation to study the Torah and decide for him/herself the correct interpretation of God’s commandments.”

After my encounter with Jews who reject our talmudic Sages, I discovered Jews who reject God Himself: Humanistic Jews. (Seriously, how much can a tolerant Jew from Pico-Robertson take?)

Actually, Humanistic Jews do have a sort of deity: His name is Darwin. They don’t go for all that “In the beginning, God created the heavens and the earth …” biblical stuff. They’re the Big Bang Jews, and their big bang is peoplehood.

Language is important to them. Humanistic Jews don’t “pray” in “synagogues.” They celebrate in their congregations. And what they celebrate is the story of the Jewish people and the continuation of that story and culture. They just leave God out of the picture.

By the time I met the leader of a Jewish LGBT rights group, I think I was relieved to meet a Jew who rejected neither God nor the Talmud.

Idit Klein is the executive director of Keshet, a group “working for the full inclusion of lesbian, gay, bisexual and transgender Jews in Jewish life.”

She didn’t flinch when I told her I wasn’t raised to be very accepting of things like a man becoming a woman, or vice versa, but she did say, “Let’s sit down and talk.”

We spent a good hour in one of the more honest and difficult conversations I’ve had in a while. This is a very delicate area, especially for a Jew raised in the Orthodox tradition, but her sensitivity and decency in the way she expressed herself (“full acceptance strengthens the core of a community”) is what moved me.

The truth is, it’s only when I meet Jews who are very different than I am — whether religiously, politically or culturally — that my love of “Big Tent Judaism” is really tested.

To pass this test, I have to be at my best — my most curious, my most open and my most honest. How ironic that encountering sharply different Jews can bring out the best in me.

Maybe it’s because it puts me in touch with one of the deepest things we can have in common: simple human decency.

It’s not the Talmud, it’s not God, and it’s not the big stuff you hear in conferences about the Jewish future, but it’s something.

David Suissa is president of TRIBE Media Corp./Jewish Journal and can be reached at [email protected]