The White House Jewish Liaison Who Waves the Rainbow Flag

NEW YORK – Matt Nosanchuk knows from pressure. As associate director of the White House’s Office of Public Engagement, Nosanchuk represents President Obama to the Jewish community. Every fractious part of it. 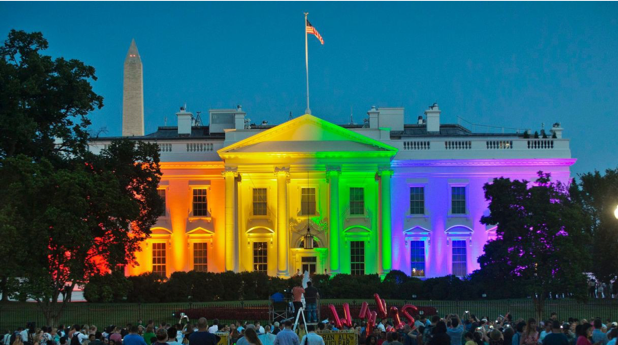 Sometimes, like while watching Israel’s President Reuven Rivlin light candles at last December’s White House Hanukkah party, his job is a pleasure. Other times, like when various parts of the Jewish community fought each other, and President Obama, over the Iran deal last summer, it’s not.

The Iran deal “is the most tendentious issue I’ve dealt with, no doubt about that,” he told Haaretz in an interview this week, after sharing his personal and professional story with about 100 supporters of Keshet, an organization that advocates for full the inclusion of LGBT Jews in Jewish life, in New York a day earlier.

“Many people in the community who worked with other liaisons said no one has held this job at a more difficult time,” Nosanchuk said. And he has held it for an unusually long time, too: two and a half years or, as he likes to count it, six Hanukkah parties (two each December). In contrast, President George W. Bush went through eight Jewish liaisons. 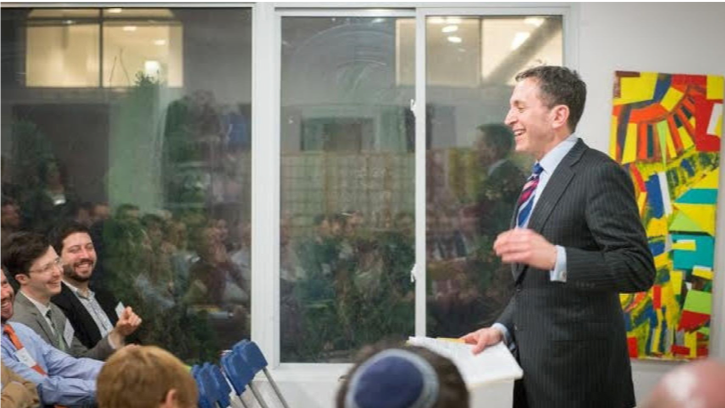 Nosanchuk also faced pressure when he worked at the Department of Justice on LGBT issues, at a time when the Obama administration still defended the legality of Defense of Marriage Act and the armed forces’ “Don’t Ask, Don’t Tell” policy. Earlier, when working on Obama’s election campaign at a time when most in the LGBT community backed Hillary Clinton, he became known as “Obama’s gay.”

“I went out to speak to [LGBT] groups and was pilloried as a sellout,” Nosanchuk told the Keshet gathering.

Nosanchuk came out as gay in 2005, ending his marriage to Madeleine Levin. “I was straight identified until I was in my 30s,” he told the Keshet audience.

Today Nosanchuk is still close with his ex-wife, their son, who is 18, and her father, Michigan Rep. Sander Levin. Along with Nosanchuk’s mother, they celebrate Jewish holidays together as a family. “Virtually all of the holidays we spend together,” Rep. Levin told Haaretz. And sometimes Nosanchuk even does a bit of the Passover cooking.

When he started his current job, in July 2013, people said, “‘OK, he’s dealt with the gays. If you think they’re a tough community, just wait until you deal with the Jews,’” he said at the Keshet gathering.

On the other hand, “we’re 2 percent of the population but responsible for 90 percent of the asks [for favors] that come into the office,” he said, prompting laughter.

Nosanchuk, who is 50, single, and a member of the Reconstructionist Congregation Adat Shalom in Bethesda, wore a colorful striped tie with a pinstripe suit. He spoke about his journey as an attorney working in advocacy and working in politics as an out gay man and as a Jew.

“Not too long ago, LGBTQ people were largely invisible both in secular public life and in the Jewish community. Being out was seen as an obstacle to professional success,” Idit Klein, the executive director of Keshet, told Haaretz. “He models that being gay and Jewish can be an integrated identity in public life. That represents enormous progress.”

Nosanchuk’s work and coming out has brought him closer to his Jewish identity, he said. An only child, Nosanchuk was raised in a Jewish secular humanist household with his mother in the Detroit area. They moved there from Ontario, Canada after his parents divorced when he was six. He went to school in “mostly WASP-y Grosse Pointe,” he told the Keshet gathering.

He started working at the White House after a stint at the Department of Justice on HIV-AIDS and LGBT issues and earlier as a public-interest lawyer at the American Civil Liberties Union. He also spent time at the litigation firm of Nathan Lewin, who is well known for representing Orthodox Jewish concerns.

Nosanchuk earned both his undergraduate and law degrees at Stanford University, and spent his junior year abroad at Haifa University.

In his current role, Nosanchuk is responsible for the first-ever sukkah at the vice president’s residence, where they held a reception. “We’ve had Tu B’shvat and Passover and lots of opportunities for the White House staff and other administration members to learn about Jewish holidays,” he said.

Nosanchuk also orchestrated the president’s visit to Washington’s Conservative Congregation Adas Israel last May. Before his speech, President Obama toured the synagogue’s beit midrash. The rabbi opened a Torah scroll and showed the president that week’s Torah portion. While the president’s interest was sincere, said someone there, it was also part of what was viewed as a “charm offensive” shortly after Benjamin Netanyahu was re-elected prime minister, which followed his controversial speech to Congress.

Nosanchuk said the visit was part of “a sustained effort” to “do things that affirmed the president’s strong support for Israel and its security, and his identification with and shared values he had with the American Jewish community on a host of issues, including Israel.”

Despite those efforts, last summer “was a very intense period, obviously,” he said, referring to the charged debate around the Iranian nuclear deal. Nosanchuk did his best to temper the various concerned parties – a near-impossible task that he managed with rareskill.

“Matt swims incredibly comfortably between AIPAC and J Street, and black hat Orthodox and Reform, and still does the job,” said Rabinowitz. “He has managed to walk that line very successfully and not make enemies along the way. Matt was the only administration member at [Israeli Ambassador] Ron Dermer’s house for his Rosh Hashana party. It was immediately after the Iran vote and things were still ugly” between the Netanyahu and Obama administrations, making Nosanchuk’s presence even more illustrative of how well he is liked across the political spectrum.

Obama’s feeling of connection to the Jewish story of liberation is well known. But has Nosanchuk taught the president anything about Judaism?

“There are certainly individual things about Jewish issues relating to Jewish holidays or rituals or pronunciations of words” that Nosanchuk said he shares with the president. The speech Obama gave January 27th at the Israeli Embassy in Washington on International Holocaust Remembrance Day bore Nosanchuk’s imprint.

President Obama concluded his speech by calling on everyone to act as a Lamed Vavnik – according to Jewish tradition, one of the 36 righteous, anonymous individuals in every generation who is responsible for saving the world.

Obama “didn’t know about that” before Nosanchuk contributed the idea to the president’s speech. “It resonated with him” and his value of “using religion as a force for good,” Nosanchuk said.

The greatest day in his job wove together the gay and the Jewish strands of his identity. It was June 26th 2015, when the Supreme Court ruled that same-sex couples have the right to be married. Nosanchuk was at the court that day. “All the LGBT lawyers of the Supreme Court Bar are there, and we’re all in tears,” he told the Keshet gathering.

He then jumped into a cab and sped back to the White House, where he stood with the rest of the White House staff while the president “gave this very poignant address,” he said. From there he was off to Bet Mishpachah, Washington’s gay and lesbian synagogue, to speak at Gay Pride Shabbat services, after which he led the congregants outside. Together they looked down 16th Street, toward the White House, which was brilliantly lit in the colors of the rainbow.

“It was the most incredible symbol,” said Nosanchuk. “It captured why I treasure every day of serving this president.”