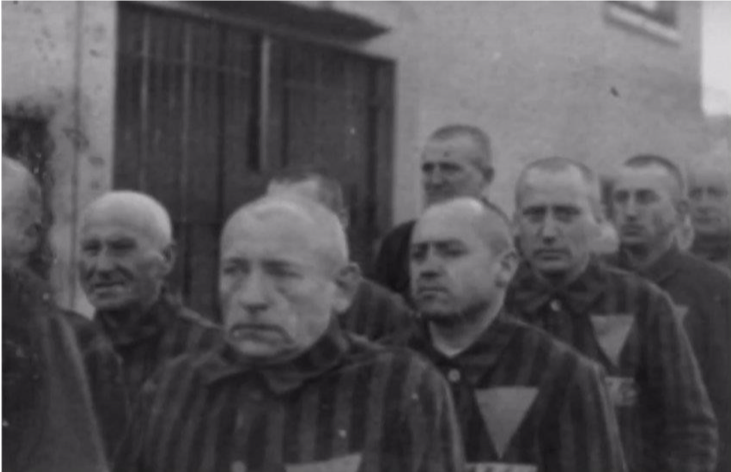 However, a new survey released today reveals there are gaps of knowledge about this event within the United States. Furthermore, many people believe fewer people care than they used to.

The Jewish Material Claims Against Germany of the Claims Conference surveyed 1,350 Americans from across the country. They spoke to them via phone (landline and mobile) and online interviews.

The survey found a majority of Americans — 58%, in fact — believe something like the Holocaust could happen again.

Despite this belief, though, more and more are doubting facts and losing knowledge of it.

Some of the key findings include one-third of Americans (31%) believe that less than six million Jews were killed during the genocide. Instead, they believe less than two million died. This statistic increases to 41% when researchers took just Millennials into account.

Furthermore, almost half of Americans (45%) cannot name a single concentration camp or ghetto. Once again, the number jumps higher for Millennials.

This, despite education provided in the form of Holocaust museums. But 80% of Americans have never visited one of these museums.

The importance of education

‘This study underscores the importance of Holocaust education in our schools,’ said Greg Schneider, Executive Vice President of the Claims Conference. ‘There remain troubling gaps in Holocaust awareness while survivors are still with us; imagine when there are no longer survivors here to tell their stories.’

Most of the respondents believe the responsibility of remembering the Holocaust rests with schools and teachers.

93% believe all students should learn about the event in school and another 80% say it’s important to keep teaching it so it doesn’t happen again.

Still, education is limiting too. LGBTQ people wore pink triangles in camps and ghettos, for example, but schools rarely teach this. However, this could change with states like California adopting more inclusive textbooks.

A lack of inclusive history

GSN spoke to Idit Klein, the Executive Director of Keshet, an organization working for LGBTQ equality and inclusion in Jewish life.

‘I saw with definite sadness that I’m not shocked by the survey findings,’ she commented. ‘Americans historically are known to be people who don’t study and focus on history, in particular history that didn’t happen here.’

However, she added the ‘dramatic majority’ who believe in teaching this also ‘hearten’ her. Klein is also the granddaughter of Holocaust survivors on both sides of her family. She grew up reading books on the Holocaust because of her personal connection to it, but recognizes not everyone is in the same position.

‘I hope people respond to the survey with significant action,’ she said. Especially in schools and with a more inclusive narrative.

‘There should be a place for this topic to be taught in schools, but not at the exclusion of other historical narratives like slavery and segregation,’ she continued.

Klein also made it clear that there are dominant stories within the Holocaust. Jews were the main target of the Nazis, that is why they understandably lead the conversation. It does not mean, however, that teaching it can’t be more inclusive.

‘On the one hand, homophobia absolutely plays a role about it not being taught that gay people were persecuted by the Nazis. We see that in how the stories of our heroes are told.’

She then told the virtually unknown storyof Fredy Hirsch, an openly gay man who helped inspire and save the lives of many children at Auschwitz.

‘There can be a dominant narrative, along with smaller-scale narratives that are part of history.’