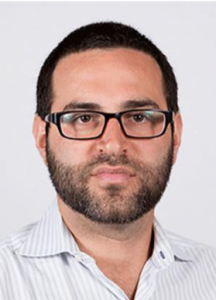 Despite boasting large Jewish and LGBTQ populations, the Bay Area has so far failed to produce many out-and-proud leaders who successfully straddle both communities. This is a shame, as each community would benefit from the integration of the other into its leadership and professional base.

In order to address this gap, members of the Bay Area’s organized Jewish community have recently begun a process of recruiting and training LGBTQ emerging leaders to become central players in the Jewish community’s decision-making.

A year later, as the federation now recruits for the program’s second cohort, participants are looking back at a fruitful inaugural year that dazzled all involved with a diverse, intelligent, engaged group of doers.

Between November 2013 and July 2014, 12 adults (ages 23-41) joined together regularly for intensive learning and sharing in various Jewish and LGBTQ venues throughout San Francisco. Each came from a different background – some were Jewish communal professionals, some just beginning their careers, some married, some parents – but all identified as both Jewish and LGBTQ.

The program began with a retreat that gave participants an opportunity to get to know one another and a forum for beginning to understand their individual and collective journeys as community leaders. Over the course of nine workshops, participants learned about the Jewish community from local agency executives, rabbis, change-agents, and other experts, and worked on specific leadership skills like conflict management, public speaking, and fundraising. Each participant was paired with a mentor who is active in the LGBTQ and/or Jewish community.

Following a successful program, the federation is thrilled to have a dynamic group of LGBTQ-Jewish machers that is ready to join the proverbial decision-making tables and help achieve true representation of the diversity of our Jewish community. Katherine Tick, the federation’s director of leadership development, also noted: “It’s been a great joy to observe the self-discovery participants have made about their own Jewish identities, their leadership skills, and their process of becoming genuine stakeholders in the community.”

Sharon Turner, a participant, shared: “I’ve thought more about who I am as a queer Jew than I would have without this program. It’s just made me think more consciously about my Jewish identify and how I want to raise my daughter.”

The Pathways program is the result of a seminal 2010 study by Jewish Mosaic: The National Center for Sexual and Gender Diversity, titled “LGBT Alliance Study, a Needs Assessment of the San Francisco Bay Area Jewish Community,” which focused on gaining a better understanding of what is meaningful to LGBTQ Jews in terms of their Jewish identities; the ways in which LGBTQ Jews currently interact – or don’t interact – with the organized Jewish community; and, what LGBTQ Jews want and need from the Jewish community in terms of services, programs, and inclusion.

“We need to ensure that we have more of a pipeline for people like me – young adults who are wandering around in the LGBTQ Jewish community looking for, or making flirting glances at, leadership roles, but who don’t have the opportunities like I had to jump in. This isn’t about tokenism or a feel-good project. The Pathways program is a way for the Jewish community to invest in LGBTQ leaders,” noted Sam Goldman, Pathways alum and co-chair of the federation’s LGBT Alliance.

The next cohort will begin on November 16. Joining the thought-leadership partnership this year is Angie Dalfen, a graduate of last year’s program, and Arthur Slepian, the director of A Wider Bridge, a federation grantee that builds LGBTQ connections with Israel.

Ideal candidates are LGBTQ Jewish individuals with leadership potential who are in need of some skill development and are enthusiastic about learning more about our Jewish community and their engagement therein.

For more information or to apply, visit http://www.jewishfed.org/how-we-help/leadership-development/lgbtq-pathways-jewish-leadership, or contact Katherine Tick, director of leadership development at the federation, at (415) 512-6265 or [email protected].

Ilan Kayatsky is the senior director of communications at the Jewish Community Federation and Endowment Fund.