Jay Ramsay got a terrifying phone call at the office. Thirty-seven weeks into his wife’s pregnancy, the baby had stopped moving. The doctors were arranging for an emergency delivery. “I was in panic mode, in tears,” he says.

That night brought, fortunately, a healthy baby. Jay took off the rest of the week. Back at work on Monday, he was called into a private meeting. “My boss told me I ‘should have known better’ and ‘should have planned better,’” he says. “You’re taking this many days off work?” the boss exclaimed. “We have so much to do here!” 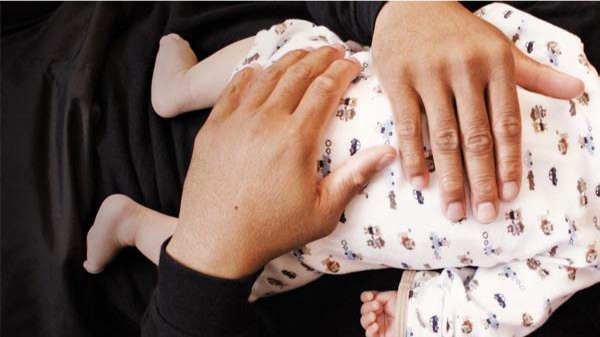 Let me pause here to note that his boss was a pregnant woman. Many people are surprised by that. But equal rights activists aren’t. Gender discrimination is “policed by men, but also, significantly, by women,” says Joan Williams, director of the Center for Work Life Law.

Jay’s experience is one data point in a widespread pattern of discrimination in the American workplace. Researching my new book All In, I heard many stories like this, including that of a lawyer who was considered a star at his law firm until his pregnant wife attempted suicide. He took unpaid time off to act as caregiver, which he is legally entitled to under the Family and Medical Leave Act (FMLA). But it was unheard of in his office, where the atmosphere pressured men not to spend much time at home. When he returned to work, he was repeatedly sneered at, assigned lower-level work, and ultimately fired.

This prejudice shows up not just in workplace stigmas, but also in policies. I took legal action against my employer for granting 10 paid weeks off to any new parent through birth, adoption, or surrogacy — except a man who had become a father the old-fashioned way. (Subsequently, Time Warner changed that policy.)

These policies highlight a profound disconnect from our lives at home, where a revolution has already occurred. A far cry from previous generations, today’s working dads who live with their kids spend an average of three hours a day with them. Virtually all bathe, diaper, dress, eat with, and play with their kids every day or several times a week. Men and women put in an equal number of hours on behalf of their families through a combination of paid work, household chores, and child care.

Our laws also remain stuck in the past. The U.S. is the only advanced economy withoutpaid maternity leave. We also don’t have mandatory paternity leave, unlike many othercountries. FMLA allows women and men up to 12 weeks of unpaid leave, but about 40%of workers aren’t entitled to it, and one in five employers admits not fully complying with the law. Most families can’t afford to halt one income, especially the dominant one, which is most often the father’s. A study found so few dads actually take FMLA that “they’re almost undetectable.”

It’s a vicious cycle. The minority of men who don’t make time with their families a top priority are rewarded at work. They then become the leaders, setting the policies and maintaining the culture. They may have no ill intentions; they’re simply out of touch with what life is like for most families. A recent Harvard study finds the vast majority of top executives are men who admit not making their families a priority. They see work-family conflicts as primarily a “women’s problem,” even though studies have shown that working dads are experiencing as much work-life conflict as moms—perhaps even more.

Public programs that offer gender-neutral paid family leave help solve this. And despite dire warnings from some business groups, we now know that these programs don’t hurt the bottom line. California has such a program, financed through the state’s disability insurance program.Businesses report that the law had minimal impact on operations and either a positive effect or no noticeable effect on productivity and profits. Small businesses were even less likely than larger companies to report any problems. New Jersey has a similar program. Of 18 businesses surveyed, 6 said the program’s effects have been neutral; the other 12 said the effects are positive.

Businesses that offer their own paid leave programs are also reaping benefits. Facebook gives both moms and dads 17 paid weeks. “I have had both women and men who’ve said, ‘I came here because of your policies, and because of what it says about rewarding and wanting fatherhood,’” says Sheryl Sandberg, Facebook COO and author of Lean In.

It’s not just big businesses. Keshet, an 18-employee Boston non-profit, offers three months paidleave. In All In, executive director Idit Klein explains that the program “helps us keep and attracttop level staff,” and that a public program would be even better.

And yet only about 14 percent of U.S. firms offer any paid paternity leave — in some cases as little as one or two days. Many dads aren’t even taking the paid leave they’re offered because of the stigmas. Jeff Porzio used to work for a big advertising firm. He says of the two paidweeks that were offered, “It felt like a PR benefit, not a real benefit” — just there to look good on paper, not actually to be used. He took only one week, and has since left for a business that’s more supportive offatherhood.

That brings us back to Jay Ramsay. As company controller, he had mapped out a long-term strategy that his boss wanted him to execute. He also had a standing job offer elsewhere. So at the end of that meeting with his boss, he did what many people dream of doing. “I just leaned forward to her and said, ‘I f—ing quit right now.’”

“They lost somebody who worked insane hours and was always available,” he says. Former colleagues told him his eventual replacement turned out to be “a nightmare.”

Jay’s new employer respects him as a father, he says. And in return, his bosses have in him “an employee who is absolutely dedicated.”