Should I come out at work? 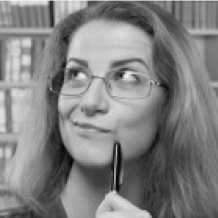 Ethical Jam is a project of the Center for Global Judaism (CGJ) at Hebrew College in Newton Centre, Massachusetts and of the Times of Israel, and was created by CGJ’s director Rabbi Or Rose and Hebrew College president Rabbi Daniel Lehmann. It is edited by Rabbi Sue Fendrick, Editor at CGJ. Ethical Jam asks three thought leaders to respond to dilemmas through a prism of Jewish learning, leadership and values. This one’s in honor of National Coming Out Day.

Here’s the jam: I am a woman, married to a man, but I identify as bisexual.

I am the assistant director of a medium-sized social service organization with employees from a wide range of backgrounds. We are slowly working on educating our staff on LGBTQ issues; though I am not the lead person on that effort, I have been vocal in support of it. Most of the people at the agency clearly assume that I am straight (there are no “out” LGBTQ people on our staff), and undoubtedly many of them take my perspective more seriously because of that assumption. I feel like I am helping the effort to move our agency forward on these important issues by not actively disclosing my sexual identity (though I would certainly not hide it if it came up directly), but am I undermining the cause (and myself) by remaining passively closeted? Should I continue my current approach? Or should I make a point of coming out, even if it could, over the short-term, slow the progress we are making in our organization—and also mean I’d have to speak more personally to my co-workers than I usually do?

Is coming out always a better choice in order to make progress on LGBTQ issues? Weigh in by adding a comment below.

For many lesbian, gay, bisexual, transgender and/or queer people, the benefits of being out far outweigh the costs. Living openly as LGBTQ enables a sense of openness and eventual ease in the world. Hiding essential aspects of self such as gender or sexual identity takes energy. I’ve known many LGBTQ people over the years who are amazed by how much lighter they feel after coming out. Concealing identity imposes a heavy burden whose weight they feel fully only once it is no longer there.

In your case, bisexual identity in the context of a heterosexual relationship presents an additional layer of invisibility and potential isolation. How does not being out among your co- workers impact you? Are you able to feel as connected to them as you would if you were out? These are two of the key questions I suggest asking yourself.

I also urge you to consider the possibility that coming out will bolster your colleagues’ ability to move forward in your agency’s LGBTQ work. Numerous studies show that the number one reason for progress on LGBTQ rights is that (straight) people get to know LGBTQ people. Once your colleagues learn that LGBTQ issues are not merely abstract issues, but life experiences and perspectives that affect someone they care about, it is likely they will be more motivated to take meaningful action.

Finally, a reminder of something you probably know: coming out is not a one-step process. Coming out is a lifelong process of sharing and sharing again and again and again. Coming out can be a bold, booming proclamation to your entire world or quiet disclosure to one trusted colleague at a time. If and when you are ready to take this first step, the journey is yours to chart.

Idit Klein has been an activist for equality and social justice for the past 20 years. Since 2001, she has served as Executive Director of Keshet, building it from a one-person, small local organization to a national organization with an annual budget of nearly $2 million and 18 staff members. She also served as the Executive Producer of Keshet’s award-winning documentary film Hineini: Coming Out in a Jewish High School. Klein has been honored by the Jewish Women’s Archive as a Women Who Dared and named to the Forward 50.

It’s hard to disagree with Idit, and yet I want to pick up on something you said that could argue for staying closeted and pose a few more questions as well. You said that you think your co- workers take your LGBTQ advocacy more seriously because you pass as straight. Idit argues that the opposite would be true; I’m curious to hear how you’d answer her given what you know about your workplace culture. Further, I’m wondering how it feels to essentially be seen by others as an ally rather than a member of the LGBTQ community.

I’m also struck by the word “should” which you use twice, and sometimes signals to me some kind of red flag. It may be just a natural part of your question—or it could be a “should” focused on you and your own mental health, or external in terms of being a good member of the LGBTQ community, both, or something else entirely. I’m wondering if you’re looking for permission to keep things as they are. And if so, I’m curious to know more. You mention that you’d not hide your identity if it came up directly, but that to share it would mean being much more personal than you’re used to. At the risk of sounding trite, what is your gut telling you–regardless of what the various “shoulds” have tosay?

Last, I’m also thinking about how bisexuality is more confusing to straight people than being lesbian or gay. Many believe that, if you could “go both ways”, why not just make it easier on yourself and be straight? For them, your being married to a man, on the surface, supports that. And yet of course, there’s much more to the story, and much more to you.

For me the core questions are: How much of your current story do you want to share with your co-workers and for what purpose, and how does coming out or not figure into future chapters?

Judy Elkin, M.Ed., PCC, is certified as a Professional Certified Coach (PCC) from the International Coach Federation in both individual and relationship coaching. In addition to her private practice in Newton MA, focused on career transitions, executives, teams, and parenting, Judy is a coach for Solstice Coaching and Consulting, which provides executive coaching to top and middle level executives across North America. Judy brings to her coaching a 25-year career in Jewish education and professional development, most recently as the director of the DeLeT Program, a Jewish day school teacher education program at Brandeis University. She combines her skills as a coach and her previous training as an educator in Jewish parenting courses she teaches in the Boston area, and is a co-founder of the Keshet Parent and Family Connection, a group of parents supporting other parents of LGBTQ children on their journey.

Without knowing the specifics about your workplace, in part based on my own experience, I too find myself wondering if your co-workers’ motivation to support this work would actually be stronger if they knew that it could affect you.

In the late 1980’s, when no legislation existed to do so, I successfully led one union’s efforts to prevent discrimination on the basis of sexual orientation, gender identity, and HIV status for over 100,000 people. Nobody questioned my “self interest” or thought that my bisexuality diluted my power as a strategist or leader. My colleagues and my boss were grateful that someone with a stake in an issue could offer authentic, educated, and passionate advocacy, and truly celebrated my success.

In Judaism’s mussar/ethical tradition, the middah/trait of n’kiut (literally “cleanness”) teaches that one should live with dignity and respectability. When I was married to a man, or single, the thought of being hired, promoted, or given choice work because I was in the closet felt intolerable to me; I felt like I would lose a piece of my soul if I were not honest about myself. I am curious what the effect is on you of hiding this aspect of your identity.

Another ethical principle, k’vod ha’briyot, teaches that we must honor and treat others with dignity. When a caring, thoughtful, responsible, and effective employee comes out as bisexual, she invites everyone who knows her to view a bisexual identity with all of these positive identifiers, thus honoring both the person and the identity. Coming out also provides evidence that we honor ourselves; it shows that we have nothing to hide, are comfortable with ourselves, and see our identity as a positive resource in the workplace. As Idit said, LGBTQ people being visible to straight people is essential to progress.

I encourage you to consider the possibility that being honest about who we are helps others to access their highest selves, both strengthening our personal work and amplifying the positive impact of our organizations.

Wishing you blessings on your process of discernment and the strength to follow the path of highest integrity.

Rabbi Debra Kolodny (Rabbah D¹vorah) has been Executive Director of Nehirim (a Jewish LGBTQ retreat and advocacy organization) since March 2013. She has over three decades of organizational leadership in the labor, LGBTQ, and Jewish worlds and has served as a pulpit rabbi. She has published dozens of articles on religion and sexuality, as well as the anthology Blessed Bi Spirit: Bisexual People of Faith, and is currently serving as a spiritualpundit. Her website is www.asthespiritmovesus.com.