Put a Jewish grandma at ease on Election Day

My grandchild, whom I will call Ariel, is 7 years old. That’s old enough for Ariel to understand that seemingly everything in the world of kids – clothes, sports teams, toys – is sorted into two categories: boy and girl. Ariel is keenly aware of the situation because those categories have never worked for Ariel, who identifies as gender creative, or what many people would call gender non-binary. In the simplest terms, Ariel does not identify as male or female.

I have 11 grandchildren. I identify as a Jewish grandmother. I worry. Lately, I’ve been especially worried about Ariel because, on Election Day, Massachusetts voters will face the first-ever statewide referendum on transgender rights. 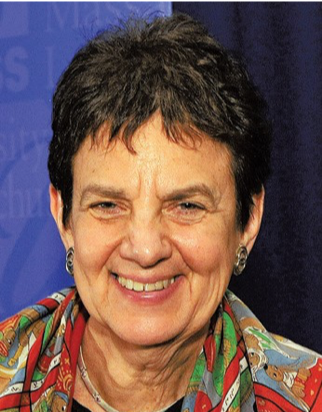 In 2016, to protect its transgender citizens, Massachusetts outlawed discrimination in public places based on gender identity. This year’s referendum, known as ballot question No. 3, must pass or those existing protections will be repealed. Without such protections, a hospital, for example, could refuse to treat my grandchild simply because Ariel, who has long hair and likes pink sneakers, doesn’t look like or identify as a boy.

If the referendum passes, the current law remains on the books. Gender creative people will retain their protections against discrimination. I’m voting Yes on 3, and I hope everyone in the Jewish community will, too.

To me, nothing could be more Jewish than a law that enshrines respect – kavod – and equal treatment for all. Many other Jewish people think so, too: nearly 200 Jewish faith leaders have declared their support for voting Yes on 3. Some 80 Jewish congregations are involved in the Yes on 3 campaign, as well as pillars of the Jewish community like the Religious Action Center of Reform Judaism, the Anti- Defamation League, the Jewish Community Relations Council of Greater Boston, the Jewish Alliance for Law and Social Action, and the Massachusetts Board of Rabbis.

I’ve always been proud that Jews have fought passionately for the rights of other minority Americans. We understand the terrible consequences of being treated as outsiders unworthy of equality and dignity. As a grandmother, I’m also grateful beyond words: my community is fighting to protect my Ariel. Ariel could very well need their support. When someone does not take part in society’s traditional notions of male and female, they risk being subjected to everything from a passing insult to serious, even fatal violence.

It has taken some time to adjust to having a non-binary grandchild. I’m 70 years old, and was a bat mitzvah in 1960. In those days, men were men, and women were women. I was raised to believe that my goals in life were to get married, help my husband become a success, and have kids. My mother always supported my career aspirations, but nothing could compare to her ecstasy when I got pregnant with my first daughter.

When my daughter started having kids, I was ecstatic, too, and never more so than when she had Ariel, her firstborn and my first grandson. Is there anything in the world that could make a Jewish grandma happier? He was even named after my deceased first husband.

Ariel started rejecting the notion of being a boy around the age of 4. At the department store, the boy clothes had dinosaurs and tractor prints, and the girl clothes had hearts. Ariel didn’t care about gender categories and chose hearts. As Ariel was confronted with more questions of gender – the kindergarten boys felt threatened by the simple fact of Ariel’s preference for pink sneakers – Ariel remained undaunted. My daughter and her husband blazed the path of acceptance and understanding for our family, sending us articles, books and other resources about gender identity and expression.

The more I kept my mind open, the more I understood Ariel and how gender works – or doesn’t work – for some people. Looking back, it reminds me a little of the 1960s, when I learned about the existence of lesbians!

Eventually, I stopped worrying about losing a grandson and instead acknowledged what a blessing it was to have smart, strong, selfaware grandchild, no matter the gender identity. Instead, I began to worry a lot about the problems that Ariel could face. It didn’t take long for an obstacle to present itself. As our family came to understand that Ariel was non-binary, we also came to understand that Ariel’s school was not supportive. My daughter and her husband made the decision to find a welcoming school – which they did, thankfully. By contrast, I was so relieved by – and proud of – the situation at the synagogue that my daughter and her family attended. The rabbi could not be more supportive, including having the synagogue switch to gender-neutral bathrooms.

A sign on the bathroom door might seem like a simple thing. However, opponents of Massachusetts’ gender nondiscrimination protections have turned bathrooms into a political issue, erroneously suggesting transgender people pose a threat to others in public bathrooms. For the record, safety incidents in bathrooms have not increased since Massachusetts’ transgender protections came into effect in 2016. Nor have safety incidents increased in bathrooms in Massachusetts cities that have had a version of this law in place, including Boston, some for a decade or more.

So far, Ariel is a happy kid, with a loving family, loving community and loving schoolmates. Ariel was even elected a first-grade class officer. Such naches! No one knows what the future holds, but by voting Yes on 3, we as a Jewish community can do our part to make sure that Ariel, other gender creative people and all gender nonconforming citizens of Massachusetts are treated with the dignity and respect – the kavod – that they deserve.