A children’s book about a boy with two fathers is at the center of a controversy involving PJ Library, particularly in the Bay Area, where the book is in high demand.

PJ Library is a project of the Massachusetts-based Harold Grinspoon Foundation, whose mission encourages family bonding over Jewish values. Jewish families that enroll in the program automatically receive a free children’s book in the mail every month.

However, “The Purim Superhero” wasn’t one of the automatic selections.

Instead, the 32-page picture book, published by Kar-Ben Publishing in 2013, had to be specially requested. Parents who asked for it by March 13 could still get it as a free PJ Library selection, but they had to know about its availability (by reading the PJ Library newsletter, for example) and take the trouble to opt-in by entering a code online.

Winnie Sandler Grinspoon, trustee of the Harold Grinspoon Foundation, explained on PJ Library’s blog about her organization’s dilemma: “How does PJ Library select books that respect the varied interests of its parents without offending some and disregarding others? … We think many families would love this book. Yet we know that there are some parents who would want to decide for themselves.” 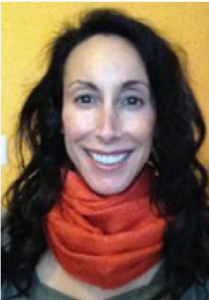 Kimberlee MacVicar of Alameda, a parent of a 5-year-old daughter and one of more than 7,000 PJ Library subscribers throughout the Bay Area, said not mailing the book because it might offend some people “sounds kind of silly.”

MacVicar is among some 2,800 parents nationwide who have ordered the book, and she also has recommended it to fellow congregants at Temple Israel in Alameda. Of the opt-in requirement, she said, “Why do we even have to do this? … I want [my daughter] to have a better understanding that families come in all shapes and sizes.”

Michelle Tirella-Ventura, director of educational services at the Jewish Federation of the East Bay and coordinator of the East Bay’s PJ Library program, which has some 2,300 subscribers, brought “The Purim Superhero” to the national foundation’s attention last year as a potential monthly selection.

“We really have the need for this in our East Bay community,” she told J.

But after the special order decision, Tirella-Ventura was left befuddled. “I started receiving emails saying, ‘Why is this book that happens to have two dads available only by request?’ ”

The book, by Elisabeth Kushner, stars a little boy named Nate, the child of a two-father couple, who wants to dress up as an alien for Purim. But when all his friends want to be superheroes, Nate faces a difficult decision: Should he follow his heart or go along withthe crowd? 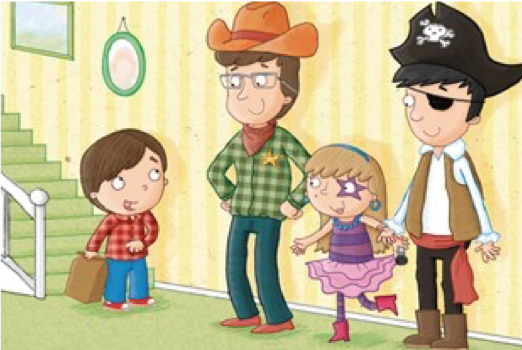 The book’s message celebrating individuality and the courage to be different is one Bay Area families appreciate, Tirella-Ventura said, adding that many East Bay children who receive PJ Library books are part of blended and LGBTQ families.

Juli Goldstein of Oakland, also waiting for a back-ordered copy, joined MacVicar in saying that the disappointment about PJ Library’s handling of “The Purim Superhero” in no way dims her family’s enthusiasm for the program, which each month sends out 130,000 books to families in North America. Her 3-year-old daughter loves getting the monthly package addressed specifically to her.

Then again, when Goldstein heard about the opt-in stipulation for “The Purim Superhero,” she wrote a letter to the Grinspoon Foundation.

“I grew up Jewish in the South in the early ’70s, and myself experienced discrimination and anti- Semitism,” Goldstein wrote in her letter. “My family taught us that we must learn what it is like to be Jewish, to be different, and to teach love and appreciation for all people, all faiths, all circumstances … It is to that end that I was surprised and disappointed to see an LGBT book on ‘special’ order. While we are a white, interfaith, heterosexual couple, we try very hard to teach our children that there are all sorts of families.”

Interviewed for this article, Goldstein said, “I’m still shocked, and still kind of mad about it. Now will we choose to have books that have Ashkenazi references but not Sephardic?”

Marcie Greenfield Simons, director of the PJ Library at the Grinspoon Foundation, responded to a reporter’s hypothetical question asking whether books featuring mechitzas (synagogue dividers that separate the sexes) or kosher homes — which might not be welcome in more liberal families — would be treated as “The Purim Superhero” has been.

“This is not about how anyone at the Harold Grinspoon Foundation feels about LGBTQ Jewish people,” Simons replied. She pointed to a video on the program’s website featuring positive comments about PJ Library from a rainbow of families, including one with two fathers.

The foundation’s decision, she said, came from a place of “trying to be respectful of the comfort level of parents … Sometimes important changes take place in incremental steps.”

While some parents were upset over the opt-in policy, others were perturbed that PJ Library decided to make the book available in the first place.

In a op-ed in the New York Jewish Week on March 24, Jerry Silverman, president and CEO of the Jewish Federation of North America, wrote: “A very few in our community were alienated by the choice of this book, and have dropped their subscriptions altogether, even though they had the option of simply not selecting the book. That’s their choice, of course, but that’s also unfortunate. Those few families that canceled entire subscriptions are missing out on a wonderful gift for their children — a gift that demonstrates that not all families are the same.”

His piece applauded the Grinspoon Foundation “for being sensitive, realizing we have a community that is diverse and offering a choice.”

Simons said that because of the number of backorders for the book, the foundation “made an immediate decision to work with Kar-Ben to reprint the books so that we could honor the orders.”

The rancor over PJ Library’s opt-in policy was fueled by a March 5 posting on eJewishPhilanthropy.com in which Victoria Steinberg, an attorney in Boston, wrote “In our home, PJ Library books and CDs are much more than wonderful stories and songs. They create another way that our home is a Jewish home … But not every PJ Library book we receive reflects our family’s values. Some portray strictly divided gender-based roles in religious life (e.g., only men reading Torah). Those books contradict what we teach our daughters about their Jewish obligation and right to participate as full members of their Jewish community and the rest of society. Others depict Eretz Yisrael in a way that does not match our loving but concerned perspective on Israel … Regardless of one’s views on same-sex parenting, it cannot be questioned that there are many Nates out there in the world. I hope that the Foundation will consider whether, if Nate were a real little boy, he would be welcome in all of their homes. He’d certainly be welcome in mine.”

Goldstein said she wishes PJ Library would reconsider its decision and make the book a regular monthly selection. “And I’d appreciate an apology note,” she said.

Added MacVicar: “I hope parents’ reaction [to the book] is so positive that PJ Library will see that they worried over nothing.”