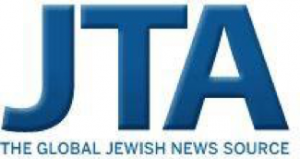 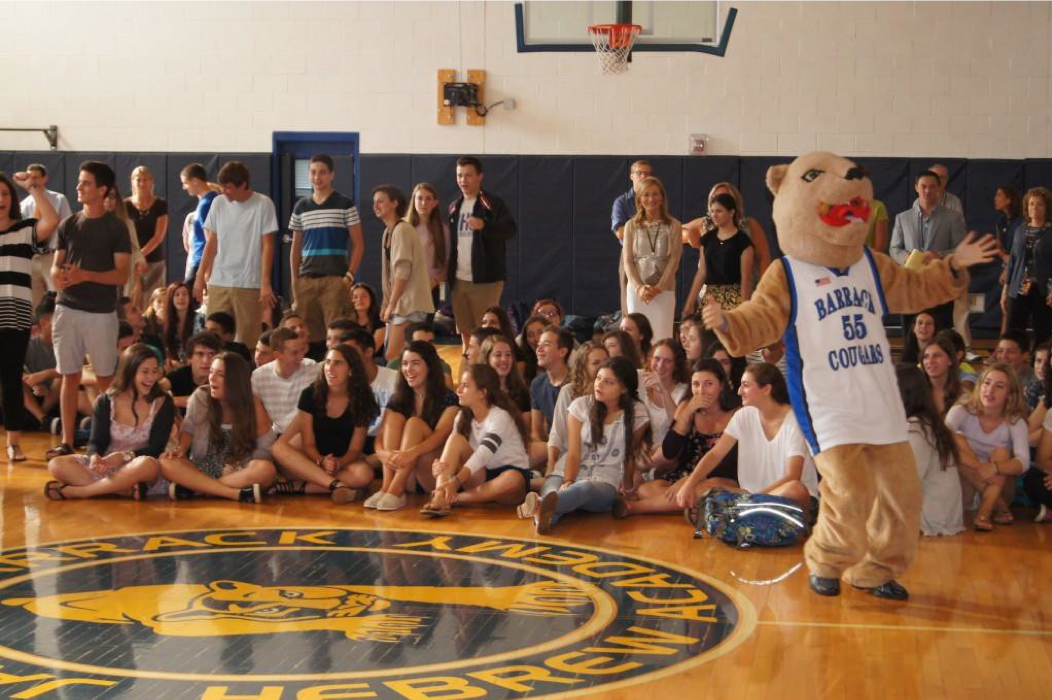 (JTA) — At most Jewish day schools, naming honors tend to be attached to grand spaces — auditoriums, prayer spaces, gymnasiums and the like. But at the Jack M. Barrack Hebrew Academy, a pluralistic day school in suburban Philadelphia, Patrick Rock’s name will forever be associated with what might seem to be a rather ordinary space: a bathroom.

For Rock, a 2005 alumnus who came out as transgender in his senior year, the gender-neutral bathroom dedicated on March 12 has a significance far beyond its modest dimensions. Though functionally no different from any other single-user bathroom, its designation as a gender-neutral facility is intended to signal to all students — particularly to transgender students — that Barrack is a safe and welcoming place.

Patrick Rock, an alumnus of Jack M. Barrack Hebrew Academy near Philadelphia, was the inspiration for a gender- neutral bathroom at the school. 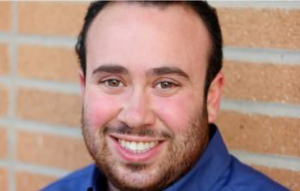 “For me, this bathroom is very much Jewish in that it very much gets at the values that they are teaching in this school,” Rock, 27, now a doctoral student in social psychology at UCLA, told JTA. “It’s an expression of respect for one another, an expression of including people in the community, an expression of welcoming folks who have been oppressed.”

The opening of the gender-neutral bathroom at Barrack comes at a time when the struggles of transgender people are gaining renewed attention — in the Jewish world and beyond. Several transgender rabbis have been ordained in recent years, and a number of congregations and movements have created Jewish rituals to sanctify the process of gender transition. Last Friday, a 13-year-old student at the Tehiyah Jewish community day school in El Cerrito, Calif., a San Francisco-area town, came out as transgender in a ceremony attended by the entire middle school, the j. weekly reported.

“I think it’s hugely significant and very much reflective of the specific current moment that we’re living in,” said Idit Klein, the executive directorof Keshet, a non-profit that encourages greater LGBT inclusiveness  among Jewish organizations. “I can’t emphasize enough that just in the past two years we’ve seen movement in Jewish youth-servinginstitutions as a whole on issues of gender identity. For years and yearsthere was tremendous resistance in Jewish world, and the broaderworld, to engaging with issues of gender identity and to talking about transgender people.”

Klein said the restroom at Barrack is, to her knowledge, the first gender-neutral restroom at a Jewish day school, although other schools haveaccommodated transgender students in other ways, sometimes by designating a particular bathroom for the student to use.

But bathrooms are far from the only concern for such students.

Rabbi Marc Baker, head of school at the Gann Hebrew Academy in Waltham, Mass., said that when an openly transgender student attended the school, the challenges ranged from whether the student should sleep in the boys’ or the girls’ section during school sleepovers to being more sensitive about the way people at school spoke about gender categories and norms.

Another complication is the role of traditional Jewish attitudes that often make no allowance for homosexuality, gender non-conformity or other deviations from classic gender and sexual identity categories.

Rock recalls that when he and other students at Barrack, then known as Akiba, were establishing a gay-straight alliance, they were told by an administrator that the group’s name could not include the word “gay” because being gay contravened Jewish law. Rock had come out as a lesbian in the 10th grade, and as transgender a year later to family and close friends, but he kept his gender identity private at school until the end of senior year over fears of bad grades or not receiving letters of recommendation to college.

Since Rock graduated, attitudes at the school have evolved as social attitudes have changed. Rock’s mother, Andrea, a teacher at Barrack for some 30 years, also notes that personnel less supportive of LGBT inclusiveness have since left the school. Barrack’s 12th-grade Jewish studies curriculum now includes an examination of homosexuality through the study both of ancient biblical and rabbinic texts and modern sources, including the documentary films “Hineni” and “Trembling Before God,” which examine LGBT issues in the Jewish community.

The impetus for the gender-neutral bathroom came when Rock returned to Barrack 2 1/2 years ago to give a talk to the gay-straight alliance about transgender issues and mentioned that much of the victimization of transgender students takes place in bathrooms. That, in turn, led the students and the alliance’s faculty advisers to request that one of the school’s bathrooms be designated as gender neutral — a request to which the school administration readily assented.

The physical changes to the bathroom have been minimal — students designed a plaque for the bathroom and a decorative rainbow tile, and adorned the inside with inspirational quotes. Still, Sharon Levin, Barrack’s head of school, said the symbolism is an important expression of the school’s ethical commitment to make everyone feel welcome, respected and safe. She added that the response by Barrack parents, students, faculty and administrators from across the denominational spectrum has been enthusiastic and overwhelmingly positive.

“This whole bathroom idea comes out of who we are as a school,” Levin said. “It just seemed like a natural outgrowth of what our values are here, what our mission is here, the fact that we’re a pluralistic school.”

And while a single restroom is certainly not the endpoint of evolution on LGBT issues in the Jewish world, or even at Barrack itself, Keshet’s Klein argues that it represents an important marker in Jewish perspectives on these matters. While Jewish organizations have at times grudgingly accommodated LGBT individuals to ward off negative consequences like bullying and suicides, Barrack is actively embracing inclusivity as a positive embodiment of Judaism’s core tenets.

“It once was the case that institutional leaders would be moved to act for fear of harm coming,” Klein said. “This is a positive step not just because it’s good for the handful of people who want to use that bathroom, but because it’s seen as reflective of the school’s values.”