Paving the way for next generation of LGBT leaders

The Bay Area’s gay Jewish community is a vibrant and populous one — more than 30,000 local Jews identify as LGBTQ, based on a 2010 study by the national nonprofit Jewish Mosaic.

But according to that same study, it’s a community that, historically, has been short on organized leadership. A new program under the auspices of the S.F.-based Jewish Community Federation aims to change that. The LGBT Pathways to Jewish Leadership program, slated to get off the ground this month, will pair a cohort of 12 to 15 up-and-coming Jewish LGBTQ leaders (ages 25 to 40) with established mentors in the community. Over 10 months, the group will develop leadership skills and strategize new ways to engage more deeply inside and outside the Jewish community. Participants will benefit from the expertise of staff at Keshet, the national LGBT organization working for full inclusion in Jewish life, and members of the federation’s LGBT Alliance; both are program co-sponsors.

“Obviously the Bay Area has a large Jewish population and a large LGBTQ population, but there are still relatively few identifiable, out, LGBTQ Jews serving on boards and in senior staff positions,” said David Robinson, Keshet’s Bay Area regional director. “And having been through leadership development programs myself … I think it’s extremely valuable that this program will be tailored specifically for addressing the challenges and opportunities that LGBTQ Jews face in the Bay Area.” 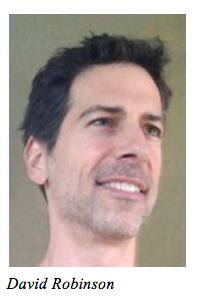 Another perspective came from Sam Goldman, who plans to be involved in Pathways. “We need to ensure that we have more of a pipeline for people like me — young adults who are wandering around in the LGBTQ Jewish community looking for, or making flirting glances at, leadership roles, but who don’t have the opportunities like I had to jump in,” Goldman wrote on a federation blog. “This isn’t about tokenism or a feel-good project. The Pathways program is a way for the Jewish community to invest in LGBTQ leaders.”

Goldman is a board member of the Berkeley-based Wilderness Torah and the national nonprofit Nehirim, which runs retreats focused on inclusion and advocacy.

The Jewish Mosaic study, overseen by the LGBT Alliance planning and advisory group of the JCF and the Jewish Federation of the East Bay, identified “pathways to involvement and leadership” as one need going unmet by the LGBTQ community in the Bay Area.

Katherine Tick, director of leadership development at the JCF, said the idea was to help the next generation of leaders “feel confident and excited to sit around the table as decision-makers, both in the Jewish and non-Jewish community,” noting that the applicants so far represented a diverse swath of the Bay Area.

Added Ilan Kayatsky, communications director at the JCF: “This is part of a larger goal, which is the federation’s aim to have a wide tent not just in name — to be representative of the Bay Area in every possible way. So far, we’re not aware of any other program like this [in the country].”