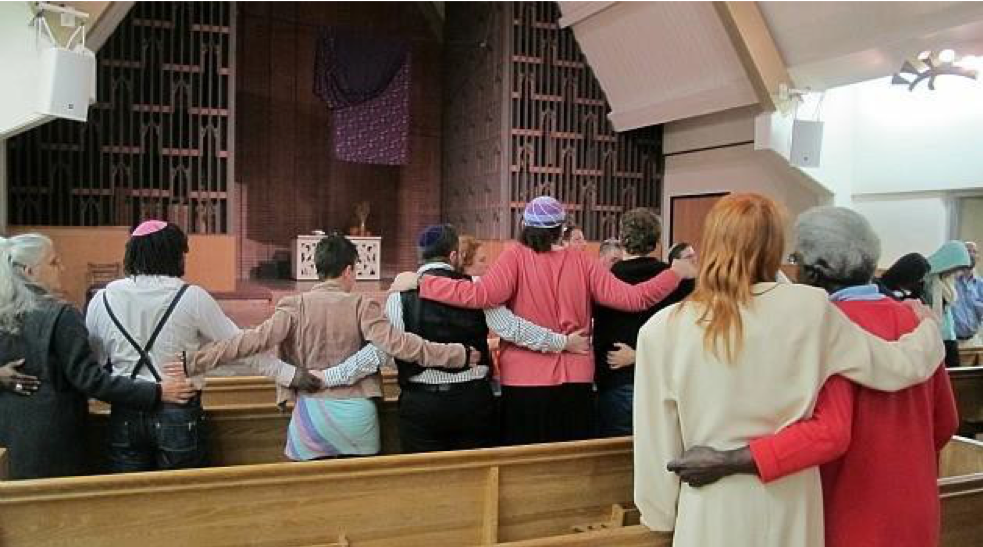 My friend and colleague Jay Michaelson’s op-ed “Include Me Out of This Jewish Community” calls into question the value and utility of “LGBT inclusion” in the mainstream Jewish community. I agree with some of Michaelson’s overarching points that being included in the mainstream without participating in fundamental change lacks meaning. But my experiences working for full equality and inclusion for LGBT Jews for the past 14 years as Executive Director of Keshet have led me to a radically different conclusion than Michaelson’s.

I do not believe that inclusion of LGBT people simply translates to the status quo with queer window-dressing. When LGBT Jews get a seat at the table, we have the chance to change not just the seating order, but the very structure of the table itself.

When a transgender rabbinical student is brought on as the rabbinic intern at a traditional Conservative shul, the look, feel and structure of the institution starts to shift.

When a Jewish film festival turns to a transmasculine Keshet leader who grew up poor to speak on a panel about Israeli women’s films, I see rigid conceptions of gender start to soften.

When a federation hosts a Keshet program and our staff explain why we are putting “All- Gender” bathroom signs up, the Jewish establishment begins to look different.

This month, I will be speaking at several Pride Shabbat services around the country and will challenge the congregations I meet to think critically about who is absent from their community and why; who is seen and who remains invisible. When people remain engaged in these conversations, the gulf between the margins and the mainstream begins to close. I believe LGBT Jews can change the Jewish community from the inside out. It is happening already.

Idit Klein is the Executive Director of Keshet.