Mother honors her slain son with activism in the LGBTQ community

By Ann Green, Special to The Advocate

On Aug. 1, 2009, an armed, masked man entered the Bar Noar (Youth Bar), a club in Tel Aviv for young people who are gay, lesbian, bisexual and transgendered.

Two people were killed: Nir Katz, 27, who worked as a counselor at Bar Noar; and Liz Trubeshi, 16. Eleven others were wounded. There have been arrests but no convictions for the crime.

Since the shootings, Katz’s mother Ayala has become an activist and leader in the gay rights movement in Israeli. She will speak on “Parenting LGBTQ Children” at Temple Israel of Boston on Wednesday, Sept. 3, at 7 p.m. 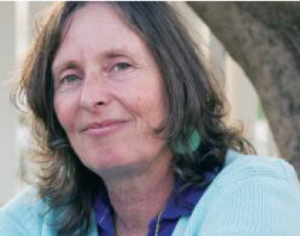 Ayala Katz, an activist for the gay rights movement, will speak at Temple Israel of Boston on Sept. 3. Her son Nir was killed five years ago.

The program is sponsored by the Keshet Parent & Family Connection. Keshet is a Boston-based, national organization that is unique in the United States because it promotes inclusion and equality of LGBTQ persons in all aspects of Jewish life. It provides community for families with LGBTQ members, offers inclusion training and organizes public events. Staff and volunteers work with clergy and educators.

Keshet began in Boston and now has offices in the Bay Area and Denver. The Boston office serves as the headquarters of the national organization.

At the Sept. 3 event, Jayne Guberman, a founding member of and mentor for the Keshet Parent & Family Connection, will moderate a conversation with Ayala Katz concerning their shared experience as parents of LGBTQ children. Katz will also discuss her activism in response to her son’s death and how she and her family have helped one another cope with Nir’s loss. 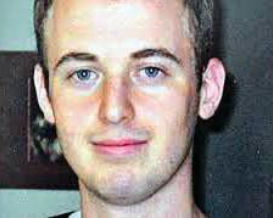 Since her son’s death, Katz has spoken at rallies, conferences and schools. She worked with LGBTQ organizations to create the Nir Katz Center for Violence, Discrimination and Homophobia Reporting, which opened in Tel Aviv in 2012. She has also served as chair of Tehila, an Israelisupport organization for parents of LGBT children. In 2010, she organized a first of its kind meeting between Gideon Starr, Israel’s Minister of Education, and LGBT groups. When Nir’s German-born partner faced deportation, Katz helped him get legal counsel and advocated in the media that her late son’s partner deserved the same legal rights as a heterosexual would have in the same situation. The Interior Ministry reversed its decision and allowed Nir’s partner to remain in Israel.

“This program is in line with our mission to empower parents to advocate for their children in their communities,” said Keshet Director of Development James Cohen.

“I hope that this same event will beget for us this year open dialogue, tolerance, and openness in our society for all its shades and components, and love between people for who they are. This would be the best way to commemorate Nir,” Katz said at the time. She expressed her hope that the parade would represent the start of a new path for the gay community in Israel.

The Nir Katz Center recently marked the fifth anniversary of the shootings with a special ceremony.