Rabbi Tsipi Gabai of Tehiyah Day School in El Cerrito will receive the 2015 Landres Courage for Dignity Award from Keshet, a national organization that works for full equality for LGBT Jews in Jewish life. Gabai was honored as an ally for “not simply accepting, but embracing a transgender teen.” She was cited particularly for creating a special naming ceremony for Tom Sosnik, a 13-year-old Tehiyah student who came out as a boy to his school community. (See J.’s March story at http://www.tinyurl.com/tehiyah-ceremony.) She will receive her award Dec. 3 at Keshet’s annual gala in San Francisco, as willAl Baum, founder of the LGBT Alliance at the Jewish Community Federation and Endowment Fund, who is being honored with the Rosh Pina Award for his lifetime of work on behalf of the Bay Area’s LGBT Jewish community. 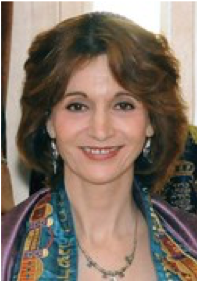