Greater MetroWest is joining about 500 communities around the country that have received training in how to make their Jewish institutions “safe and inclusive” for lesbian, gay, bisexual, and transgender Jews.

Funded by a $20,000 grant from the Jewish Community Foundation of Greater MetroWest NJ, the training will be made available to synagogues, schools, and other institutions. It will focus on language used by institutions in referring to LGBT individuals, Jewish rituals, and outreach, among other issues.

“The goal is to create a community that is welcoming and inclusive of all — all genders, all sexual orientations,” said Amy Biloon, the engagement and outreach director for the Jewish Federation of Greater MetroWest NJ, who is coordinating the project. “If you look at who is engaged in organizational Jewish communal life, it is not a cross-section of the people who live in Greater MetroWest.”

The training is being conducted by Keshet, a national Jewish organization that focuses on LGBT issues. It began Oct. 21 with training for personnel for all federation and beneficiary agencies; later in the year, there will be training for synagogues, religious schools, and youth workers. Relevant films and panel discussions will also be scheduled throughout the year, as well as a scholar-in-residence.

The foundation’s original request for proposals asked for projects in any of four areas: the older adult population, family engagement in Jewish life with emphasis on young children, the promotion of a “caring community” with emphasis on addressing and overcoming obstacles faced by vulnerable individuals and families, and Israel advocacy.

The proposal was a collaborative effort by Keshet and the Reconstructionist synagogue Bnai Keshet in Montclair. Rabbi Ariann Weitzman, director of education at Bnai Keshet, which will serve as host for the community-wide events, is the synagogue’s liaison for the initiative. Daniel Bahner, Keshet’s national director of education and training, is managing the training aspect.

The training happens to coincide with another forum for parents of LGBT kids, launching in November, created by Jewish Family Service of MetroWest.

Although there is no data on the LGBT community in Greater MetroWest, Reuben Rotman, executive director of JFS MetroWest, said the training is coming at an auspicious moment.

“Since the summer we have received an increasing number of calls from the community, both from parents and sister agencies wanting conversation and opportunities to learn more about this population,” he said. “Is it Caitlyn Jenner? The Supreme Court decision? Is society suddenly more accepting? I have no idea.” 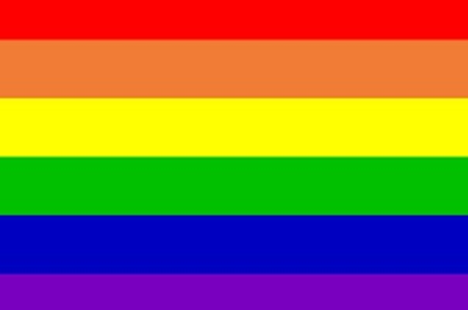 His agency will be sending representatives to the training. He added that schools have also begun asking for services. “This is not just about LGBTQ but opening a conversation about sexuality between parents and students,” he said. “I think our society is really questioning and struggling to learn about what it all means and how to define sexuality.”

The training will begin with the language institutions use, implicitly or explicitly, to refer to LGBT individuals. (LGBT, or LGBTQ, are acronyms for lesbian, gay, bisexual, transsexual/transgender, “questioning,” and “intersex individuals.”)

The most common issues he deals with, Bahner said, have to do with simple definitions and labels, which change and evolve over time. Bahner pointed out that there are some easy fixes, like changing registration materials that ask for “mother” and “father” to asking for “parent 1” and “parent 2” or “guardian 1” and “guardian 2.”

The training is tailored to individual communities.

“We meet communities where they are at, and we realize it will look different at each institution,” he said. “We can help those that [have done a lot already but] still need more work to be done and there’s space for individual and communities still starting out.”

Bahner acknowledged the challenges when the conversation moves to Judaism and rituals, which are often gendered or assume heterosexuality as a norm. “How do we hold onto our traditions and rituals and still make space to be inclusive? We want to be welcoming, but putting our values into practice” can be difficult, he said.

Overall, he pointed out, because the training is an ongoing process that takes time, Keshet will start the conversation, and then offer support and act as a resource as communities begin to implement various aspects of it. But in the end, Bahner said, “If we help one child who comes out, who needs to be loved and supported by the community, that is success.”

Bnai Keshet’s Weitzman said the synagogue participated in the grant because “there are quite a few LGBT families that do not connect with the Jewish community. Often it’s because they don’t feel included or welcome.”

THE LOCAL KESHET initiative will offer training sessions, including one scheduled for Oct. 21 for federation and agency employees, and for synagogue personnel, synagogue educators, and youth workers on Sunday, Jan. 31.

On Wednesday, Nov. 18, a screening and panel discussion of the documentary Hineini: Coming Out in a Jewish High School will take place at Bnai Keshet in Montclair. Other films and a scholar-in-residence program are being planned.