The Bay Area’s LGBT Jewish community will honor three outstanding leaders for their contributions to the community at the inaugural Glimmer gala this weekend.

The awards will honor two mothers who are allies – Jennifer Gorovitz and Ayala Katz – and a gay man – Martin H. Tannenbaum – for their ongoing work to improve, embrace, and integrate LGBT Jews in the Bay Area and Israel’s Jewish community and institutions. 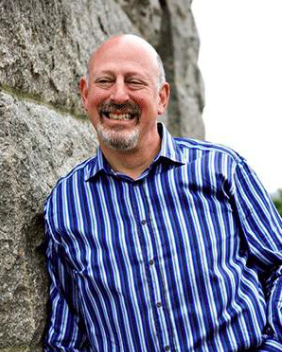 The event also marks a milestone for Keshet Bay Area with its first major fundraising gala and the introduction of its new director Rebecca Cariati.

“Glimmer is our way to celebrate and honor those people who have made an incredible dent in this work and allowed us to move forward with the work of LGBTQ equality and inclusivity in the Bay Area and beyond,” said Cariati, a 30-year-old queer woman.

Cariati said that about 250 people will attend the December 6 event being held in the Pottruck Family Atrium at the Jewish Community Center of San Francisco.

Gorovitz, the former CEO of the Jewish Community Federation of San Francisco, the Peninsula, Marin and Sonoma Counties, and Katz, an Israeli LGBT advocate, are being honored with the Landres Courage for Dignity Award.

Gorovitz, 50, is counsel at Manatt, Phelps and Phillips, LLP, and set an example for Jewish leaders across the nation on LGBT issues during her four and a half year tenure as the first woman to head one of the 20 largest Jewish federations in the U.S. She advocated for queer inclusion throughout the federation and the endowment fund, which is housed at the federation. Her support led to funding LGBT programs, including a $700,000 multi-year grant the federation provided to Keshet.

“I don’t believe that any individual or group of individuals should be marginalized, either through lack of interest or neglect or worse,” said Gorovitz, who felt it was important to put the LGBT community “front and center on her agenda.”

It was her goal during her leadership at the federation to enable the work of the LGBT community to “become more robust” and in the broader Jewish community, she said, but the federation didn’t have the resources or the skills to accomplish the work that she felt need to be done.

Keshet did. So, Gorovitz led the effort to fund Keshet’s work in the area of “capacity building, leadership development, and anti-bullying efforts in the Bay Area” that would, in a “much more significant way,” bring LGBT Jews into the broader Jewish community in the Bay Area, she said.

She’s honored and feels privileged that she’s being recognized by an organization that she has a “great deal of respect for,” she said.

Katz is the mother of Nir Katz, who was one of the two youth murdered during the tragic shooting at Bar Noar, a Tel Aviv center for LGBT youth, on August 9, 2009. She also will receive the award for her work educating people about LGBT issues in Israel.

Longtime gay rights leader and philanthropist Tannenbaum is being honored with the Rosh Pina Cornerstone Award.

The award is inspired by Psalm 118:22, a once rejected stone that has become the “chief cornerstone.” The award is meant to honor a Keshet leader whose “extraordinary contributions” have provided a “strong foundation” to fulfill the organization’s mission, according to the Glimmer webpage.

“I’m delighted,” said Tannenbaum, 61, who was the board chair of Keshet for three years and has been one of the major fundraisers and strategic planners for the organization. “I’m very thankful and delighted to know that I think it will help continue to move Keshet’s work in the Bay Area forward.”

An activist for more than 30 years, it has only been within the past decade that Tannenbaum brought together his gay and Jewish identities. It all happened 11 years ago, when he met his now husband of six years, Alex Ingersoll, 67, who introduced him to Congregation Sha’ar Zahav and brought his Jewish and LGBT worlds together, he said.

Tannenbaum added that he sits on the board of Congregation Sha’ar Zahav.

He appreciates Keshet’s work, particularly in the Bay Area, where many “Jews simply don’t affiliate Jewishly,” he said.

Keshet’s work is “a way to make sure that the Jewish organizations are truly inclusive,” as well as “assuring that queer folk who don’t connect in any way Jewishly can find a way to appreciate and enjoy that part of their identity,” said Tannenbaum.

“I just find that the more parts of ourselves that we are able to integrate and do it in a way that really combines multiple identities it is both personally gratifying, but it also helps build community,” said Tannenbaum.