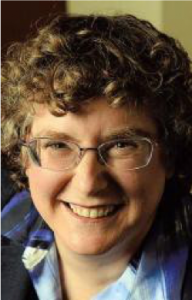 WATERTOWN – Susie Tanchel, head of school at Jewish Community Day School here, was honored by Keshet for her dedication to LGBTQ inclusion and her own journey as the first openly gay head of a Jewish day school.

The other honorees are Rebekah Farber, former chair of RAVSAK’s board of directors and co-founder of de Toledo High School in California and Marc Kramer, former executive director of RAVSAK. All are being recognized for their diligent work for LGBTQ equality and inclusion in schools.

Tanchel, who has a doctorate in Near Eastern and Judaic Studies, said that when she applied for her current position in 2011, she felt she was qualified and “acted as my straight counterparts would.” Still, she wasn’t sure if her sexuality would stand in the way of being hired.

“JCDS was the first school in the country to take that courageous step,” Tanchel said. “I was really proud of JCDS. It has a long tradition of warmth and welcoming.”

Tanchel has also seen changes in the larger community in past years.

“The Jewish community of Boston in the last few years has been on the path towards greater inclusion,” she said.

James Cohen, a Keshet spokesman, said Tanchel’s hiring as the first out head of school is “one of many ways progress is measured.”

Tanchel has made it her mission to grow the school’s tradition by putting diversity at the center of what the school teaches.

“We want to be a school for all Jewish families in Boston who are raising Jewish kids,” Tanchel said. “We are a school that believes that diversity is our strength. We want to teach our kids how to navigate complexity and engage with difference.”

Tanchel said the first step to creating an inclusive environment is to “not to have the assumption that everyone is heterosexual.” The school uses simple, specific changes to accommodate non-traditional families, like listing “parent one” and “parent two” on forms instead of “mom” and “dad,” and making sure that examples of families include Jewish families of color, not just white and heterosexual parents.

“There are so many different kinds of rich family lives,” Tanchel said. “The more that you can normalize [non-traditional families]… I fundamentally believe that that strengthens you.”