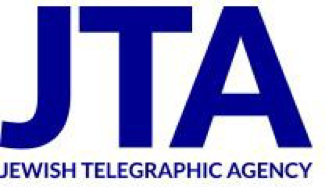 BOSTON (JTA) — Jewish groups in Massachusetts are hailing the passage of a bill by the state’s House of Representatives that will extend the anti-discrimination protections for transgender people in public accommodations.

The controversial measure, approved Wednesday by a vote of 116-32, allows people to use facilities such as restrooms and locker rooms that match their gender identity. Public accommodations include places such as malls, restaurants and libraries.

An amendment by opponents that would have specifically excluded religious institutions such as churches and synagogues was defeated.

The bill had the backing of several Jewish groups, including the Jewish Community Relations Council of Greater Boston; Keshet, a Boston-based national organization for LGBTQ inclusion in Jewish life; the New England regional office of the Anti Defamation League, and the Jewish Alliance for Law and Social Action.

“The long-awaited passage of this anti-discrimination bill ensures that no transgender person in Massachusetts will have to live in fear of discrimination, harassment or unequal treatment any longer,” said Robert Trestan, ADL’s regional director.

According to MassLive, the bill now heads to a joint legislative conference committee to iron out differences with the version approved earlier by the state Senate. The Senate is led by Stan Rosenberg, its first Jewish president and one who is openly gay.

The final version will go to Gov. Charlie Baker, who on the eve of the House vote ended his months-long neutral stance, saying he would sign the bill being considered by the House.

Seventeen other states and the District of Columbia have similar laws.

“On the first day of Pride month, to kick off this month, it’s a moment that the Jewish community can be proud of to be on the right side of this issue,” said Jeremy Burton, executive director of the Jewish Community Relations Council of Greater Boston.

The bill was a top legislative priority for the JCRC, which views it as a civil rights issue that is part of the group’s longstanding advocacy for full LGBT equality, Burton told JTA just minutes after the House vote.

“We see it as inherently part of the values and self-interest of the American Jewish community, that we have always thrived in this country when the maximum effort was made to fully protect and defend every citizen,” he said.

While he has spoken with some in the Jewish community who are not in favor of the measure, the overwhelming voice has been in support, Burton said.

Keshet has also seen wide acceptance of transgender rights, according to Jordyn Rozensky, the educational group’s director of communications and marketing.

“We’ve seen the Jewish community rally around the passage of this bill,” she wrote in an email, with individuals participating in phone banks and signing a legislative petition.

“Keshet has truly seen the pendulum swing towards full inclusion, equality, and protection in the Jewish community for transgender individuals,” she wrote, citing a transgender rights resolution adopted by the Union for Reform Judaism and a similar resolution adopted last week by the Conservative movement’s Rabbinical Assembly.

The state of North Carolina has come under fire for a law passed in March requiring that one use the bathroom according to the gender on a person’s birth certificate.