Jewish groups get $1.7M for inclusion

By Jeffrey B. Remz, Advocate Correspondent

BOSTON – The San Francisco based Jim Joseph Foundation awarded a pair of local Jewish organizations two grants worth a combined $1.675 million for programs aimed at including more LGBTQ youth in Jewish life and diverse learners at Jewish day schools.

Keshet, an advocacy group for gay, lesbian, bisexual and transgender Jews, will receive up to $1.2 million to expand its work with Jewish institutions to foster greater inclusivity of LGBTQ youth and teens into Jewish life.

Both Keshet and the federation will receive the full grant if they meet certain criteria. 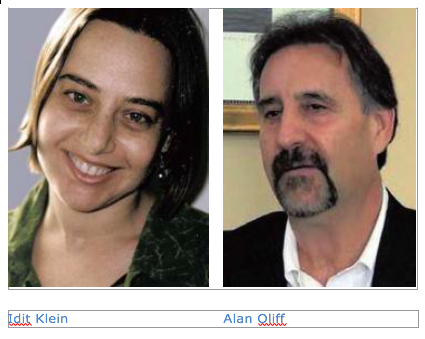 “This is a very significant grant,” said Idit Klein, Keshet’s executive director. “It’s the largest we’ve ever received, and it’s the largest single grant to an organization working on LGBTQ inclusion issues.”

For the federation, the grant will enable professional development of staff, from administrators to teachers.

“Both of these grant partners make Jewish learning more accessible and more inclusive for Jewish youth and young adults,” said Stacie Cherner, senior program officer at the Jim Joseph Foundation. “Now they can expand their efforts and share their learnings with even more communities around the country, making these communities more vibrant and welcoming for all.”

Klein described the three-year grant as, “both a singular moment for us and the statement that’s being made that this work is beginning to occupy in the Jewish communal landscape.”

She underscored the grant as an “important indicator of change” about LGBTQ issues in the Jewish community.

Klein said the Jamaica Plain-based Keshet would use the funds in two ways. The first is by working with senior professional staff and lay leaders of a variety of institutions in New York, ranging from Jewish community centers to congregations to 12 Jewish day schools, to determine what their areas of strength and weakness are regarding inclusion of LGBTQ youth.

“We will work together to really create a really taklis [concrete] action plan of objectives they want to reach,” Klein said.

The training and consultation process should take about one year, she said.

Klein said Keshet also is “working intensively” with the Association of Jewish Family & Children’s Services, the umbrella organization of similar groups around the country, to determine how they can best meet the needs of LGBTQ youth.

The second area that Keshet will focus on is its shabbaton program for LGBTQ teens and their allies, she said. Kesher currently runs annual East and West Coast shabbatonim, with each drawing about 100 people.

Klein referred to the shabbatonim as “spaces that LGBTQ and ally teens can really unselfconsciously be fully themselves in the way that a vast majority of them cannot in other parts of their lives.”

Keshet will increase the number ofshabbatonim over the course of the grant, along with providing opportunities for youth to come together in between the shabbatonim, perhaps in regional gatherings, according to Klein. Details were still being ironed out, she said.

According to Oliff, the federation will use its grant to sustain its B’Yadenu program, established in 2011 with a Jim Joseph Foundation grant, which encourages the inclusion of diverse learners at five local Jewish day schools: Gann Academy,Jewish Community Day School, Maimonides School, Solomon Schechter Day School of Boston and Striar Hebrew Academy.

“This [grant] is a continuation of that project,” Oliff said. “They’re working on whole school change – to improve the ways that all students, particularly diverse learners, succeed in their schools.”

He estimated 20 percent of the students in the five schools have special needs.

Through professional development, teachers would learn ways of utilizing learning tools in their classrooms for all types of learners, Oliff said.

“Planning is not top down,” he said. “It’s not administrators saying, ‘You will do this.’ Rather, it’s teams of teachers and administrators doing this.”

Oliff cited the need for “building school culture, how people think and talk about the different learners that are in or might come into the school. We want more families to be served who want a day school education for their children.”

“This is not a one-shot, let’s have a professional development program,” Oliff said. “This is about being strategic, but also about doing it over a period of time.” The grant will last three years.

He said the diverse learning strategy model developed at the Bostonarea schools would be exported to three unidentified school communities through the grant, as well.

The local grants were part of more than $21 million that the Jim Joseph Foundation awarded during the summer, including giving up to $10 million to the Birthright Israel Foundation program to bring young adults to Israel. In its 11th year of grant making, the foundation has awarded more than $440 million to support Jewish education, primarily for youth, teens and young adults.