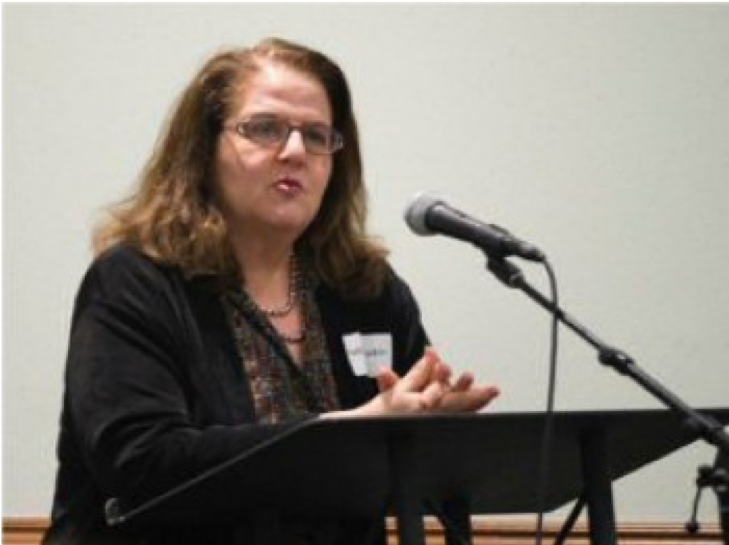 Over 50 people attended a panel discussion on March 2 that explored the process and experience of same- sex weddings and marriages in the Jewish tradition. Titled “A Conversation About Same-Sex Marriage,” the discussion was presented by JQ Baltimore, a group that seeks to create an inclusive Jewish Baltimore where Jewish LGBTQ individuals and their families are accepted, and by Keshet Parent and Family Connection (PFC), a national grassroots organization that works for the full equality and inclusion of LGBT Jews in Jewish life.

“Now that marriage equality has passed in Maryland and in other parts of the country, we thought this would be a good topic for discussion,” said Debbie Heller, founder of Keshet PFC, prior to the event. “The idea developed as a way to encourage open, inclusive discussion within the Jewish community about this increasingly important topic.”

Mandy Dickler, co-founder of JQ Baltimore and mentor for Keshet PFC pointed out that Question 6 was just something people voted on at the polls. “This program will put names and faces to Jewish members of our community for whom this historic vote has made a world of difference.”

The panel consisted of three rabbis who perform same-sex weddings, one set of parents of a married son who is gay, two same-sex married Jewish couples and one member of a male married couple with the other spouse seated in the audience.

Other members of the audience were interested in knowing what it was like for children to be raised by same-sex couples. One of the panelists, who is a grandmother to her son’s two adopted children, said that “they are being raised the same as children would in any other family.” She explained that “because the fathers had to go through so much to be able to adopt them, they are cherished even more.” The children refer to their parents as “Dada” and “Daddy.”

Panel member Rabbi Gila of Ruskin of Temple Adas Shalom in Havre de Grace said she had been ready to perform same-sex weddings for quite some time but only did so for the first time last year on Valentine’s Day. She had been asked by a couple from her congregation to marry them. The lesbian couple, who had converted to Judaism, had been together for over ten years. They had a civil union in Vermont years earlier but wanted to have a Jewish wedding as well.

Rabbi Ruskin performed their wedding in the presence of their family members. Not long after the wedding, however, one of the spouses became extremely ill. As a result of the rights that they were entitled to as a married couple, the well spouse was able to make important medical decisions for her partner. Rabbi Ruskin saw first-hand how the marriage equality laws benefitted this couple.

Unfortunately, the ill woman passed away. The couple had been married for less than a year, yet, the surviving spouse, who was present at the program, said she was so thankful that the law allowed them to get married in their own state in a Jewish ceremony.