By Kaden Mohamed and Mimi Micner 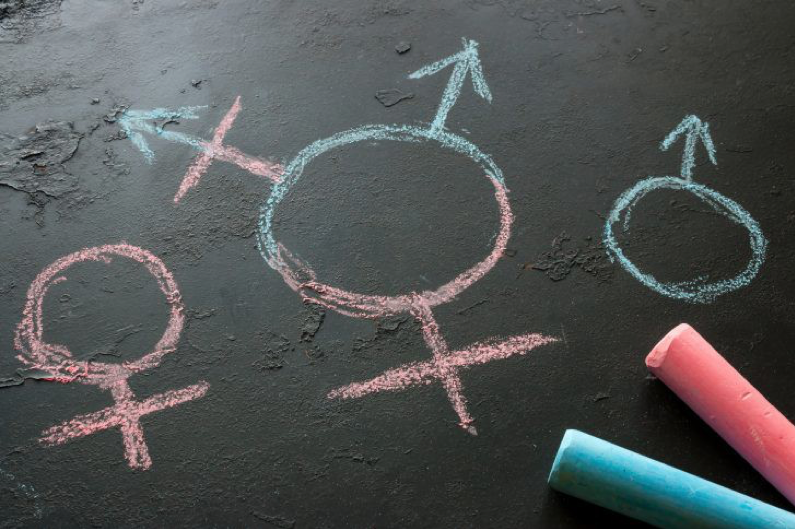 As you might know, this is a critical moment in Massachusetts to support transgender rights on the November ballot. We—a transgender man and a cisgender rabbinical student who work for Keshet—want to do everything we can to make sure the Jewish community steps up in this importantmoment.

For me, Kaden, the past six-and-a-half years since beginning my transition have by far been the happiest of my life. Being able to live as the person I am, to live authentically and true to myself, has completely changed my life. I went from feeling like I had to hide myself from everyone around me to feeling like I could live a normal life of being who I really am while still being respected by my friends, community and family.

At the end of the day, I think that’s what all people want, including trans people—we want to be able to live authentically, to pursue our passions in life, to find success for ourselves, to be loved and to be treated with respect and dignity by the people around us. We want to be able to exist. For me, that’s what voting yes on Question 3 is about—it’s about ensuring equal treatment for everyone in our commonwealth. It’s about knowing that my state provides the same basic protections for me as it does for everybody else.

And I, Mimi, come to this work as an ally. I am a cis queer woman and know that my freedom and liberation is tied up with the freedom and liberation of my transgender siblings. Question 3 is both specifically an attack on transgender folks in Massachusetts and an attack on the whole queer community, and on all of our abilities to live our lives as full people. And I come to this work as a Jew, committed to bringing a Torah of dignity and transformative justice into our broken world.

On Nov. 6, our trans friends, family members and neighbors are counting on us to uphold their rights at the ballot in Massachusetts. The question asks whether Massachusetts voters want to uphold equal protections for transgender people—protections that make it illegal to discriminate against trans individuals in public spaces, which includes restaurants, hospitals, public transit, parks and anywhere else that isn’t home, work or school.

At its core, this law is really about human dignity and equal rights. It guarantees that everyone, whether they identify as transgender or not, is able to go out in public to the movies, to buy groceries, to take their family out for dinner or to go for a jog in a park without having to look over their shoulders, without having to worry about being kicked out, humiliated and refused service simply for being transgender. It gives family and parents peace of mind to know that in an emergency their transgender loved ones will be taken care of and treated by doctors in the hospital they go to. It ensures that Massachusetts remains a state that welcomes and values diversity and that stands up for equal human rights for all of its residents.

As Jews, we value human dignity and equal rights. An argument between Rabbi Akiva and Ben Azzai captures this well in the Talmud: Rabbi Akiva argues that the central principle of the Torah is “Love your neighbor as yourself,” whereas Ben Azzai says the central principle is that all people are created in God’s image. As is the case with many arguments in the Talmud, the point of this argument is not really to determine who is correct; it is to articulate and discuss deeply-held values and principles. The Talmud is telling us that both principles are deeply important, and deeply connected: all human beings are created in God’s image, and therefore each of us deserves to be treated with equal honor and respect and should treat others as such. In the words of Rabbi Yitz Greenberg, being created in the image of God means that all human beings are unique, infinitely valuable and equal.

Some folks might wonder what this means for bathrooms and locker rooms, hearing that upholding this law poses an issue of safety for women and girls. The truth is, that could not be further from reality or the evidence we have. The data show that there is no link between public protections for transgender folks and bathroom crimes, and that there has been no uptick in safety incidents in bathrooms here in Massachusetts since the law came into effect. If you’re interested in looking into this data more, read The Boston Globe’s coverage of it here. On top of that, there are already laws in place that address assault and harassment—upholding these equal protections for trans people does not change those existing laws, and it is still illegal to verbally or physically assault someone. At the end of the day, what this law really does is protect transgender people from discrimination, which makes public spaces welcoming and safer for everyone, regardless of their identities.

The whole country is looking at Massachusetts on this one—if we lose this vote, it will embolden other states to follow suit and put transgender rights on the line. Massachusetts has always been a leader in social justice, a leader in LGBTQ rights and a leader in standing up for its people and residents. We must continue that legacy this November, showing the rest of the country that we stand for justice and equal rights here in the Bay State, and sending the clear message that human dignity and equal treatment for all people, including trans people, is what Massachusetts strives for.

This is the first state where these laws are being questioned at the ballot box, and it’s imperative that we stand up together as a state and show the rest of the country that we remain leaders in social justice and show that taking away people’s basic human rights is not acceptable. We will come together on Nov. 6 to vote “YES on 3” to show our trans community in Massachusetts and across the country that we see them as human beings deserving of the same equal protections as everyone else.

Kaden Mohamed moved to the Boston area in 2010 to attend Wellesley College. There he studied women’s and gender studies and education studies. During his time at Wellesley, Kaden was able to begin exploring and understanding his interests in social justice, and anti- oppressive work helped him understand and be comfortable with his own gender identity as part of the trans community. Prior to graduating, most of his advocacy and activism was expressed through participation in educational panels, various media outlets as an interviewee and participation in different community movements for social change and equity. He now works full- time at Keshet and serves as co-chair on the steering committee of the MassachusettsTransgender Political Coalition. In working with both organizations, Kaden gets to expand his participation in striving for a more inclusive and equitable society for all LGBTQ-identified people in myriad ways. When he’s not working, Kaden can be found biking, kickboxing, cooking and enjoying life with friends.

Mimi Micner is a fifth-year rabbinical student at Hebrew College in Newton and is Keshet’s advocacy and campaigns specialist and rabbinic intern. She has also prioritized justice work during rabbinical school as a fellow with T’ruah: The Rabbinic Call for Human Rights, a community organizing trainer and online course instructor for “Don’t Kvetch, Organize” with JOIN for Justice and the co-founder of the Jewschool column #TorahForTheResistance. She has also taught Mussar and other Torah topics and worked with college students. Mimi is from Vancouver and now lives in Jamaica Plain.