Today is International Women’s Day. GLAAD’s Religion, Faith, and Values program would like to take this opportunity to mark the achievements of women who have been dedicated in their advocacy on behalf of LGBT people within their faith communities. Throughout the rest of March, which is Women’s History Month, we will continue to profile women of faith, both LGBT-identified and allies, who have worked on behalf of LGBT equality.

Keshet is a Boston-based organization that advocates on behalf of LGBT Jews. In addition to the national office outside Boston, Keshet maintains a presence in Denver, Colorado and San Francisco, California. Before coming to Keshet in 2001, executive director Idit Klein was an LGBT activist in Israel and worked for a variety of social justice organizations. In 2005 the Jewish Women’s Archive honored her with a Women who Dared Award. She credits her Jewish upbringing and faith for her strong sense of social justice and drive to make change:

“Everything that I do and think is so strongly imbedded in my identity as a Jew and my sense of the values that I inherited by being born into this identity. [For example] a commitment to justice and to a society where people aren’t marginalized and to values that embrace the possibilities of radical transformation. That I think has been really key.”

Sasha T. Goldberg, who serves as the director of Keshet’s San Francisco office, has also dedicated herself to LGBT advocacy. Before coming to Keshet in 2011, she was the associate director of Nehirim, another Jewish LGBT organization, and has worked as a consultant for progressive social justice organizations with both religious and secular foundations.

Andrea Jacobs, PhD, is the director of education at Keshet, which includes overseeing the Hineini Education Project, which works to create safe schools and communities for LGBT Jews throughout the United States. 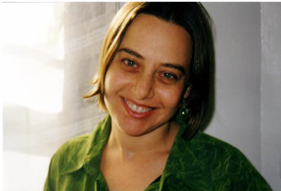 GLAAD commends Idit, Sasha, and Andrea and all other women at Keshet for their commitment to justice and equality for LGBT Jews. If any of our readers have suggestions of women of faith who are advocates or allies, please contact Miriam Lazewatsky, GLAAD’s Faith & Campaigns fellow.