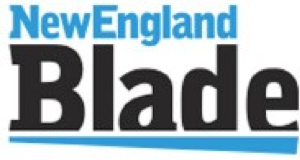 At the official release on Sunday, Sept. 21 in Boston of the ground-breaking documentary “Hineini: Coming Out in a Jewish High School” on DVD, and a companion curriculum, some 75 local rabbis, educators, and supporters gathered to see film star Shulamit Izen, director Irena Fayngold, and take in a performance by local folk-pop artist Catie Curtis.

The event kicked off the next phase of Keshet’s Hineini Education Project which seeks to transform Jewish institutions into welcoming and compassionate spaces for GLBT students and faculty. 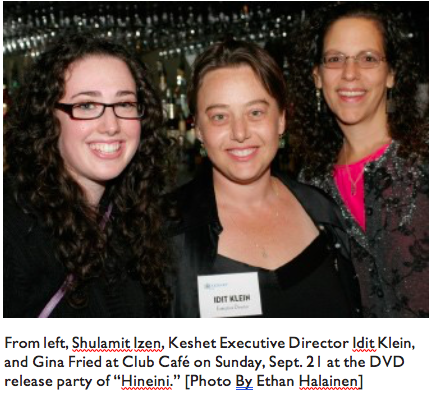 Shulamit Izen entered The New Jewish High School (now renamed Gann Academy) as an out lesbian. At a young age, she organized students and staff to create “Open House,” a weekly gay-straight alliance association. Today, “Open House” is still going strong at the Gann Academy. Izen went on to become an student activist at Brown University, and is now studying to become a rabbi.

“I come to approach the text as an evolving document layered with human experience,” said Izen in a follow-up interview featured in the documentary.

The release party highlighted a clip that showed Izen’s strength and “the power one person has to create change in a community,” said Keshet Executive Director Idit Klein.

After the clip, Izen said thanks and offered prayers to and for the audience, to which she received a standing ovation.

Brynna Fish traveled from Cleveland to Boston for this event. She rose from her seat to thank Izen for her work. Fish led the audience in Schecheyanu, which she describes as “blessing from God enabling us to be here.”

The documentary, meaning “Here I Am” in Hebrew, began as a five minute video project and grew into a full length film.

Hineini has been shown across the world including at festivals in Jerusalem, London, Paris, and Toronto.

Hineini, Hebrew for “Here I Am,” chronicles one student’s fight to start a Gay-Straight Alliance at her Jewish high school (Gann Academy: The New Jewish High School in Waltham, Mass.). The film, produced by the nonprofit organization Keshet, has created a worldwide stir in the Jewish and GLBT communities, having screened at over 50 film festivals and in hundreds of community screenings in synagogues, schools, and community centers.

The DVD contains the feature film, more than 30 minutes of special features, and a section for educators that corresponds to the curriculum. This is the first time the film and curriculum will be available for sale. For more information to www.hineinthefilm.org.