On March 13, Keshet, an advocacy and networking group for LGBT Jews, will host a wildly fun party in celebration of Purim, an annual Jewish festival.

“Purim is the Jewish Carnivale,” said David Robinson, executive director of Keshet’s Bay Area office. “The holiday is a story and a celebration of liberation. In ancient Persia there was a plot to destroy the Jews: we were liberated from that threat.”

Thousands of years later, the Jewish people party hearty as they commemorate their freedom and survival. “It’s evolved into a holiday where you are commanded to get intoxicated with joy,” said Robinson. “That can be through dancing, drinking, costumes, which can include drag. There’s a lot of identity role-playing. Purim is a holiday where even non- queer Jews can dress up as their alter egos.” 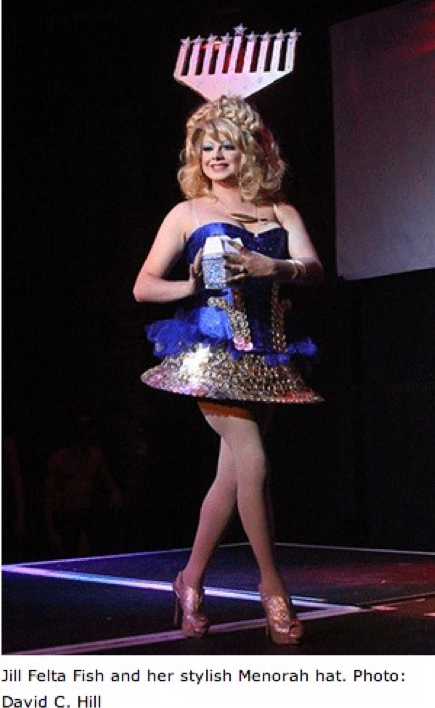 Jews and LGBT goyim (non-Jews) have a lot in common, Robinson says. “Queers and Jews understand oppression, persecution, and the importance of joy and liberation,” he said.

Robinson feels that LGBT people have a lot to share with other communities. “We can teach everyone a lot about not taking yourself too seriously,” he said. “It’s crucial to be silly and joyous, to put on that costume and risk looking ridiculous. Humor is very crucial to Jews and to queer people.”

The party, Robinson warns, might be R-rated. “Its going to be on the racy side,” he said. “It’s not going to be your average synagogue Purim celebration. Alcohol will be served, so it’s not for kids. We are reaching out to a very broad audience, but we’re not competing with Folsom Street Fair or Dore Alley.”

Childcare will be available for those who need it. Robinson urges parents who wish to attend to contact [email protected]

So how naughty will the party get? Robinson reports that there will be a Jewish burlesque show with Starr 69. Drag King Arty Fishal, who sees gender as a playground, will be seen in performance. Jill Felta-Fish, Goddess of the Kosher buffet, will also be on hand. There will be free ten-minute astrology readings, and music from DJ Wam Bam Ashleyanne. All of it brought to you by your lovely host, Ms. Shechina Weena.

And there will be booze, lots of booze. Those who attend in costume get a free drink. Costume wearers will also get to compete in a contest.

“There will still be plenty of time to eat, drink, shmooze, and dance up a storm,” said Robinson. “Whether you’re Jewish, queerish, or something else entirely, you’ll feel like a Purim Queen before the night is through.”