The seventh annual Keshet Cabaret is coming up on Thursday, March 27. This year’s gala is honoring two people working on the frontlines of LGBT rights, including Jennifer Levi, the director of GLAD’s Transgender Rights Project. Jennifer is a nationally recognized expert on transgender legal issues and co-editor of “Transgender Family Law: A Guide to Effective Advocacy.” I asked Jennifer about the progress made in transgender rights during her time in the field.

You’ve been working for transgender rights for more than 15 years. How have things changed from when you started?

There is much more awareness of who transgender people are and much deeper understanding about the need for protections for the community. Having transgender people in the media, on television and in the movies has significantly helped in public education efforts. When I started doing this work in the mid-1990s, lots of people didn’t even know what I was talking about. Sometimes it helped, but mostly it didn’t. More awareness means more compassion, understanding and support. 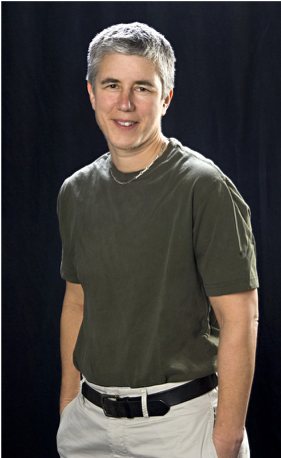 It feels a little bit like we’ve reached a bit of a tipping point on gay rights; are transgender rights the next frontier?

I hope so, but I also think that gay/lesbian/bisexual (LGB) and transgender (T) issues really go hand in hand. The reality is that outsiders to the LGBT community see us all as one. And because gender-based stereotypes, presumptions and discrimination are at the heart of anti-gay and anti-trans bias, I think most advances that help the LGB community redound to the benefit of the T community and vice versa.

I understand there’s a story about your last name and your Jewish identity?

Yes, my last name is a taken name. When I decided to change my last name, I was finding it hard to pick the one I wanted. I realized that all of the ones I was considering felt like they would wash out much of my visible (or audible) Jewish identity. So someone suggested “Cohen.” Well, I am not a Cohen, I am a Levi, so I picked Levi. And as soon as I did, it just felt right. Sometimes I think I could just go by Levi as first and last name. But I’m not quite that hip. So Jennifer Levi I remain.

You live in Northampton, a town that’s near and dear to me as a native 413-er. What’s your favorite spot downtown?

Well, that’s a really tough question! My mom works at Ten Thousand Villages. I like to visit her so I guess that would make it among my favorites. I’m also an ice cream fanatic, as my kids will tell you, so Herrell’s is close to the top of the charts. And then there’s Packard’s.