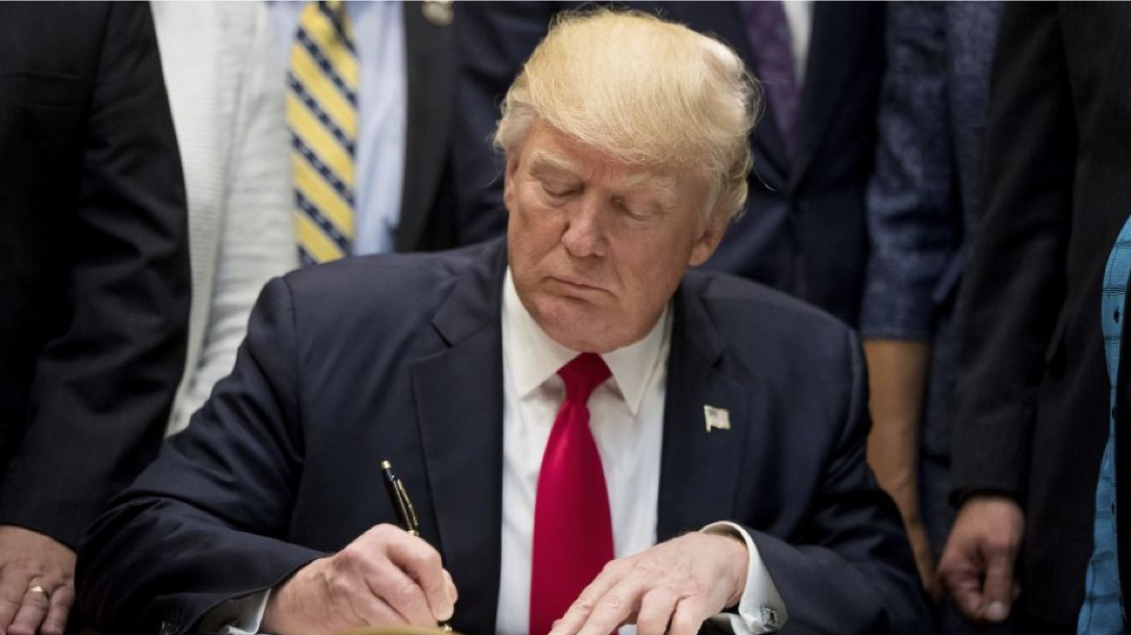 NEW YORK — United States President Donald Trump is expected to sign an executive order on“religious liberty” Thursday. However, say some legal scholars and Jewish community leaders, while it may be about religion, it certainly isn’t about liberty.

According to draft language leaked six weeks ago to The Nation, discriminatory practices over gender identity, premarital sex, abortion and sexual orientation would be protected against adverse government action, whereas those with more progressive religious or secular views would receive no such protection, explained Prof. Ira C. Lupu, the F. Elwood & Eleanor Davis Professor of Law at George Washington University.

“The most dangerous part is it tilts its favor toward one belief about sex, marriage and gender identity,” said Lupu, a nationally recognized scholar in constitutional law, with an emphasis on the religion clauses of the First Amendment.

The White House did not release the full text of the order, and it was not clear just how the pledges stated within the order would be carried out. The order, which essentially would make it even less likely that a religious organization would lose its tax-exempt status because of a political endorsement, falls short of what religious conservatives expected from Trump, who won overwhelming support from evangelicals by promising to “protect Christianity” and religious freedom.

Ralph Reed, a longtime evangelical leader and founder of the Faith & Freedom Coalition, said he was briefed by White House officials about the text of the executive order. Reed called the provisions an excellent first step in the Trump administration’s plans for protecting religious freedom.

Reed said he was “thrilled” by the language on the IRS restrictions on partisan political activity. “This administratively removes the threat of harassment,” Reed said in an interview with the Associated Press. “That is a really big deal.” He said the language in the order related to the preventive care mandate will “ensure that as long as Donald Trump is president, that something like the Little Sisters of the Poor case will never happen again.”

Still, Mark Silk, a professor at Trinity College in Connecticut who writes extensively on religious freedom, called the planned actions as described by the White House as “very weak tea,” especially compared to the draft of the religious freedom executive order that leaked earlier this year. That document contained sweeping provisions on conscience protection for faith-based ministries, schools and federal workers across an array of agencies. “It’s gestural as far as I can tell,” Silk said. “It seems like a whimper.”

That is not the case of the language in the leaked draft.

The draft executive order emphasizes that the US Constitution protects “the fundamental natural right to religious liberty.” At the same time, it asserts the Constitution “ensures that Americans and their religious organizations will not be coerced by the Federal Government into participating in activities that violate their conscience.”

Accordingly, the order would protect the tax-exempt status of any organization that “believes, speaks, or acts (or declines to act) in accordance with the belief that marriage is or should be recognized as the union of one man and one woman, sexual relations are properly reserved for such a marriage, male and female and their equivalents refer to an individual’s immutable biological sex as objectively determined by anatomy, physiology, or genetics at or before birth, and that human life begins at conception and merits protection at all stages of life.” 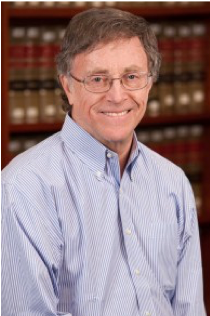 These are beliefs most commonly associated with more traditional religious strains, such as Evangelical Christians, conservative Christians and Orthodox Jews. As such Lupu and his colleague Prof. Robert W. Tuttle wrote in an op ed that the order is “staggeringly broad and constitutionally questionable,” and likely violates the Establishment Clause of the First Amendment.

“It is one thing to identify a specific subject and protect all religious beliefs concerning that issue; it is quite another for the government to avowedly take sides, telling every employee that her rights depend on accepting a particular religious viewpoint,” wrote Lupu.

According to news reports, Trump plans to sign the executive order, his 44th since taking office, on May 4, National Prayer Day, while surrounded by religious leaders.

Although the timing of the order may strike some as ironic, one shouldn’t read too deeply into it, Lupu said. Dating back to 1952, both houses of congress unanimously passed the resolution and Republican and Democrat presidents have since observed it in ecumenical fashion. 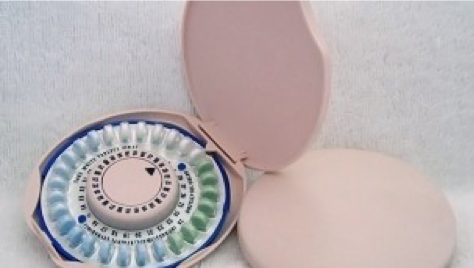 Nonetheless, some could see the decision to sign the order on National Prayer Day as one more example of a president eager for the support of social conservatives.

In January, Trump signed an order blocking foreign aid or federal funding to any nongovernmental organizations that perform or “actively promote abortion as a method of family planning in other nations.” Earlier this week, he named anti-abortion and anti-contraceptive advocate Teresa Manning, as deputy secretary for population affairs Department of Health and Human Services.

Trump’s latest executive order opens the door for those in federal government to withhold treatment or services from those whom they don’t support religiously.

“As the head of a religious organization, which is deeply tied to civil rights, we take real religious freedom very seriously. This order diminishes religious freedom,” said Rabbi Jonah Pesner, director of the Religious Action Center for Reform Judaism. 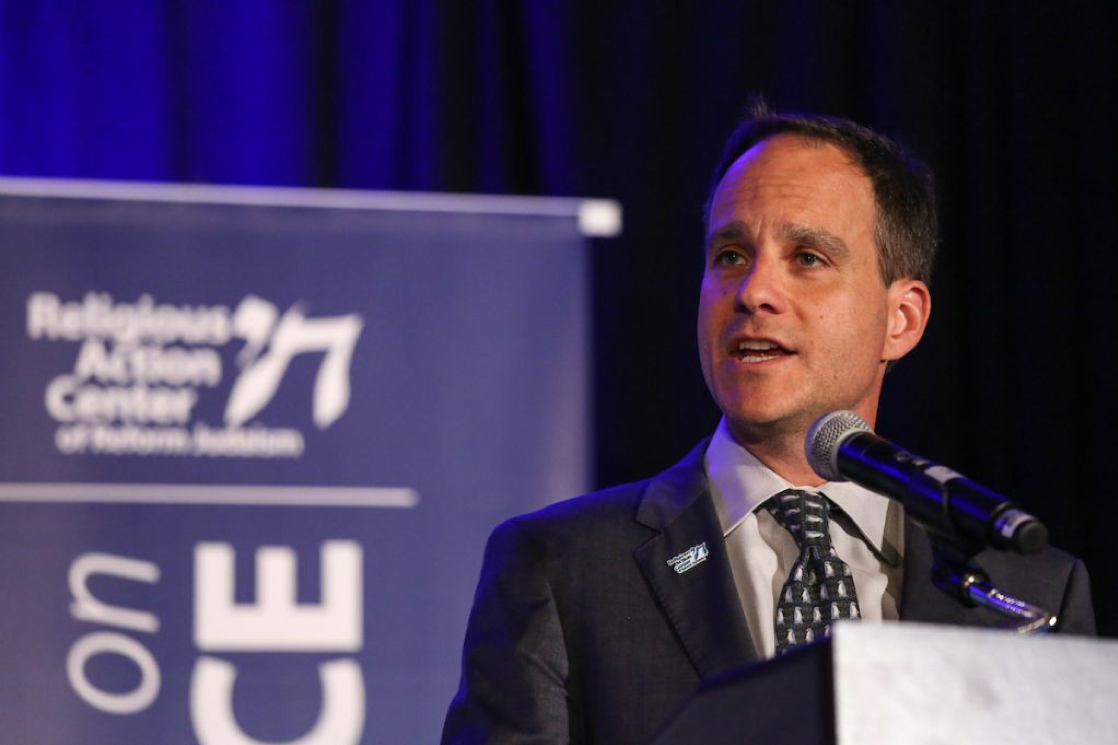 And not only religious freedom, said Lupu, rather the right of religious counsel.

“You could see problems in the federal workforce where there might be chaplains in the armed forces or the Veterans Administration who don’t want to minister to those in same-sex marriages or who are homosexual,” Lupu conjectured. “They have a duty to counsel everybody.”

Additionally, according to the draft order, “Persons and organizations do not forfeit their religious freedom when providing social services, education, or healthcare; earning a living, seeking a job, or employing others; receiving government grants or contracts: or otherwise participating in the marketplace, the public square, or interfacing with Federal, State or local governments.”

This language departs significantly from president George W. Bush’s order, which created a right of equal participation in such programs for faith-based charities, Lupu said.

The Bush order included religious groups among those eligible to receive federal funds, but there were strict rules. Organizations couldn’t discriminate on the basis of belief, they had to treat everyone equally, and they couldn’t use federal funds to proselytize or indoctrinate, Lupu said.

In a statement, Interfaith Alliance president Rabbi Jack Moline said Trump’s order would gut the Johnson Amendment, which has prevented houses of worship from being turned into partisan political tools.

“President Trump’s executive order reportedly aims to gut the Johnson Amendment and clear the way for the Religious Right to weaponize their churches for partisan battle. If the effort succeeds, these churches would become conduits for unregulated ‘dark money’ in elections, with no restrictions or disclosure requirements,” said Moline.

Born in Indiana to a Catholic family, Vice President Mike Pence is today a devout evangelical Christian and his religious beliefs are reflected in his political work. He promotes a voucher educational system in which religious schools receive state funding and also hopes to override Roe v. Wade, the landmark 1973 Supreme Court decision legalizing abortion.

“I hope to live to see the day that we restore the sanctity of life back to the center of American law,” Pence told Fox News’ Bill O’Reilly in late July 2016. “I’m pro-life, and I don’t apologize for it.” 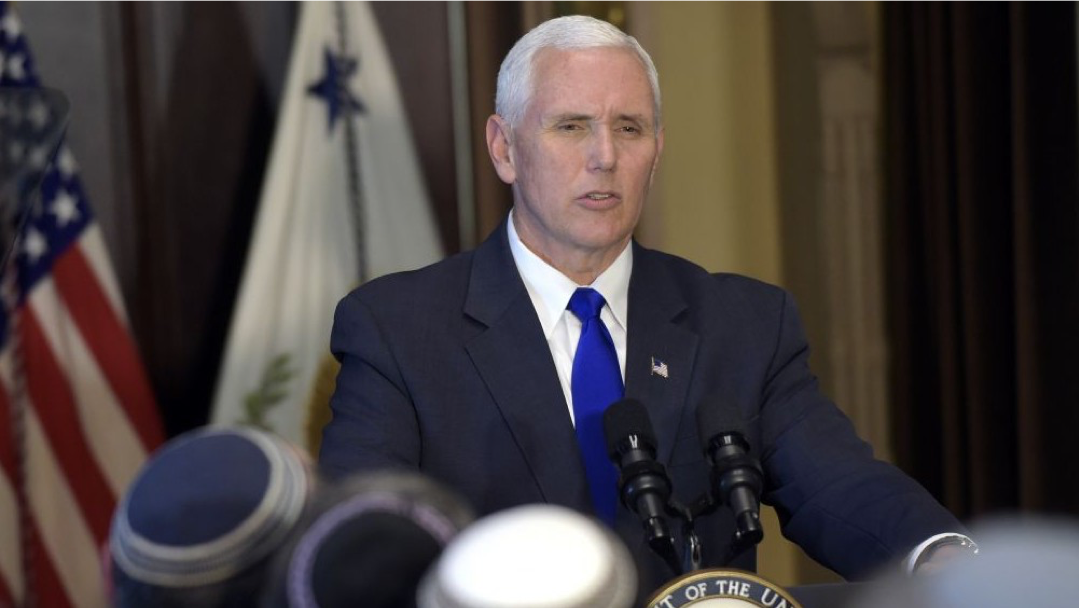 In 2015, when he was governor of Indiana, Pence signed a widely rebuked Religious Freedom Restoration Act. Civil liberties groups and businesses perceived the order as fodder for discriminatory practices and afterwards Pence signed an amendment to the law aimed at preventing its utilization against gay and trans-gender individuals. 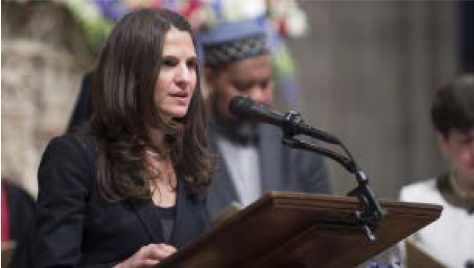 On alert for the Trump executive order’s potential for codifying discriminatory practices, upwards of 200 national faith leaders endorsed a statement put forth by the magazine Tikkun condemning what it calls anti-LGBTQ moves in the wake of the Trump presidency, its founding editor Rabbi Michael Lerner said in a statement.

“As religious leaders and people of faith, we are committed to creating a society that embraces the diversity of God’s creation and affirms the inherent dignity, agency, and worth of people of all gender identities and sexual orientations. Wecome from many places, backgrounds, and religious traditions, but we hold these commitments and beliefs in common,” according to the statement signed by leading rabbis such as Sharon Brous, senior rabbi of IKAR, Aaron Panken, president of Hebrew Union College-Jewish Institute of Religion, and Pesner.

“These bills also threaten the dignity and equal treatment of LGBTQ people in general and violate the very tenets of love and justice that are the backbone of our religious traditions,” according to the Tikkun statement.

Freedom for which religious beliefs?

Just whose religious beliefs take precedence under Trump’s new order is the nexus of its controversy.

“It’s not a Catholic thing or a Jewish thing. The inequality problem here is it lifts up certain religious beliefs and gives them more rights and religious freedom than others,” Lupu said. “It’s troublesome because it’s not neutral among faiths. Some people hold progressive views on same sex marriage and reproduction for religious reasons, not just secular.”

The order also allows people and organizations to prohibit women’s access to contraception and abortion through the Affordable Care Act.

However, in Judaism, Reform and Conservative denominations support same-sex marriage, equal rights regardless of sexual orientation or gender identity, and reproductive rights for women.

“Women’s rights to control their reproductive health is a matter of faith, therefore restricting it is not religious liberty,” RAC’s Pesner said.

Keshet, a national organization that works for full LGBTQ equality and inclusion in Jewish life, sees the order as particularly odious. 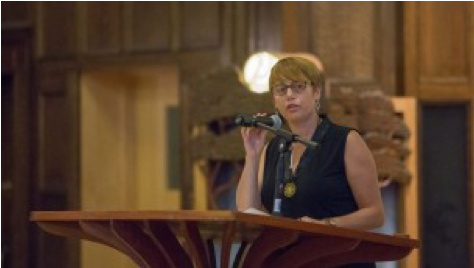 In this file photo, Idit Klein, executive director of the Boston-based Keshet for LGBTQ Jews and their allies, addresses up to 200 attendees at a Memorial and Solidarity Gathering at Boston’s Temple Israel on September 9, 2015 (Elan Kawesch/The Times of Israel)

“It violates religious freedoms and protects those with a very particular, narrow perspective,” said Idit Klein, executive director for Keshet. “From the perspective of many people of faith — myself included — it would be a flagrant violation of our understanding of our own religious tradition which holds every person sacred. Affirming LGBTQ civil rights is not done despite my Jewish tradition, but because of it.”

Since the election, Klein said Keshet has noticed a “deep sense of vulnerability and real terror, particularly among trans-gender and gender nonconforming” young people.

Many of the teens involved in Keshet programs came out during the Obama years, and even if they faced challenges at home, in school or camp, they felt the country was moving toward increased acceptance, Klein said.

“That really came to a crashing halt on November 8,” said Klein. “This executive order would be a very direct manifestation of those fears.”

The Associated Press contributed to this report.