For LGBTQ Families, Support and Friendship 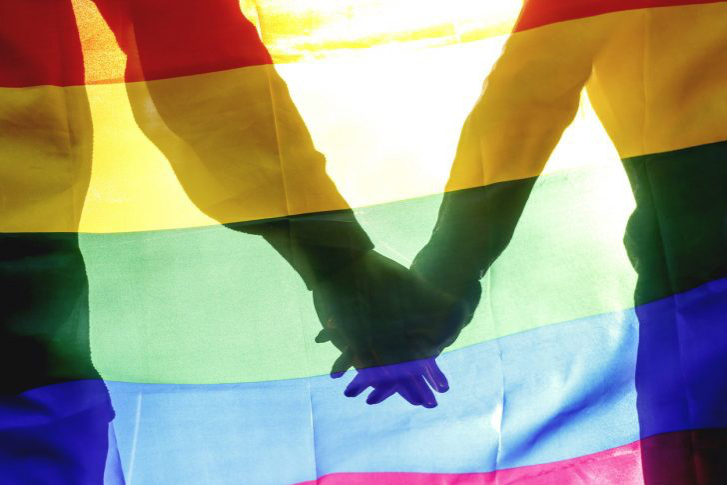 Fourteen years ago, when Nancy Smith’s son was a senior in high school, he told his parents he was gay.

“It was a surprise to us. It wasn’t something we were suspecting,” says Smith. “We both had our own reactions and our own processes. This was years ago. Even though it may not seem like the climate was different, it was. I think it was before marriage equality. It was hidden. It was a different time.”

She needed support. At the same time, other Jewish parents in Boston and across the country were grappling with the same issues and also needed resources. She approached Idit Klein, executive director of Keshet, with the idea of forming a supportive resource for parents to examine LGBTQ issues through a Jewish lens. And thus the Boston Keshet Parent and Family Connection was born.

Headquartered in Boston, Keshet promotes full LGBTQ equality and inclusion in Jewish life in a variety of ways.

“A big part of our work is doing education and training with Jewish professionals, clergy and lay leaders to help make their own institutions more embracing of LGBTQ folks,” says Catherine Bell, Keshet’s senior program and leadership director. “A lot of organizations want that from a Jewish perspective. It could be secular, but we come in with a Jewish competency.”

There are now parents’ groups across the country. In Boston, the parents’ group focuses on families at various stages of the coming-out process. Many suspected their child was gay before they even realized it for themselves. Others have children who are transitioning genders at a young age; still others have teenagers grappling with their sexuality. Older parents might be coping with expectations surrounding milestones like marriage and grandchildren. Fellow parents provide a listening ear and advice on matters big and small, from spirituality to how to navigate the holidays with grandma.

For Smith, “At the time, our biggest concern was that we wanted our child to be safe. Even today, there are places in the world and in our country where members of the LGBT community are discriminated against legally and potentially victimized. So we had concerns around that,” she says.

Today, Smith says her son’s sexuality has become a “total non-issue. We are fully supportive of him and always have been, but fully comfortable,” as are her two daughters. He lives in Cambridge, has a boyfriend and works in a stem-cell research lab. He recently completed his master’s degree. Now, she serves as a leader for other parents who are at the beginning stages of the process.

The group meets monthly. Today, it comprises eight mothers. Often, the group hosts panel discussions or collaborates with other organizations on advocacy initiatives, such as promoting awareness about a transgender rights ballot initiative in November. In addition to supporting one another, they act as mentors for parents who come to Keshet looking for support. Keshet connects these parents with members of the group, who provide advice and friendship.

“Parents may feel very isolated, like they’re the only ones in their community who have a child who’s open about his or her choices. There are issues around religious and spiritual beliefs, and coming to acceptance. I think we provide a listening ear for parents who are coping with an image that their child is not the person they thought he or she was in terms of their image and their dreams for their child and what they envisioned,” says Smith.

And although she has known and accepted her son’s sexuality for more than a dozen years, she realizes that it’s an ongoing process.

“It’s not a one-time thing. We often talk about each new milestone in your life, and your child’s life. It’s a process of coming out again and again,” she says. She still relies on the group today, even though her son is grown.

“The bottom line for us is that what we hope for our kids is that they will be healthy and happy, and find satisfying careers and loving partners,” she says.

If you or a loved one needs support, visit the Boston Keshet Parent and Family Connection.