Two Boston-based individuals—a doctor and a filmmaker, both leaders in the movement towards transgender inclusion—are being honored at Keshet‘s annual awards dinner on April 30. 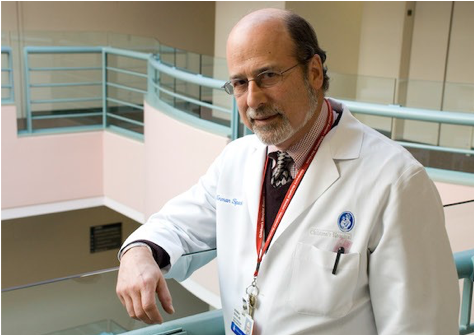 Receiving the Hacham Lev Award is Dr. Norman, Spack, an endocrinologist at Boston Children’s Hospital. According his bio on Keshet’s website:

“[Spack] helped revolutionize treatment for transgender teens. In 2007, he co-founded the hospital’s Gender Management Service clinic, the first pediatric clinic of its kind in the U.S. that treats transgender teenagers by delaying the effects of puberty. Spack has spoken widely on health care for transgender youth and has campaigned for law reform in several states to protect transgender people against hate crimes and discrimination.”

Faith Soloway, on behalf of the creative team of her film Transparent, is receiving the Hachamat Lev Award:

“[Soloway] is well-known to Boston audiences as a singer, performer, and creator of ‘Schlock Operas’ such as the hits Miss Folk America and Jesus Has Two Mommies. She is also one of the talented writers and actors on Transparent, the Golden Globe award-winning TV series that tells the story of the Pfeffermans, a Jewish family in which a parent comes out as transgender to her adult children. Created, directed, and produced by Faith’s sister Jill, the show is based on their family’s real-life experience with a parent coming out later in life.”

With more than 200 attendees expected, the event begins at 6 p.m. on Thursday, April 30, at the Artists for Humanity Epicenter, 100 W. 2nd St., Boston. Visit http://www.keshetonline.org/event/outstanding/for details.

Based in Boston, Keshet is “a national grassroots organization that works for the full equality and inclusion of lesbian, gay, bisexual, and transgender Jews in Jewish life.