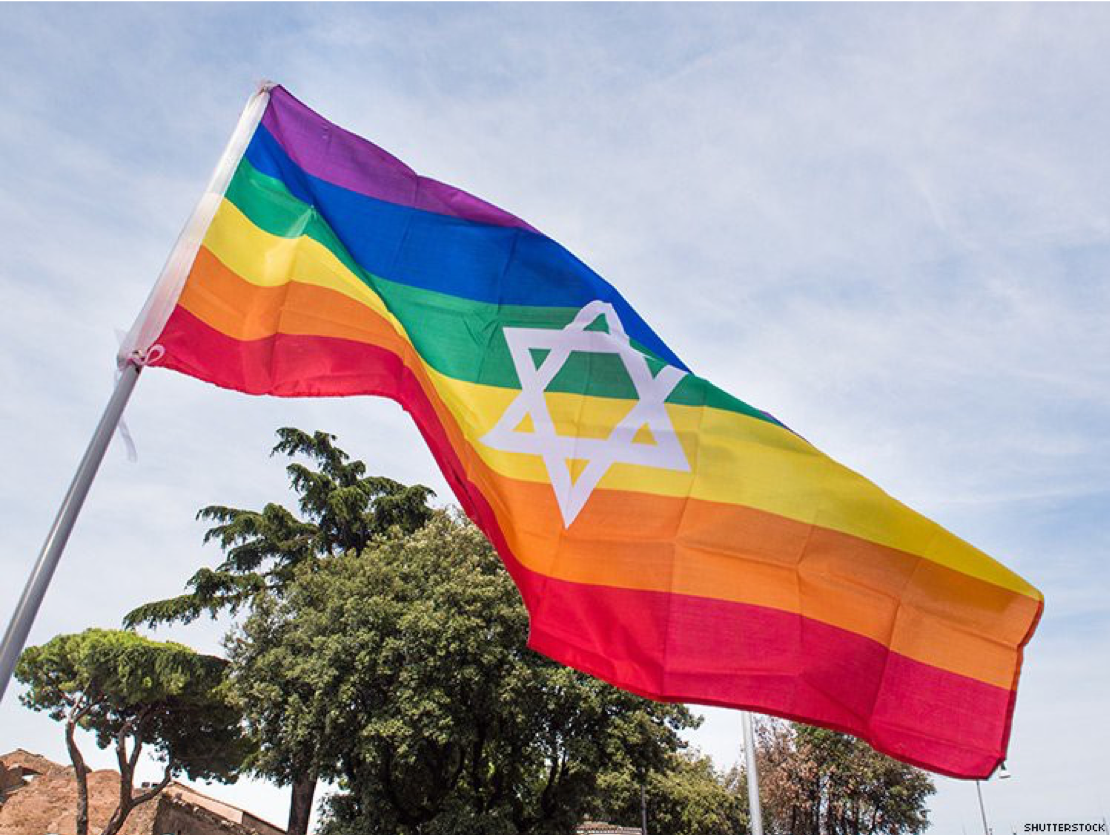 Years ago, at a National Equality March in Washington, D.C., I stood with other queer Jews and allies behind a banner that read: “If Not Now, When? The Jewish Community Supports Full Equality and Justice.” I was wearing a T-shirt with a rainbow Star of David logo; my wife held a rainbow flag with a Jewish star in the center. A group of teens from BBYO, a Jewish youth movement, excitedly approached us and declared, “We’re Jewish too!” They decided to go to the march because, as one teen put it, “We’re a Jewish youth movement, so that means we’re a social justice youth movement. We had to be here.”

I wonder what would happen today if I were to show up at an LGBTQ rights march with a rainbow Star of David on a shirt, a banner, or a flag. Would I be cheered and embraced? Would I seamlessly merge into the eclectic mass of people and identities that is the queer community? Or might I be asked to leave?

Earlier this summer, three Jewish women were asked to leave the Chicago Dyke March because they were carrying rainbow flags with Stars of David. This incident made me, a queer Jewish professional, feel vulnerable in the LGBTQ community. I could only imagine what many queer Jewish youth were feeling at a time when LGBTQ rights are increasingly under attack.

In my role as the executive director of Keshet, a national organization working for full LGBTQ equality and inclusion in Jewish life, I often think about the queer Jewish youth who come to us. Some are isolated and vulnerable; others are confident leaders who feel safe and secure.

They all hold the potential for shifting the landscape of our world in years to come. And many of them look to LGBTQ adults for guidance in navigating tensions and conflict.

Let’s face it: We adults were not at our best in the aftermath of the Chicago Dyke March. We immediately retreated to opposing camps that did not reflect the complexities of people’s lives. On one side, the Dyke March organizers, whose stated mission is to fight all types of oppression, denied that their actions were anti-Semitic. On the other side, many Jewish leaders condemned the march organizers as anti-Semites, pure and simple.

To be clear, I don’t give anyone — no matter how many marginalized identities they hold — a pass on oppressive behavior. But it matters to me that the march organizers have a history of working for justice on multiple fronts. This commitment suggests that there must be some values that the march organizers and Jewish leaders share to shape constructive conversations.

Unfortunately, that’s not what happened. The dynamics were ugly and polarizing — broadcast through social media and news headlines.

It doesn’t have to be this way.

When conflict arises again around Jewish identity and Israel in the queer community — and we know it will — there can and should be a rushing forward, yes, but into engagement rather than rupture.

As a start, I think that queer people need to understand that Jewishness and Zionism are not the same and are both multifaceted. To be a Jew is to be religious, cultural, secular, or a mix of all three. To be a Zionist is to believe that Jews have a right to a homeland, though there are radically varying visions of what that looks like and myriad opinions about the current Israeli government. Jews — Zionists and anti-Zionists alike — have been scattered all over the world with multiple cultures, languages, racial and ethnic identities, and degrees of religious connection. Living with complexity, diversity, and conflict is part of our shared Jewish experience.

We know from history that progressive social movements have struggled and, at times, failed due to ever-narrowing parameters of political positions. Effective movement building for LGBTQ liberation cannot be about ideological purity. We must honor the tangle of identities that reflect human experience and recognize that we are not all going to stand in exactly the same place at the same time. We can call, however, for an expansion of the ground on which we stand together.

Queer people have a long history of demanding that others recognize the multiple expressions of our sexual orientations and gender identities. Surely our movement is strong enough to encompass the nuances of identity that shape Jewish experience. We must have the courage to be curious and risk engagement when we don’t understand or hurt one another. Most importantly, we need to model this behavior for today’s queer youth. We owe it to them. In these perilous times, how can we do anything else?

IDIT KLEIN is the executive director of Keshet, a national organization working for full LGBTQ equality and inclusion in Jewish life. She is the executive producer of the award- winning documentary film Hineini: Coming Out in a Jewish High School.