Children’s Book About Being Jewish In A Gay Family 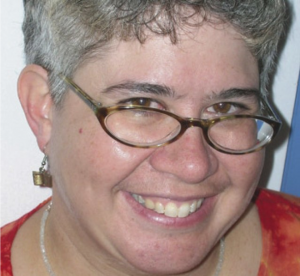 Although Nate wants to be an alien for Purim, all the other boys are dressing up as superheroes.

He asks his two dads for input and learns that it’s OK to be yourself, and that it may seem lonely at times to follow your own instincts, but doing so can also give you strength.

The book is about a gay Jewish family and being different, Kushner says. “My favourite books are about more than one thing at once, and let the reader, at least to some extent, find their own message in the story, and that’s what I tried to accomplish with The Purim Superhero,” she reflects.

“So, for one child, the most important aspect of this book may be that Nate has same-sex parents, while another may be reassured by the idea that there’s more than one way to be a boy, and someone else might like that there are aliens in it –or superheroes, for that matter.”

Herself a Jewish parent, lesbian, writer and librarian for the Vancouver Public Library, Kushner saysthe holiday of Purim presented a perfect opportunity to tell the story.

“Purim seemed like such a natural theme for a children’s book, with many of the appealing qualities of Halloween and April Fool’s Day. It’s about ‘coming out’ as yourself – Esther is a great example of someone who comes out of the closet for a good cause – and I thought that would be a good setting for a book about a kid with gay parents and a costume crisis.”

She gave her character two dads rather than two moms because, she says, there aren’t as many children’s books featuring two-dad families.

“I wanted my male protagonist to have trusted adults in his life who were also not conventionally masculine – hence Nate’s dads, who, without making too big a deal out of it, cook, and sew, and are very nurturing.”

On tour to promote The Purim Superhero, (Kulanu Toronto was scheduled to have a live chat with her on its Facebook page on Feb. 17) Kushner is thrilled her book has been so warmly received and hopes it will encourage kids to respect what’s individual and unique in themselves.

“I hope it will teach them to pay attention to the voice inside themselves that tells them what’s important to them. I think both of those are very Jewish values, and that living them takes a fair bit of courage,” she says.

The Purim Superhero is intended for kids age four through nine.