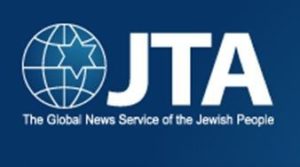 In the poignant opening frames of the new film “Hineini,” Shulamit Izen thumbs through stacks of books at her local library, searching for an answer to the following question: “Is it possible to be Jewish and a lesbian?” In the hourlong documentary, filmmaker Irena Fayngold looks back at Izen’s quest to reconcile these tensions while seeking acceptance as a religious Jewish lesbian at Gann Academy — The New Jewish High School, in Waltham, Mass.

The film includes plenty of tug-at-your-heartstrings moments, including a school assembly where Izen, known as Shula by her family and friends, and several teachers and students come out openly as gays and lesbians.

Ultimately, Izen’s courageous organizing efforts result in the formation of Open House, a support and educational group, named after the Israeli gay/lesbian organization with the same name.

With hindsight, Fayngold’s film reveals both the pathos and humor involved in the soul-searching that Izen and Gann Academy experience as they grapple with the issues of tolerance raised by Izen and her supporters.

Izen, who is now a 21-year-old junior at Brown University, is the clear heroine of the film.

But the unexpected second star of the film is Gann Academy.

“This is not the story of one girl’s activism. It’s a story about a pluralistic community struggling with contemporary American life,” Fayngold says.

At the heart of the issue for traditional Jews is a passage in Leviticus that states the traditional Jewish position clearly: “It is an abomination for a man to lie with a man as he lies with a woman.”

But others have argued that this is only one biblical passage and that Judaism should show flexibility and accept gays and lesbians.

Unlike denominational Jewish day schools, Gann Academy intentionally draws its students from all strands of Judaism and a wide variety of Jewish practice. 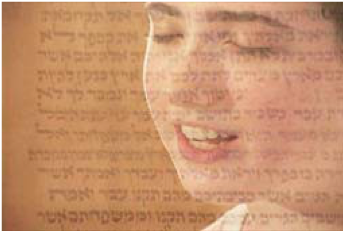 Rabbi Daniel Lehmann, Gann’s charismatic and popular headmaster, openly admits, in the film and in an interview from Israel where he is on sabbatical, that Izen tested the school’s moral foundation. “The school’s commitment to pluralism requires us to meet the challenges of a diverse Jewish community and she was pushing us” to create an environment where “diversity would have an opportunity to be explored,” Lehmann explains.

It took three-and-a-half years to make the film, explains Fayngold, whose day job is as a producer for public television.

There were bumps along the way. After originally turning her down, the school eventually allowed Fayngold access to the school’s archival material and the school’s headmaster and permitted teachers from the school to speak openly in the film.

Given the hometown advantage, it’s not surprising that “Hineini,” which means ‘Here I Am,’ in Hebrew, premiered to a sold-out audience at Boston’s Museum of Fine Arts, on Nov. 13, the closing day of the Boston Jewish Film Festival.

A second showing was added one week later to accommodate the demand for tickets. But the film’s potentially controversial theme — acceptance of open homosexuality within the Jewish educational world — has touched a chord well beyond Massachusetts, known for its status as the first-state in-the-nation to allow same sex marriage.

Requests for film bookings have been pouring in from Atlanta to Berlin, according to Sara Rubin, executive director of the Boston Jewish Film Festival and Idit Klein, the film’s producer and executive director of Keshet, an educational and activist organization for Boston’s Jewish gay, lesbian, bisexual and transsexual community.

The film is next scheduled for a Dec. 11 screening in Washington. Rubin is not surprised by the buzz created by the film.

“Gay and lesbian films are in demand,” she says. “We usually show a few every year.”

But to Rubin’s knowledge, Hineini, is the only film that focuses solely on a Jewish high school. Klein says Keshet has received a $25,000 grant to produce teacher guides to be used in conjunction with the film.

Nationally, about 4 percent of high school students identify as gay, lesbian or bisexual, a percentage Klein thinks is mirrored in the Jewish community.

The film was funded by an anonymous donor who initiated the idea for the film after hearing a presentation by Izen while she was a student intern at Keshet. Lehmann, the headmaster, who was in Boston for the opening, has a few reservations about the film, one of which is the portrayal of the school assembly, which does not reveal the school’s extensive involvement in planning the program.

This kind of detail would be instructive and valuable to other schools, he says. But it is legitimate to focus on Shula, he says. “You never know what people will create. The school is portrayed pretty fairly. It reveals some of our best traits and some limitations,” he says, adding that he hopes the film is helpful to other people and institutions.

The film also makes clear that Izen had unyielding support from her family.

“I was lucky,” Izen told JTA. “My parents were amazing. My mom said, ‘you are doing this fight, but I’m supporting you.’ It gave me strength and something to fall back on,” Shula says.

Four years after it was created, Open House has co-sponsored some effective programs, says Isaac Pirie, who appears briefly in the film as a supporter of Open House.

Pirie, who has also graduated from Gann, says Open House falls a little short because it cannot represent the school at statewide meetings of gay, lesbian and straight students or participate as a school group at the gay pride parade.

The distinction in the policy adopted by the school’s board is explained in the film by Jonathan Sarna, who chairs the school’s religious policies committee, but how the board arrived at that decision is not explored.

After seeing the film, Sarna, the Brandeis University historian who is one of the pre-eminent scholars of American Judaism, says the movie was an eye-opening experience.

“Hineini” will be showing across the United States in the coming months. In addition to the screening in Washington on Dec. 11, the following Jewish film-festival dates have been announced: Atlanta (January), Austin, Texas (January) and New York City (April). It also is slated to appear in Maine, Philadelphia, Pittsburgh, Denver, Kansas City, Seattle, Toronto, San Francisco, Hartford, Conn., and Vancouver. Dates for these screenings have yet to be announced.